After an excellent (but somewhat tiring) Glastonbury it’s back down to earth with a bump. No better way to get the juices flowing again than finding a wall and applying some paint. For ‘Ol blue eyes’ we thought we’d go for a slightly different style of stencil and see what comes of it. I’m quite pleased with the end result and the fact that despite that he’s smiling there is a certain menace to it. This all seems to add up to me as i’m sure i have a slight case of coulrophobia (fear of clowns) and the picture is based on a photograph of a statue of a clown’s head. It turns out they are pretty evil after all…

Comments Off on Ol’ Blue Eyes

Being a slow loris Mumble loves plenty of stuff – food, sleeping and getting tickled to name but a few. But the thing he loves most is creeping up on people. He’s the king of it. It’s in his genes and he just can’t help it.  So here he is creeping up on yet another unsuspecting victim.

Slow lorises are an interesting animal as they are one of the few mammals with a posionous bite (although it’s quite mild and has apparently only one related human fatality – but that was down to anaphlyactic shock) but due largely to the exotic pet trade and also the fact that they are used in traditional medicine (for their supposed ability to ward off evil spirits) they are now an endangered species. Which is pretty sad when you think about it. Especially after watching the viral video of the one getting tickled… 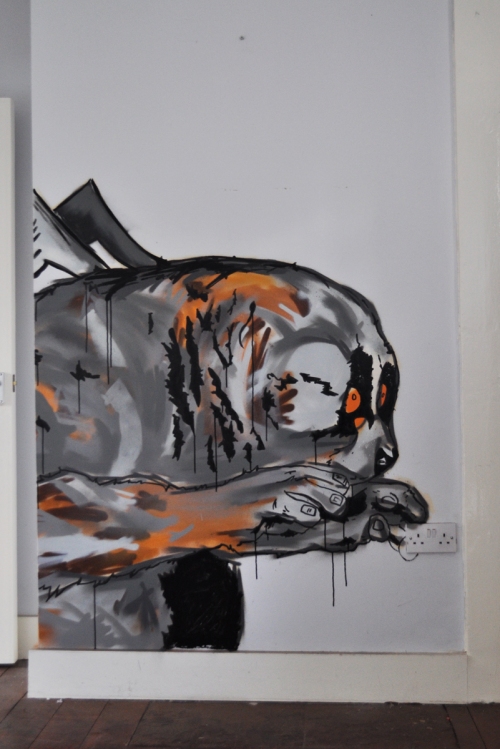 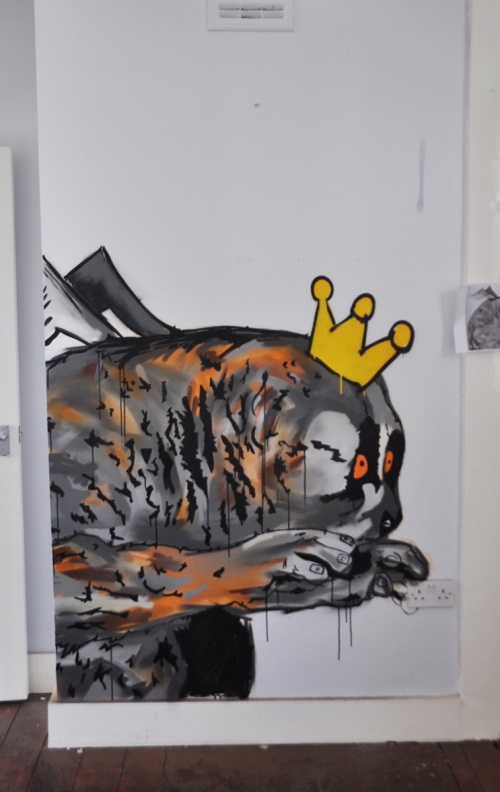 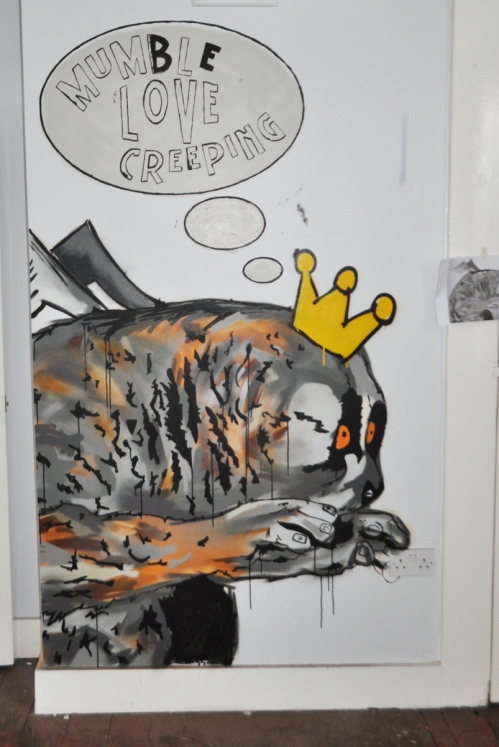 Comments Off on Mumble love creeping! 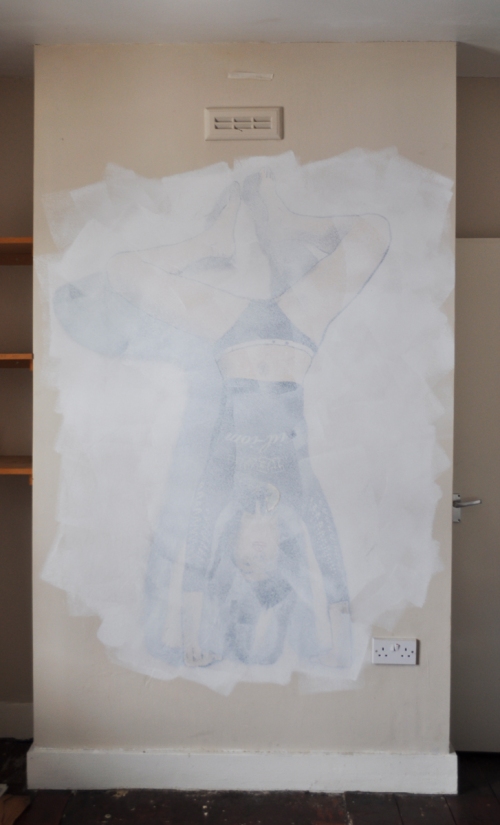 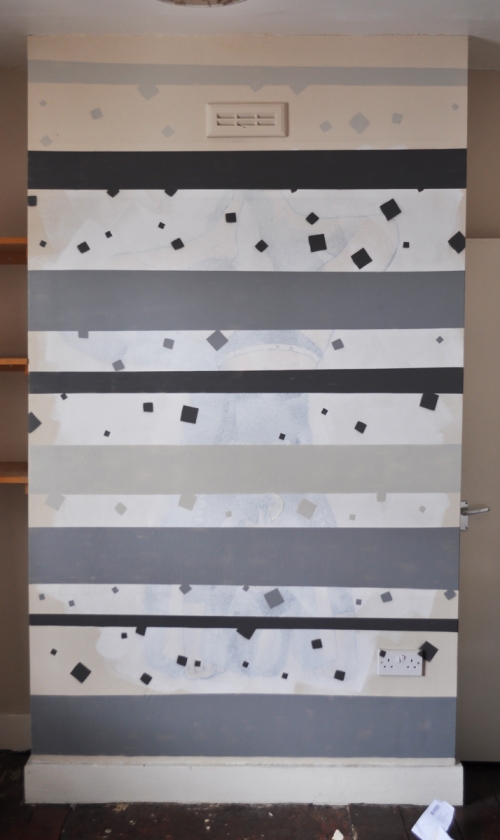 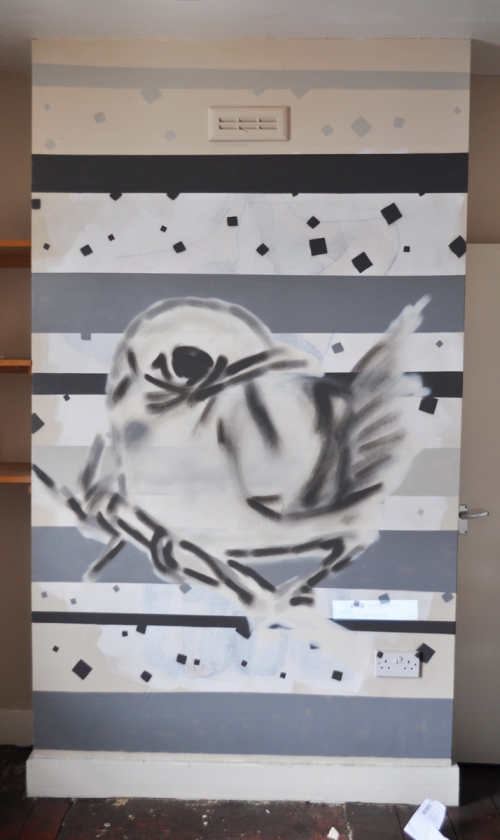 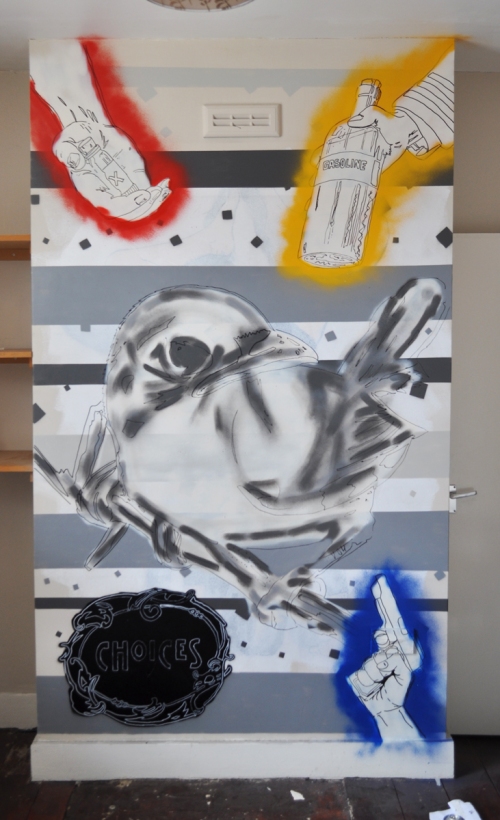 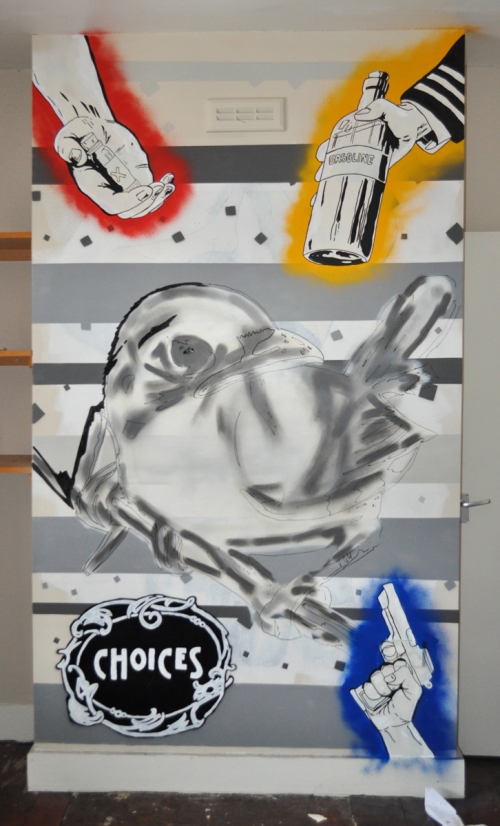 Where you wheelie bin?

The line obviously suggested placement on a wheelie bin and i think the coup de grace was coming up with the QR code which links to a version of the joke on the internet. How very technically advanced this little jape is! I was just going to leave you to work our how to read the QR code on your own but as someone pointed out there are probably relatively few people with a QR code reader on their phone so I’ll give you the link that the QR code takes you to – click here

I think as a trial run/initial idea i think this works well and so now we just need to take it to the next level. Watch this space!

Apparently chess has been around in it’s current form since the 16th century (and even then is based on an earlier Indian game called Chaturanga) and is a classic game of strategy and guile. I learned to play many years ago although it has been a long while since i’ve put my knowledge into practice. So if anyone fancies a game just let me know.

Anyway we were faced with a big empty table and had to come up with a snappy design to put on it. Some thinking/drinking time later we came up with the idea of a games table – and what better way to while away some time in the pub than an oversized chess board. In order to give it the id-iom twist we decided to design our own chess pieces for use on the board and after a quick bit of tinkering we had some half-decent pieces constructed which wouldn’t get easily lost or broken in the pub.

So, let’s play a game! How many of our customised chess pieces can you identify? There will probably be a prize for the winner if i can find something we can send out. For larger shots please see our White Horse flickr set.

We got back from another succesful UPfest in Bristol last night and were just glad that we managed to get the bulk of our work done on Saturday – when the sun was shining, the crowds were plentiful and the beer was flowing. Sunday turned out to be a different story but at least we managed to get our piece completed and still had time for a good look around.

After an early start on Saturday morning (following some feverish last minute preparations) we managed to make it to the Tobacco Factory for about 11.30 and then onto the Spotted Cow for a midday start. As we were a little late in arriving we got no choice in which boards we got but i think that eventually worked out to our advantage. Once we’d got disco-bag set up we got off to a quick start as we had plenty of work to be getting on with. By about 8pm we were pretty much done for the day so packed our stuff up and headed out for a few (more) beers. Whoever thought of putting us within such easy reach of alcohol in a pub garden certainly has a lot to answer for…

After a night on the town and a very rainy start to the day we return to the Spotted Cow to finish up to find that that some rogue decorators had obviously taken umbrage at our piece and had decided to show us a taste of our own medicine by wallpapering over the whole lot of it! It would also appear that the Grey Ghost Guards were around in the area (possibly in collusion with the rogue decorators) and looking to have our piece cleaned off the wall. Luckily we have some security footage so all will be revealed once we’ve had a chance to examine it and identify the perpatrators…

Anyway we did our best to remove the wallpaper and expose our image underneath resulting in a decayed and battered looking wall with the legend ‘Beauty is in the eye of the beholder’. I’ll get those pesky Daily Mail reading rogue decorators and Grey Ghost Guard critters if it’s the last thing i do…

For larger versions of any of the images please visit our flickr page.

Comments Off on Upfest 2011 – mysterious goings on…

It’s that time of year again when we pack our kit and take a roadtrip to Bristol for the annual paintstravaganza that is UPfest. I have also just had something of a morale boost as I’ve checked the weather and it’s looking lovely on both Saturday and Sunday – which is definitely good as we’ve given ourselves a fairly experimental design to go for which will require us to be working on both days – if we manage to get it all finished in time!

This is certainly a weekend to be looking foward to especially with good weather predicted and plenty of friends to catch up with. We’ll be painting at the Spotted Cow pub (a pub? like that’s a good idea!) – and hope to see you there…

Below are our efforts from previous years – and a little taster of what we are preparing for this year’s wall. In 2009 we were working by the river and came up with ‘Love is like a 9mm slug to the heart‘ and then last year we painted ‘No colour above plimsoll line‘.

We’ve also got an idea for a video to go with this one which, if  we manage to get all the footage we need to, should be top shelf all the way. Watch this space… 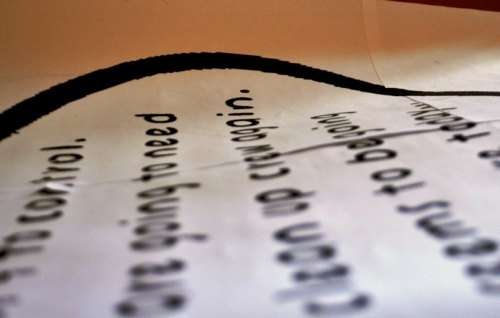 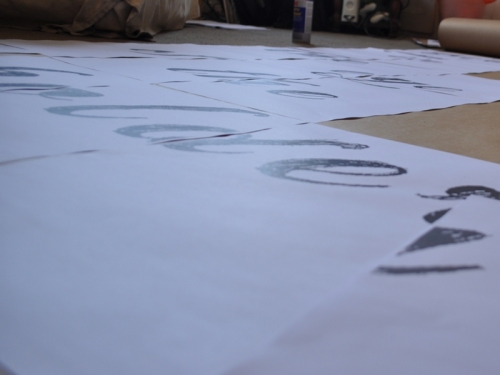 2010 piece – No colour above plimsoll line 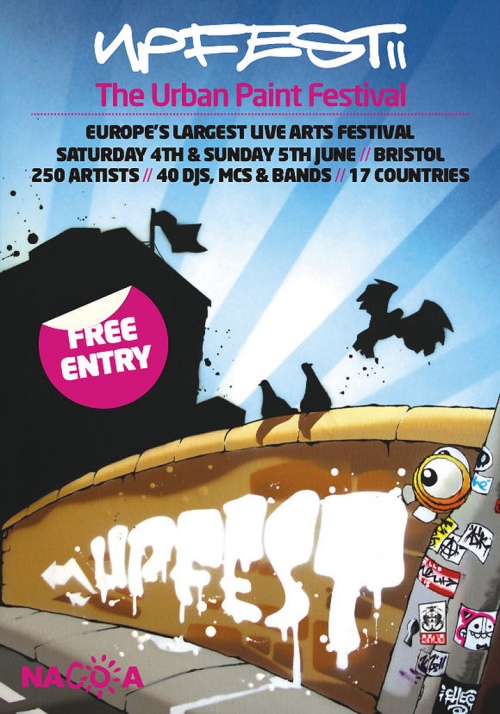