The funk of forty thousand years…

It’s amazing what a little musical inspiration, some cardboard and a camera can get you. I reckon this is a good case in point. There i was, minding my own business listening to Thriller on the stereo when the muse came down and whispered a plan in my ear. A short while later I had myself an authentic Michael Jackson gravestone and a zombie hand. A homage to Thriller it was to be.

I was originally intending to get this out on the anniversary of Jacko’s untimely demise but unfortunately Glastonbury got in the way so I present it now rather than wait until next time. You should definitely watch the video again in all it’s 14 minute glory. Top notch stuff.

Comments Off on The funk of forty thousand years…

There’s not really too much to say about this one other than I was already doing some bits on cardboard and was intending to go and take some photo’s so thought a mole escaping from his underground burrow would make a good shot. More of an experiment in execution than anything else. At least (i think) I’m getting better with the camera and now even know what some (but definitely not all) the dials and buttons do. I’m not entirely sure what I make of it myself other than Mr Mole looks remarkably happy to be free from his subterranean prison. I think i’ll just leave it at that… 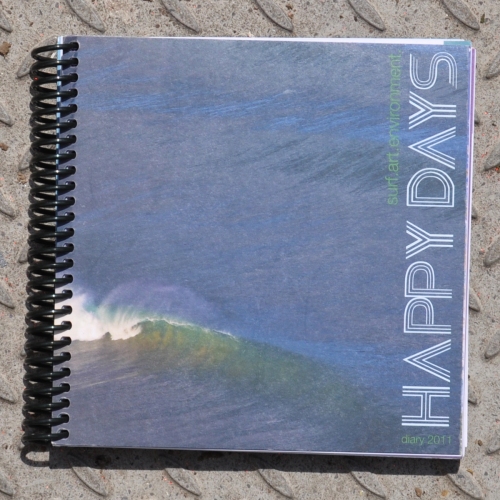 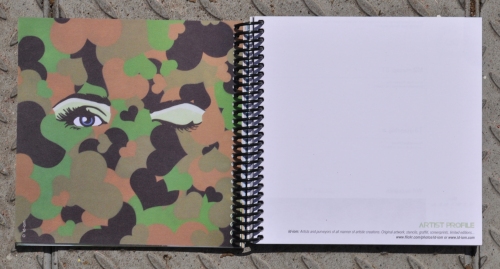 Despite the fact I grew up by the sea I have never been surfing – but then it was the Isle of Man which is hardly renowned for it’s world beating surf. Anyway, we have recently been asked if we’d like to feature some of our work in the upcoming Happy Days 2012 diary. The Happy Days diary is an Australian created diary focusing on ‘oceans, surf, art and the environment’.

As we already had some of our work in the 2011 edition, combined with the fact we are hardly over-exposed in Australasian market we thought we’d go for it again. Obviously the 2012 edition won’t be available until later in the year but if it sounds like your cup of tea you can visit Happy Days diary for further information.