I know this is late as it was obviously due to be completed in time to for Christmas. A little light partying just got in the way. Like they say, the road to hell is paved with good intentions. Ah well, better late than never. We have had the X Factor judges heads cut from earlier in the year from a PR job that never quite got off the ground. Rather than let them go to waste we decided to have a little yuletide fun with the lilliputian likenesses of their heads. Oh what a lark!

We hope you had a good Christmas as we certainly did. Bring on New Year’s Eve!

Comments Off on It’s 1 million % no-el from us!

If only the teams were even…

If only the teams were even...

Much like the kid we featured just the other day this child also has a steely look of determination in their eyes. I think it’s a fine sentiment to try and illustrate. To me this  the feeling when you know the odds are against you but you are willing to go down fighting. It’s a simple case of not caring that you are going to lose and carrying on regardless in the hope of taking a couple of their side out as you go down swinging.  In fact, the more i look at it the more I get the feeling the kid is some kind of adolescent Rambo who’d mess you up just as soon as look at you. I should probably start working on some fluffy rabbits or unicorns before all i’m drowned in a sea of angry looking juvenile delinquents…

Comments Off on If only the teams were even…

I never really read superhero stuff as a kid

The funny thing about this piece is that i did read superhero stuff as a kid. Ha! Hey, irony, try that one on for size! I have a huge treasure trove of comics stashed away at home, an almost encyclopaedic knowledge of comic trivia and have even worked at a comics publisher. So there. Anyway, i digress. Today’s offering proved a little troublesome as we weren’t quite sure of what to do with her face. Have it blank like a superhero mask? After a few different attempts we ended up with the current ‘blank with teeth’ minimal look but I think it looks better than the other iterations so i’m sticking with it this time…

I’m not sure if you will have seen a film called Super (which i quite enjoyed – maybe i should start doing film reviews too?) but the girl in this picture reminds me of his female sidekick Boltie (played by Ellen Page). The short clip at the bottom is from Super and pretty much sums up the tone of the film – so if you like the clip you’ll probably like the film.

Ellen Page as Boltie in Super

Comments Off on Superhero stuff…

You can’t help but notice that Christmas is on it’s way now. We are inundated with strange & nonsensical perfume and supermarket ad’s, there’s Christmas songs playing non-stop and I also heard some carol singers this morning (I actually quite like carol singers and they are one of the things i like about Christmas). All this accompanied by freezing conditions and high winds. What other time of year could it possibly be? To throw our santa’s hat into the ring we bring you ‘Dead Bad Shot’. I think perhaps the only festive thing about it is the fact that it features a lot of red. Like Santa’s outfit or Rudolph’s nose.  And blood.

The boy with nothing to lose and everything to gain

The boy with nothing to lose but everything to gain

Look at this little tyke. Just look at him. You can just tell by the slightly sullen yet steely look in his eye that he’s on the warpath. He was probably involved in the riots or lives on the wrong side of the tracks. You get the feeling that someone has taken something of his and he’s pretty determined to get it back. Or something like that anyway.

To be honest it can be quite trying to put words to our pictures but i do enjoy doing it as taxing my lexicon can be a motivator in itself and sometimes it allows you to show some of the thought processes behind the piece. Although saying that i’m not entirely convinced that explaining yourself is at all necessary (surely someone can make their mind up about whether or not they like a piece without knowing anything about the artist, what it’s about or why it was created?)

Sometimes the write up is just froth off the top of my head to give an otherwise puzzling piece some levity. Either way it is what it is and this kid is still not very happy with you…

I love our studio… Just yesterday for example I was tidying up our ‘paper storage’ area and came across a small selection of the one and only proper print we’ve ever put out. It’s a four colour print on top quality A2 paper (well, strictly 3 colour and one varnish layer) and was created by a real professional (it’s just too frustrating to try doing multiples with our current set up!)

Anyway, as Christmas is on the way we are offering these little beauties for just £50 (including postage to anywhere in the world!) so buy now – before they are all gone!

I don’t think the motivation behind this piece is entirely difficult to imagine… If you haven’t worked in an office then you can’t imagine how lucky you are. If, however, you have worked in an office then I’m sure you can appreciate the sentiment behind this piece.  You only really have to spend a day in just about any office to know what i’m on about. Office politics, bickering, backstabbing, blame. You name it. In fact, that feeling is probably one of the reasons I love doing art so much. No one (well almost no-one) to answer to or to tell you what to do. And any credit (or otherwise) goes directly to you. No boss trying to take the credit (or pass the blame). Ah, the life of an artist…

Comments Off on The Office… 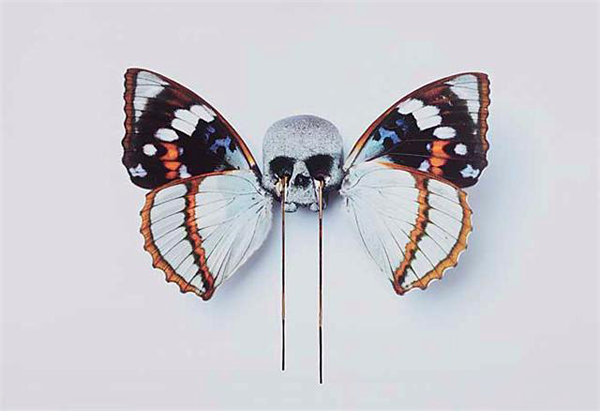