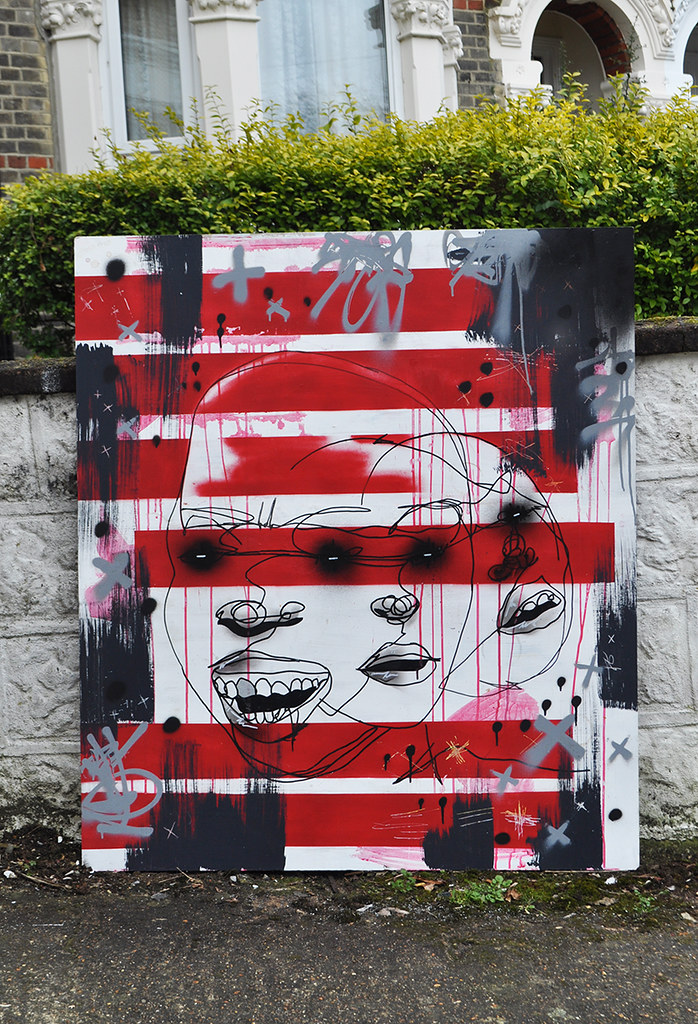 Once upon a time we had a table with a glass top. After one party too many that was a jumble of shards. So we replaced the glass with an appropriately sized piece of MDF to serve as the new tabletop. This was painted up with a jaunty design but over the last couple of years has become smeared and stained with a wide range of substances. So it was time to give it a little facelift…

Cue the white masonry paint and a bit of waiting for it to dry (whilst amusing myself with Lizard Lick Towing on TV) before I grabbed a couple of cans of inspiration/beer from the fridge and set to work. For some reason I settled on some kind of triple deity. But the deity doesn’t look very happy. I can’t wait for the weather to improve then hopefully I’ll motivated to do something a little cheerier…

Comments Off on Hekate 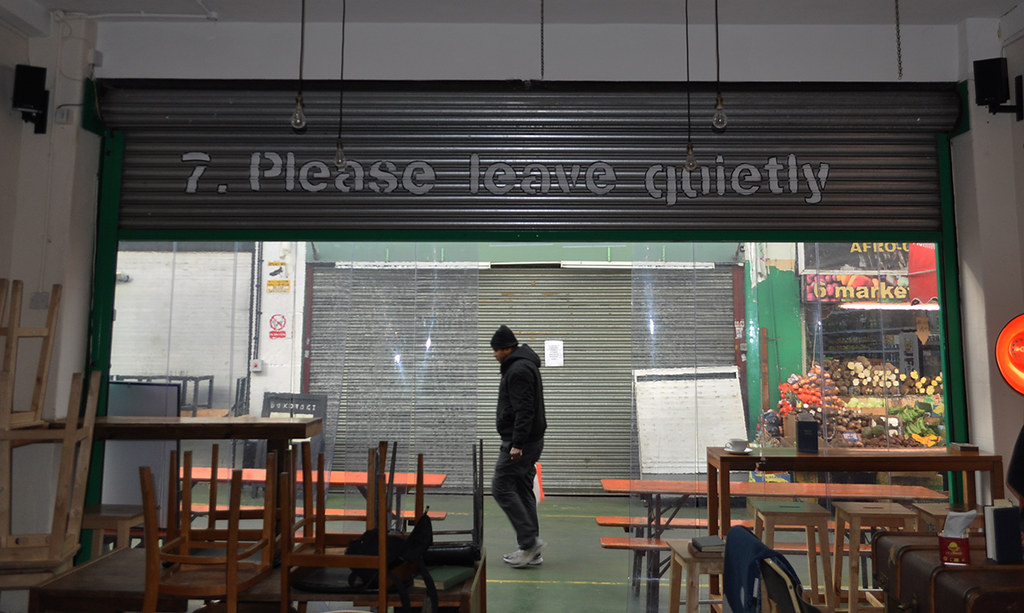 We have painted down at Seven a few times before but this time we were asked to do a little bit of sign writing as they wanted the inside of their shutters painted to ask patrons to please leave quietly. After watching the video below i certainly don’t think i’ll ever be as good as these guys…

The art of signwriting video

She’s a generous 42 x 46 cm in size and is made using pastels, ink and charcoal. Signed on reverse.

Comments Off on Banzai!