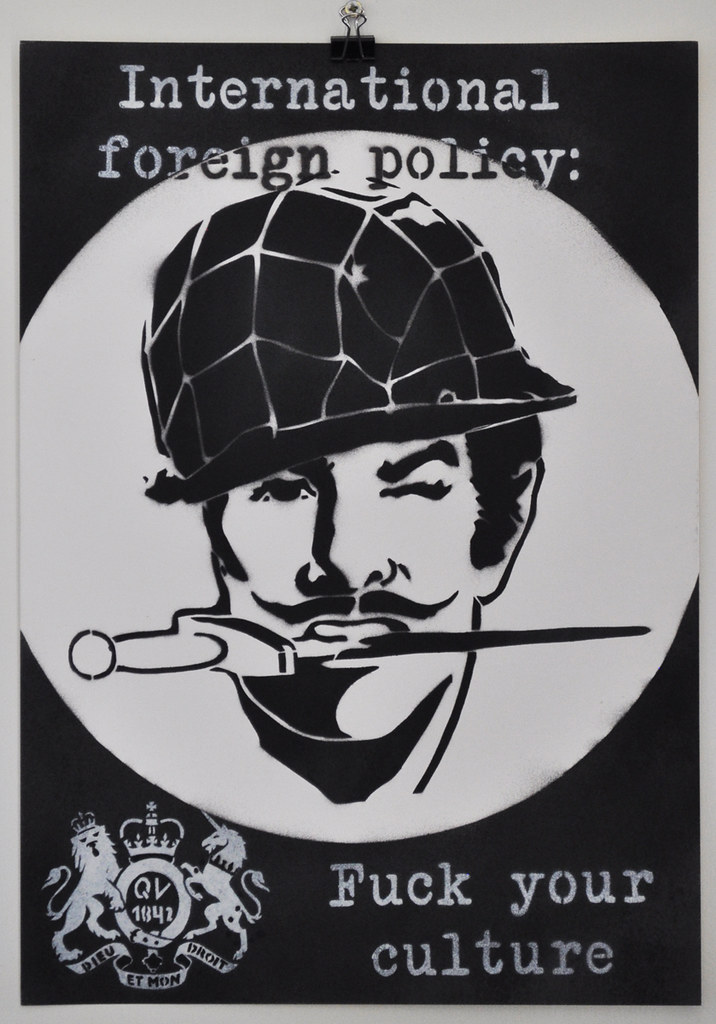 There I was in Nanjing doing some work in my capacity as international archaeologist adventurer when i happened across an important archaeological artifact that sheds some light on Victorian international relations. It’s a small fragment of the original Treaty of Nanking that was presented to the Chinese by the British after the treaty was ratified by Queen Victoria and Doaguang Emperor in 1842. This was, of course, back when the British Empire was really something to behold and British foreign policy was perhaps a trifle more aggressive.
As befits my part-time international adventuring job (sadly it pays better than art) I hastened the document out of the country at the first opportunity from under the noses of the curious authorities (therein lies another tale for another time). Nonetheless it is an interesting curio with a certain historical value that should fetch a handsome sum from some museum or other. I believe Queen Victoria had thought it amusing to get this decorative addition made up so they would get the message that little bit more clearly and respect our swagger. How simply delightful!

It’s A3 in size and is made using the magic of spraypaint, stencils and paint pen. Signed on reverse.