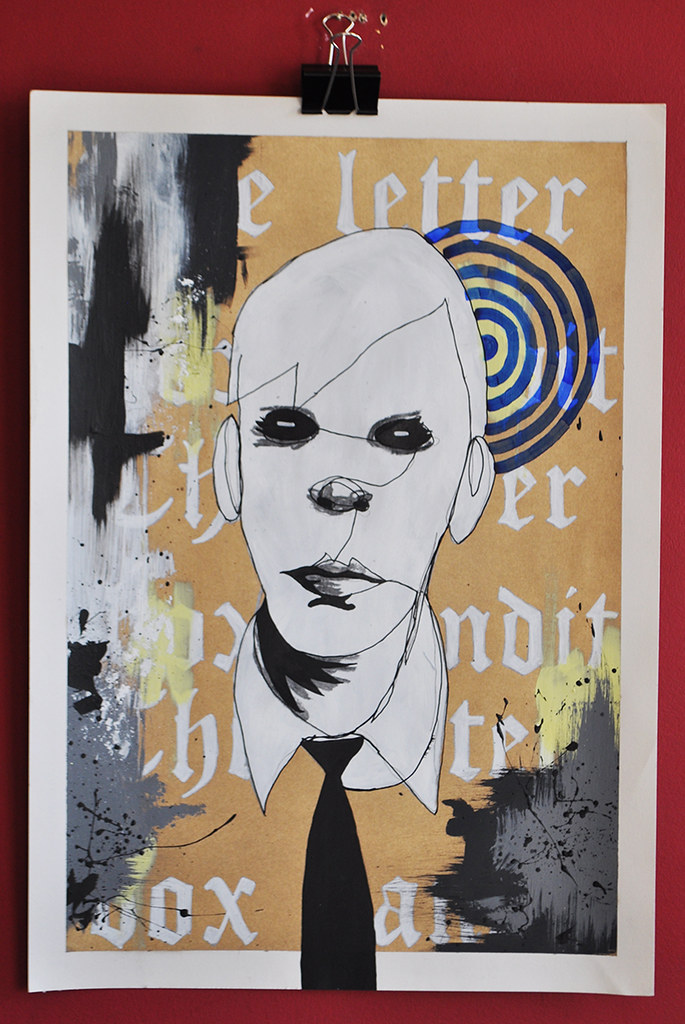 You may have already seen something very similar to this image and that’s because we used it as the basis for a large scale wall piece we did on Sclater Street in the East End a few weeks ago. This piece was actually painted first and the wall was based on it rather than the other way round.

The Letter Box Bandit comes from a newspaper article I read, about someone who was going around stealing post out of peoples letter boxes. You have to wonder why you would bother doing such a thing because most of the letters I receive are bills or adverts. It just seems a complete waste of time. Supposedly this thief was quite determined though and carried his campaign of thievery on for years. Maybe he had a list of all the local birthdays…

Although there wasn’t a picture accompanying the article I was wondering what kind of person would be a letter box bandit and I came to the conclusion he would look like some sort of odd school teacher who has nothing better to do with his time after he’s been let out of school at 3 in the afternoon. He’s got a few hours before his wife or friends finish their work and he doesn’t want to spend it in the pub as he’ll just be drunk before anyone gets home, so he decides to embark on a criminal crime wave and become the letter box bandit…

Comments Off on The Letter Box Bandit