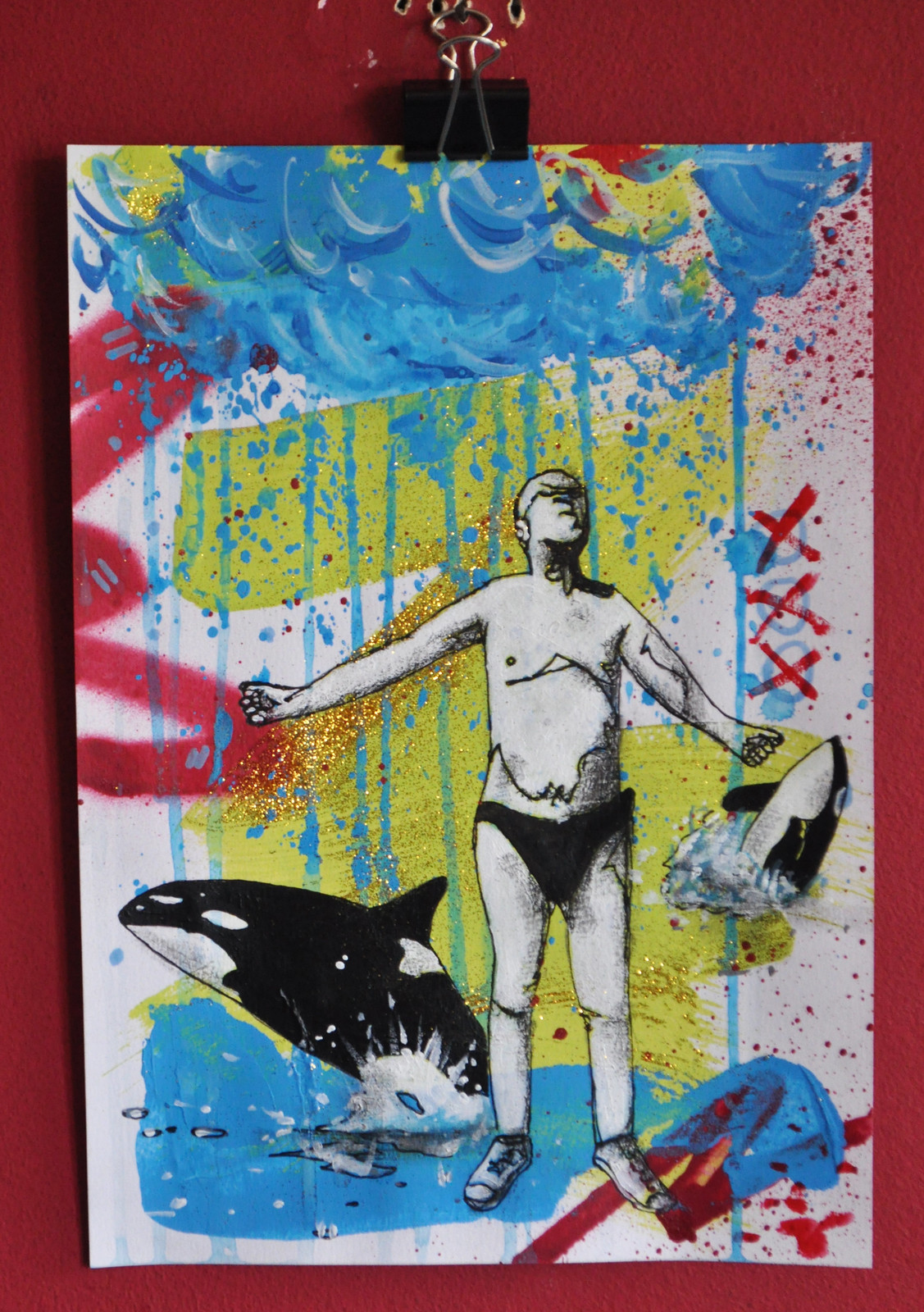 I know it’s hard to believe but the guy in this picture was actually raised by a pod of killer whales. Two of which you can see in the background keeping an eye on him. He was lost overboard as a small child when his parents were undertaking a dangerous marine migration in a tiny boat in order to find themselves a better life away from their war torn country.

Quite why the orca’s didn’t gobble him up is difficult to say. All we know is that they taught him their ways. And now he swims the oceans with his pod ever vigilant for signs of marine trouble (and assumably his parents). They’ve helped sailors and animals alike. There are now rumours that if you’ve got a (marine-based) problem and you can get in touch with Mister Blackfish then maybe, just maybe, he’ll turn up with his pod and they’ll do their best to sort you out…

Comments Off on Blackfish