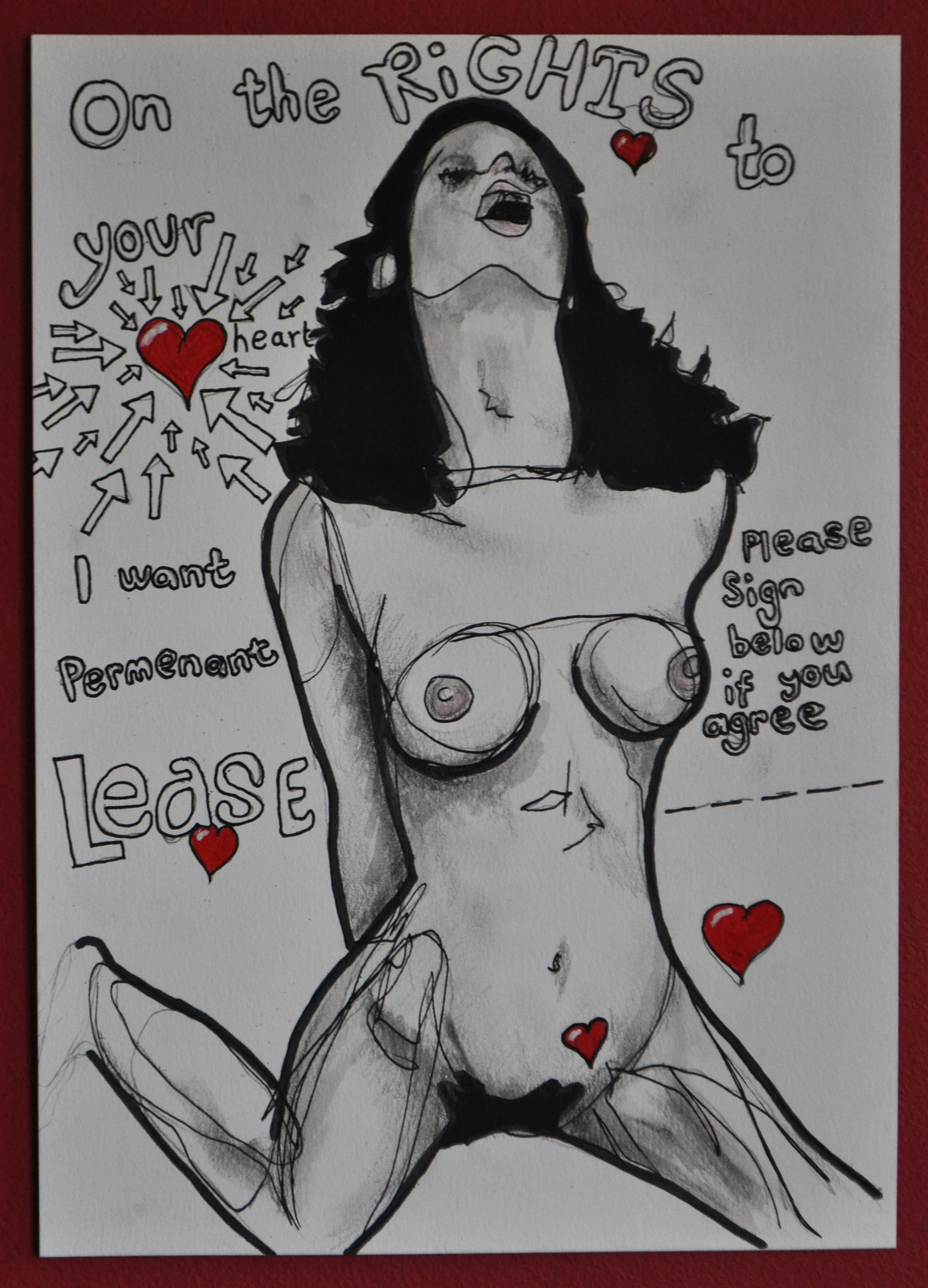 Depending on what age you are you might well remember the Shamen song ‘LSI (Love Sex Intelligence)’ which was released in 1992. I haven’t thought of the song in many years but there I was painting away with the tunes on random when the song explodes out of the speakers to traverse through my ears only to lodge deep in my brain. Despite concerted efforts to rid myself of this earworm within a couple of minutes I could think of nothing more than the chorus repeating unheeded on a loop in my noggin. I’m not sure if it was a good thing or bad thing that I couldn’t remember any more verses but the chorus was enough. I was in deep so after a brief bit of internet research (which means I played the YouTube video and had a quick look at the song’s lyrics) a half-formed idea had planted itself in my minuscule brain and after some percolation would reveal itself on paper as the piece you see before you now, which I cunningly title ‘L.S.I’. That was enough to rid myself of the earworm for the time being. But it’ll be back. It’s just a matter of time…