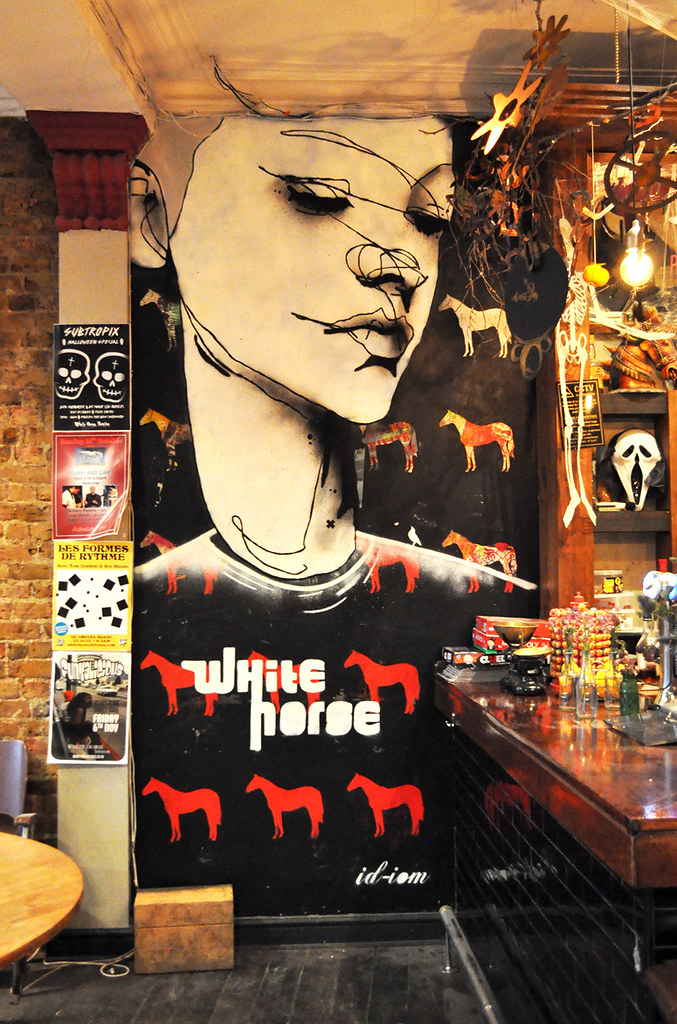 After a few years the wall by the side of the bar at the White Horse had become a little worn and weary and that’s no wonder with hordes of partygoers causing havoc near it every Friday and Saturday. We were asked to give it a new lease of life whilst still keeping as much of the old piece as possible as the owner really liked it. So off we went to put our collective thinking hats on to try and come up with something even more spectacular – but also the same. A tricky brief if ever we’ve had one.

After a enjoyably small amount of time an idea popped in to our head and that was all it took. Once it was approved the next stage was actually painting it which took a little longer than I anticipated. I said it could be done within the hour (edit – he actually said half an hour) which was a little too optimistic, it took us about 3 or 4 hours due to the fact that we ran out of paint and had to make a swift move to grab some more. Even with all these problems we managed to get it finished before the pub opened for business. Job done. Phew.