Skin and Bones – We got a gun! 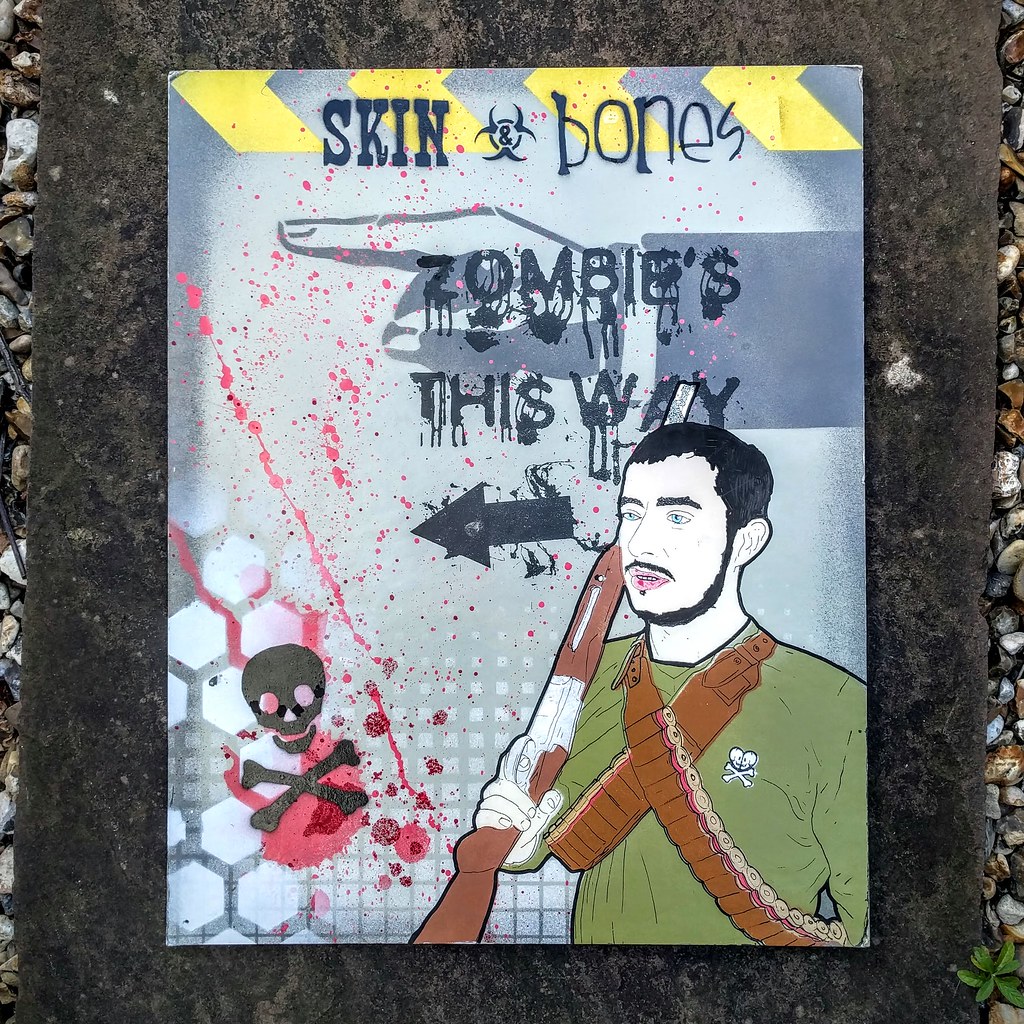 In my continuing efforts to drum up some interest in the zombie book I’ve written I’ve done another small artwork based on it. Here we can see that they’ve finally got a gun. Now, I’m not entirely sure of the real world use of a gun in most zombie situations as it surely just attracts more of them to your location – which is the last thing you want – but it’s definitely a good backup. In this instance they are taking some revenge and trying to find their friend. Don’t worry too much as they are mostly doing it from the confines of an armoured Range Rover. Here’s a little taster:

“Eventually the car finds it’s way to the cricket pitch and they drive a slow circuit around the outside of the ground. I want to jump up and signal their attention but something tells me to be wary. They pull up beside the bonfire just as one of the school kid zombies from earlier emerges onto the south edge of the field. The driver guns the engine and the Range Rover pulls forward on a collision course with the zombie. I can hear the sickening crunch of bone even from my position some distance away.”

Comments Off on Skin and Bones – We got a gun!