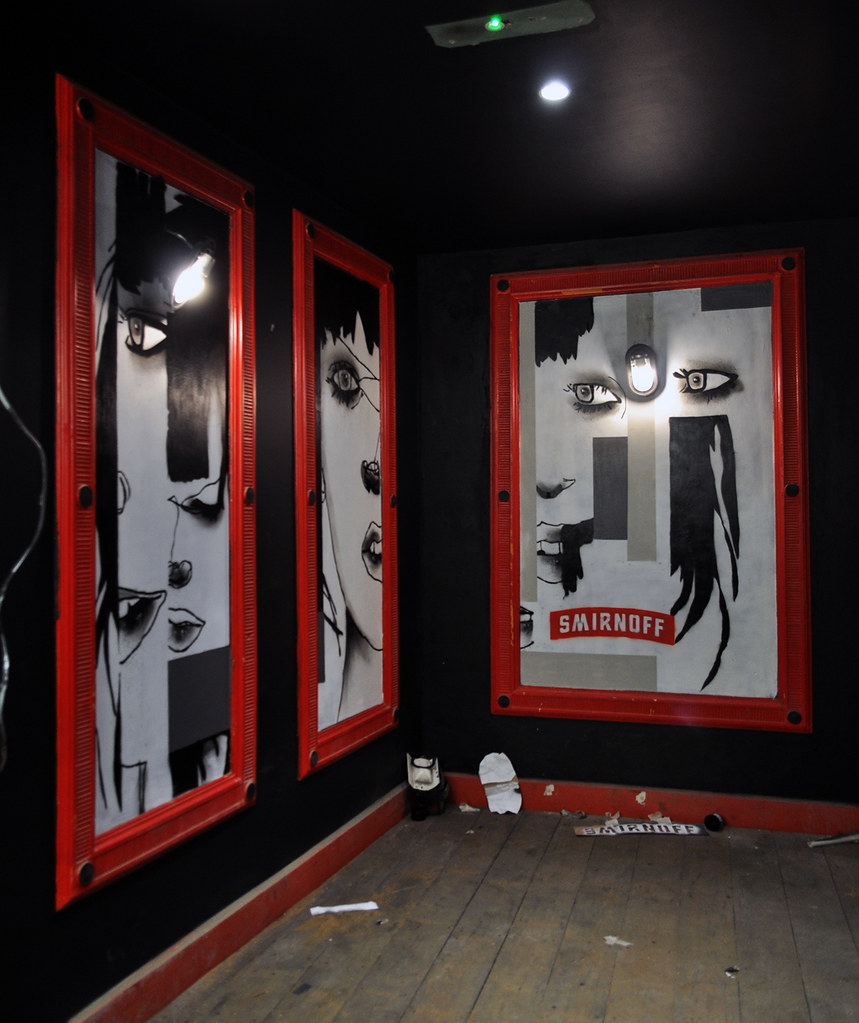 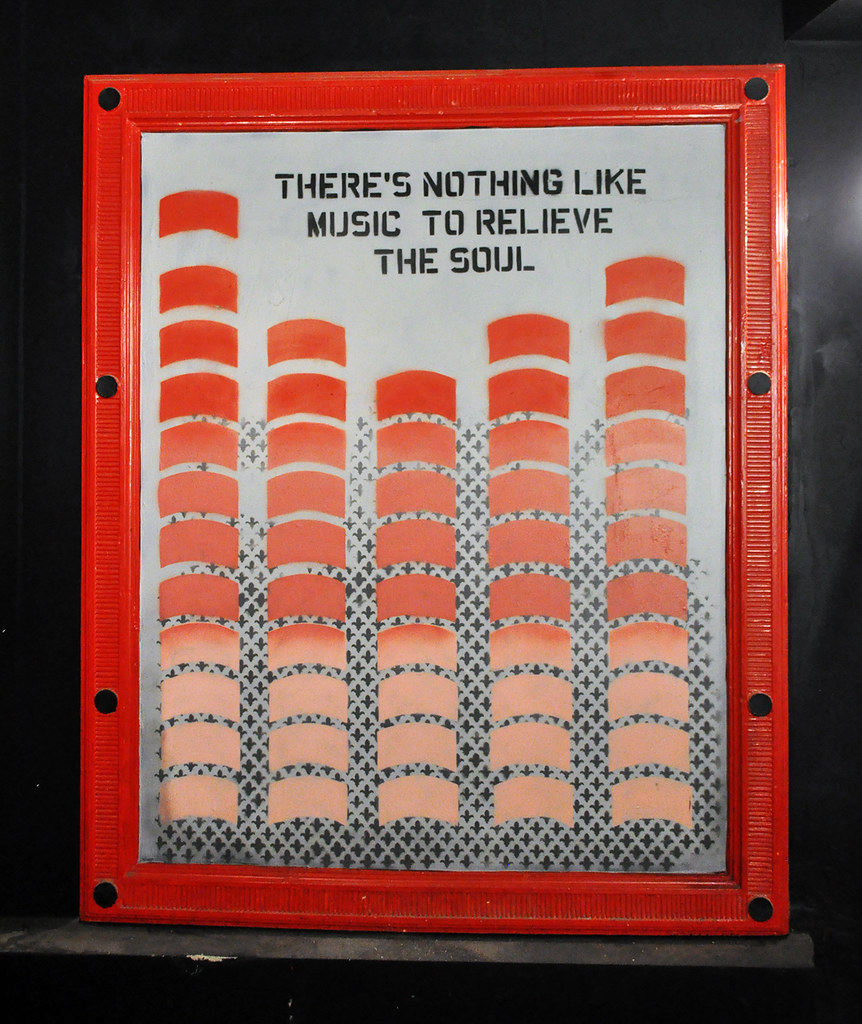 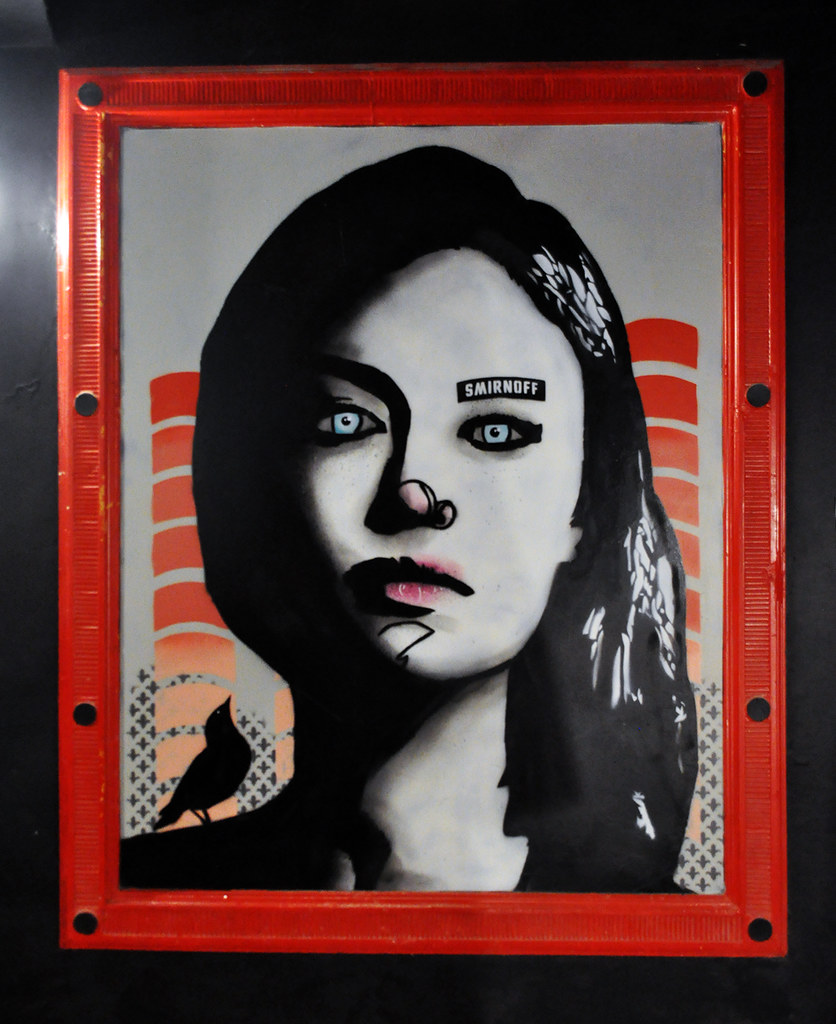 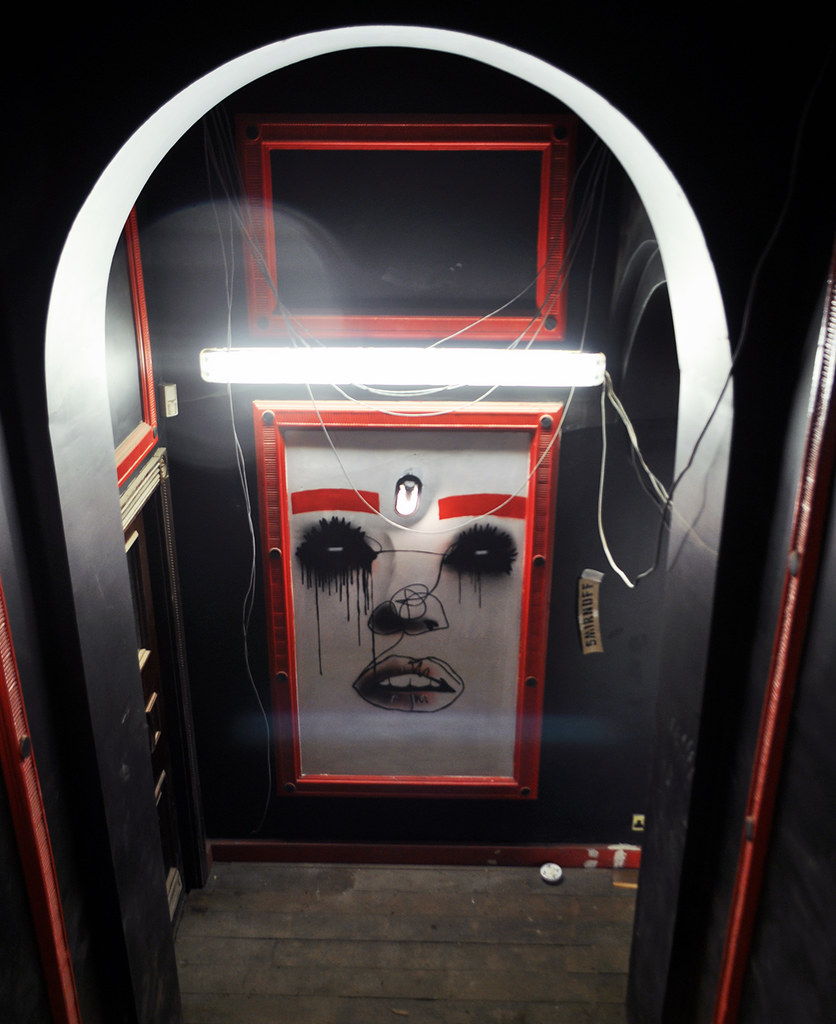 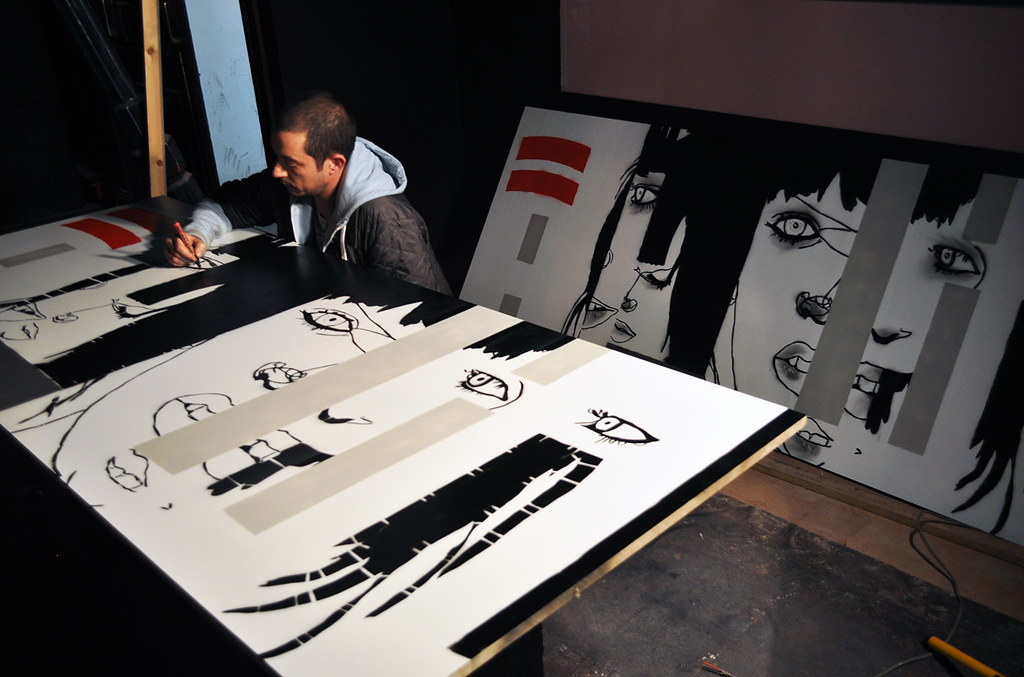 There’s nowt id-iom likes more than a road trip so when we got a call from Smirnoff about doing a few murals for the imminently opening Coyote Ugly in Cardiff we thought it sounded like fun. If you’re not familiar with Coyote Ugly (there’s also a film of the same name based on the original Coyote Ugly in New York) they’re a chain of bars featuring dancing bartenders who will leap onto the bar and throw some shapes at the drop of a hat. With the coyotes practising their dance moves in the cavernous main hall as a backdrop we set to work giving the place a touch of id-iom flavour.

Apart from a couple of errant light fittings in the middle of our paint spaces that we weren’t aware would be there it was reasonably smooth sailing. Thankfully though, after a little head scratching and a bit of jiggery pokery with the designs, we managed to make it seem like the lights being there was always part of the plan. A highlight of the trip was finding a couple of donkeys to take a selfie with whilst out for our lunch. We’re easily pleased.

Comments Off on id-iom v Coyote Ugly: round 2