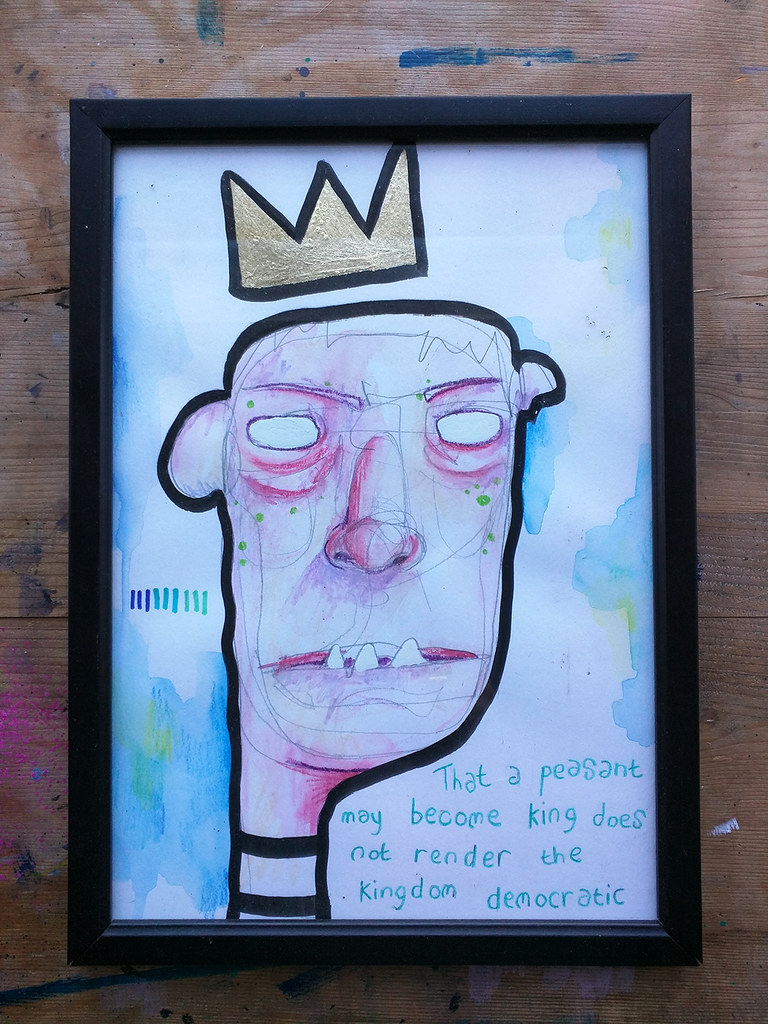 I did this one a while ago but since America is about to get a new president I thought it might be about time to get it on. I have to admit that originally it had nothing to do with Americas incumbent president but the similarities are striking between him and our reprobate of an associate Sir Asmund Quayle’s quest to become the new head of FIFA.

At the time Sir Asmund had just won the election to become FIFA’s new head. It would seem his well-deserved reputation of being a shameless rapscallion and self promoter had finally worked in his favour. Thankfully he does not see his spectrum-wide ineptitude in understanding the complexities of his position and his lack of willingness to dish out the appropriate backhanders as reasons why he can’t fulfil his new role. In fact he sees them as reasons he will do his job better than his predecessor. And who’s to say he’s not wrong. Only time will tell.

As an aside, it’s not me directly calling Sir Asmund a peasant but just a quote I found on the internet by Woodrow Wilson that I feel sums up this bizarre situation perfectly.

Comments Off on The Incumbent