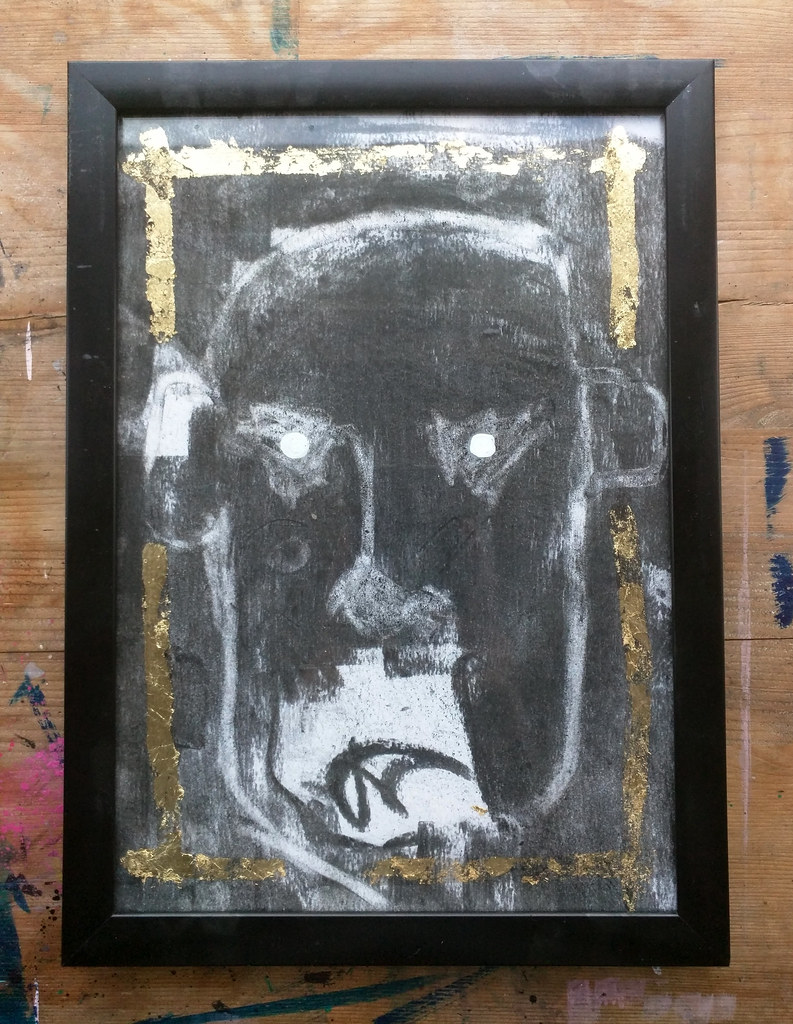 I was walking down the street just the other day when I notice someone in a balaclava approaching. I’d have to admit that I was a little wary as it’s not every day you see someone all masked up bearing down on you. Before I could work up much more concern a man dressed smartly in suit and tie came around the corner carrying a large plank and proceeded to beat the masked victim to the floor. He didn’t seem to be in much pain as he was laughing the whole time it was happening. It seemed that it finished just as swiftly as it had all started and the suited man lurched around the corner with the plank under his arm – never to be seen again. The masked victim on the other hand lay of the floor laughing to himself and muttering under his breath ‘I told him to take the right lane’ which, in itself, was quite scary. I don’t remember much else as it was all a bit of a blur but I managed to shakily sketch out this on the bus home. As he was masked its not much use as a photofit though…

Comments Off on The Masked Victim