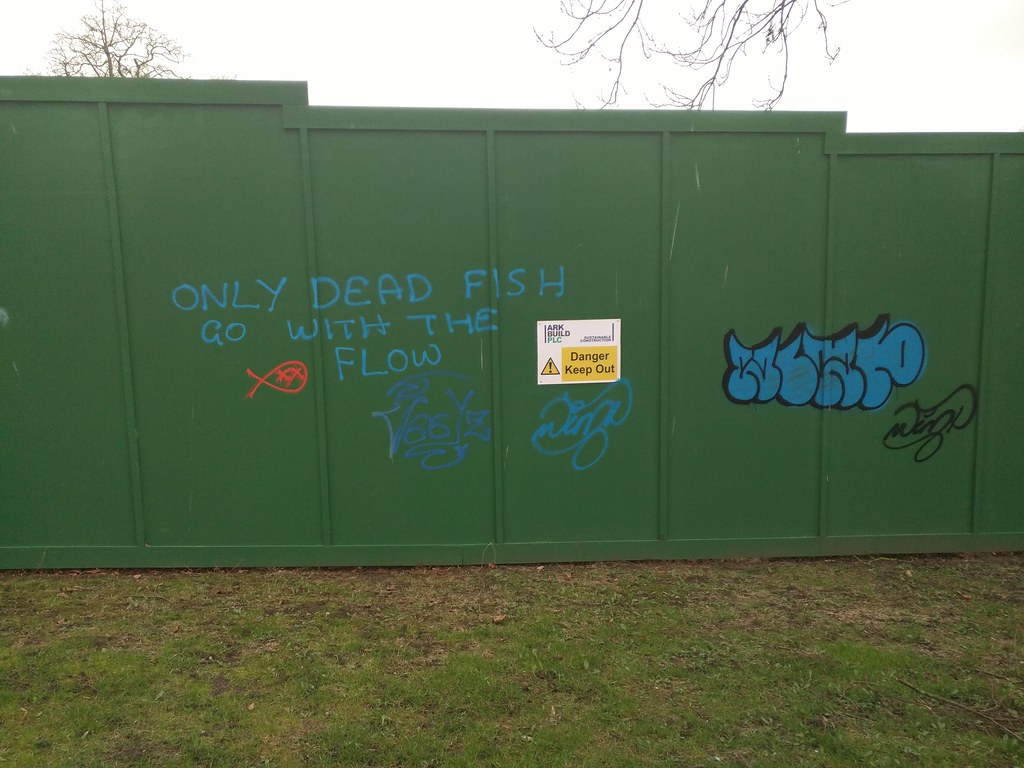 So for our next instrumental of ‘Other people’s graffiti’ we have this absolute classic from an unknown street artist. Now apart from the hard hitting message which seems somewhat socially motivated you have to wonder what this person was doing with a spray can in the first place. It would seem from their can control that they’re new to the game but that hasn’t stopped them from getting up which i have to admit i do admire. Is it just a punk spraying on a wall or is the person going to become one of humanity’s big thinkers? I’m just not sure…

Comments Off on ‘Other people’s graffiti’ – Palace Road