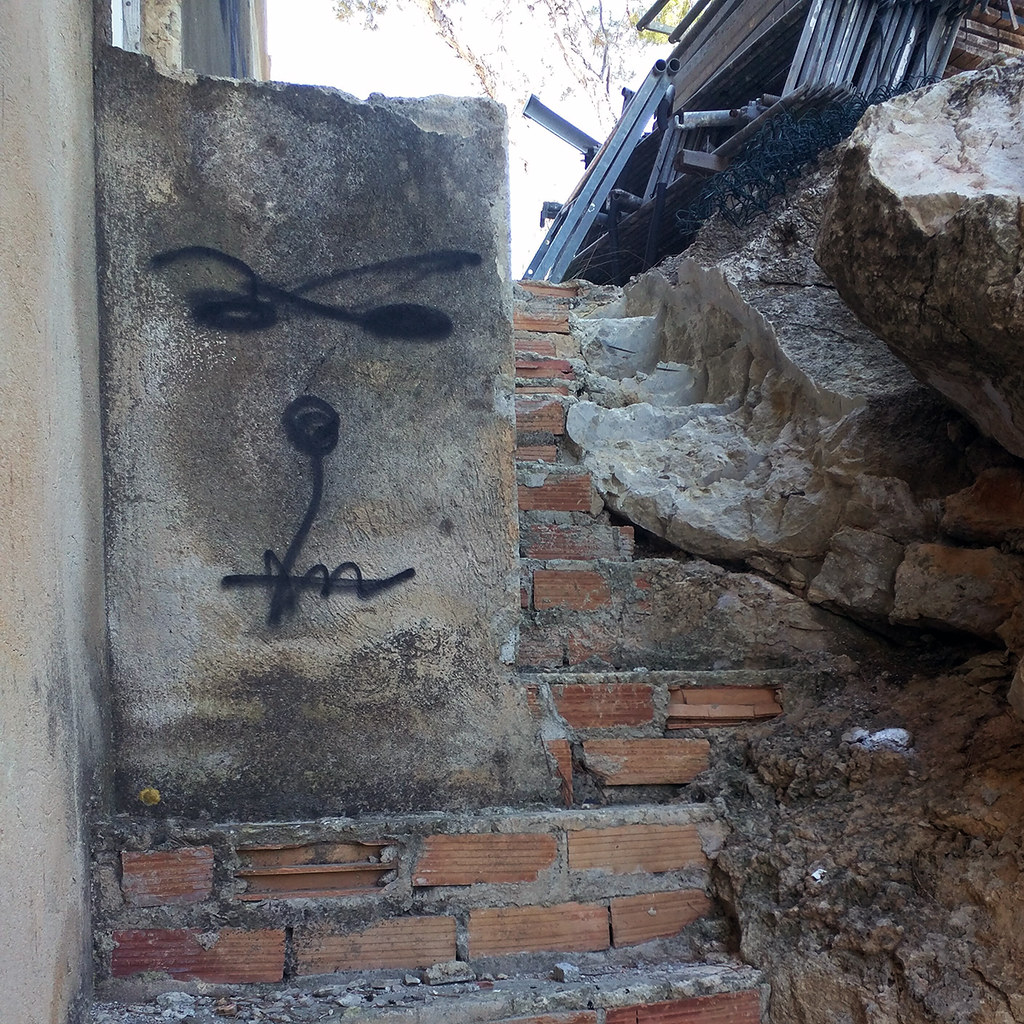 We’re very much down with the notion of leaving your mark. Often times it’s something that has been thought through and developed but sometimes it’s just a cheeky bit of vandalism. Anyway, I really like this photo so there you have it.

Comments Off on Making your mark 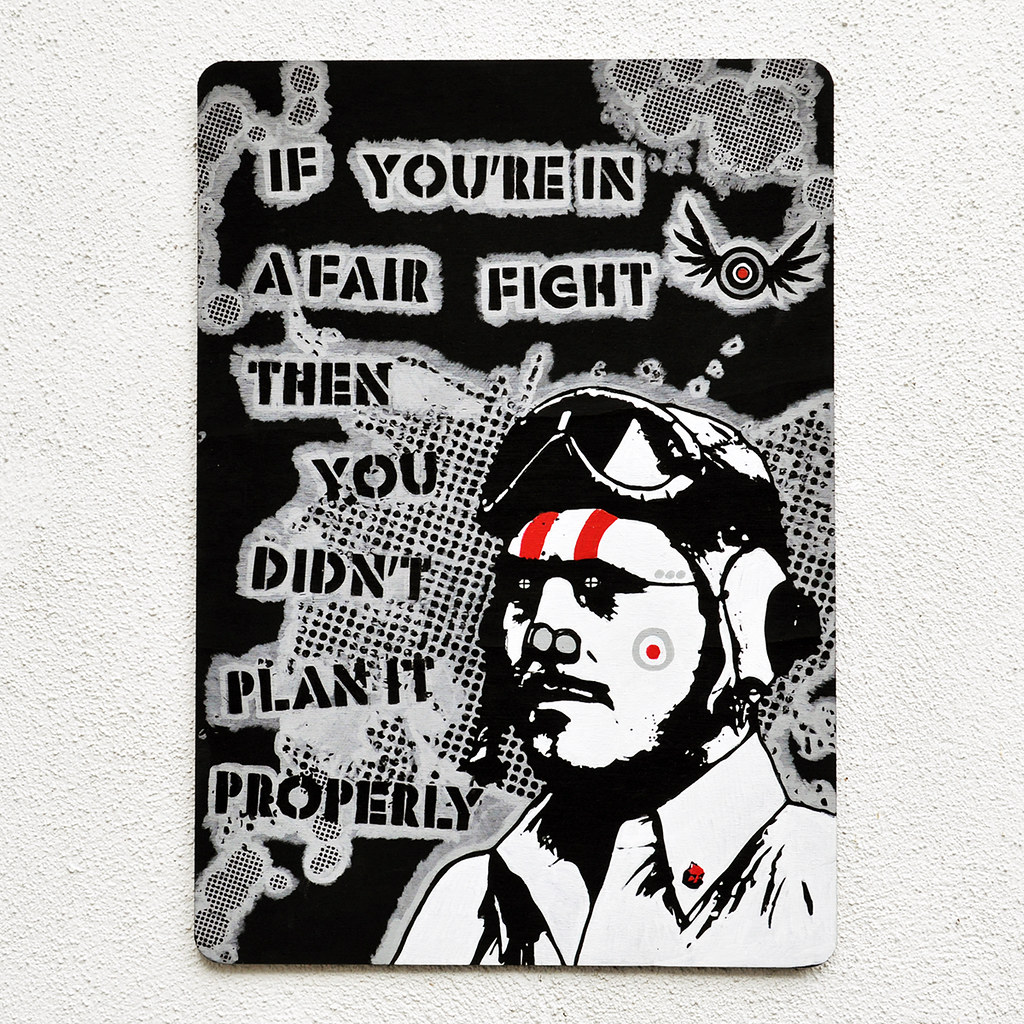 Two of the seven 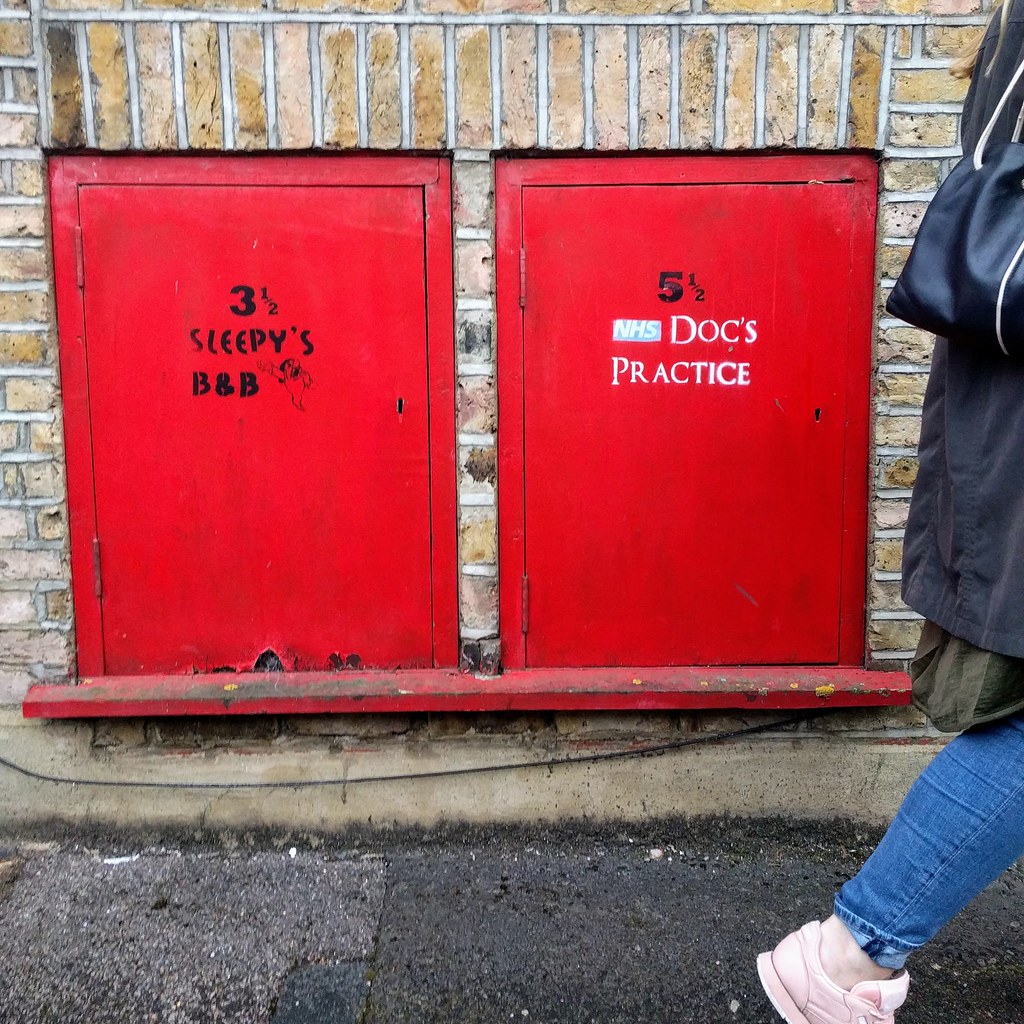 Two of the seven

So we painted this for two of the seven many years ago now but it’s nice to see the guys are still in business in Brixton. Both Sleepy and Doc moved here long ago with the very modest proceeds from the Disney movie (being new to the film industry they didn’t understand their legal rights and signed away all their potential royalties!) and they now live side by side running their own ‘small’ businesses. As you can see Sleepy runs a successful B&B whilst Doc has his own thriving medical practice. I could find little information regarding the whereabouts and well-being of the other five as there seems to have been some kind of acrimonious split following the release of the movie. Maybe time will tell…

Comments Off on Two of the seven I was accosted the other day whilst perusing the aisles of my local supermarket. There I was browsing through their extensive range of packaged meat when someone sidles up beside me and says ‘Keep your eyes straight ahead. Nod once if you want some Clarky Cat.’ I slowly shake my head and just catch a glimpse of the mysterious man next to me. By the time I fully look round all I can see is his back receding swiftly down the aisle. A little shaken I abandon my shop and dash home but unfortunately this was the best photofit I could pull out. I think I nailed his eyes at least.  Stay vigilant.

Comments Off on Worst photofit ever 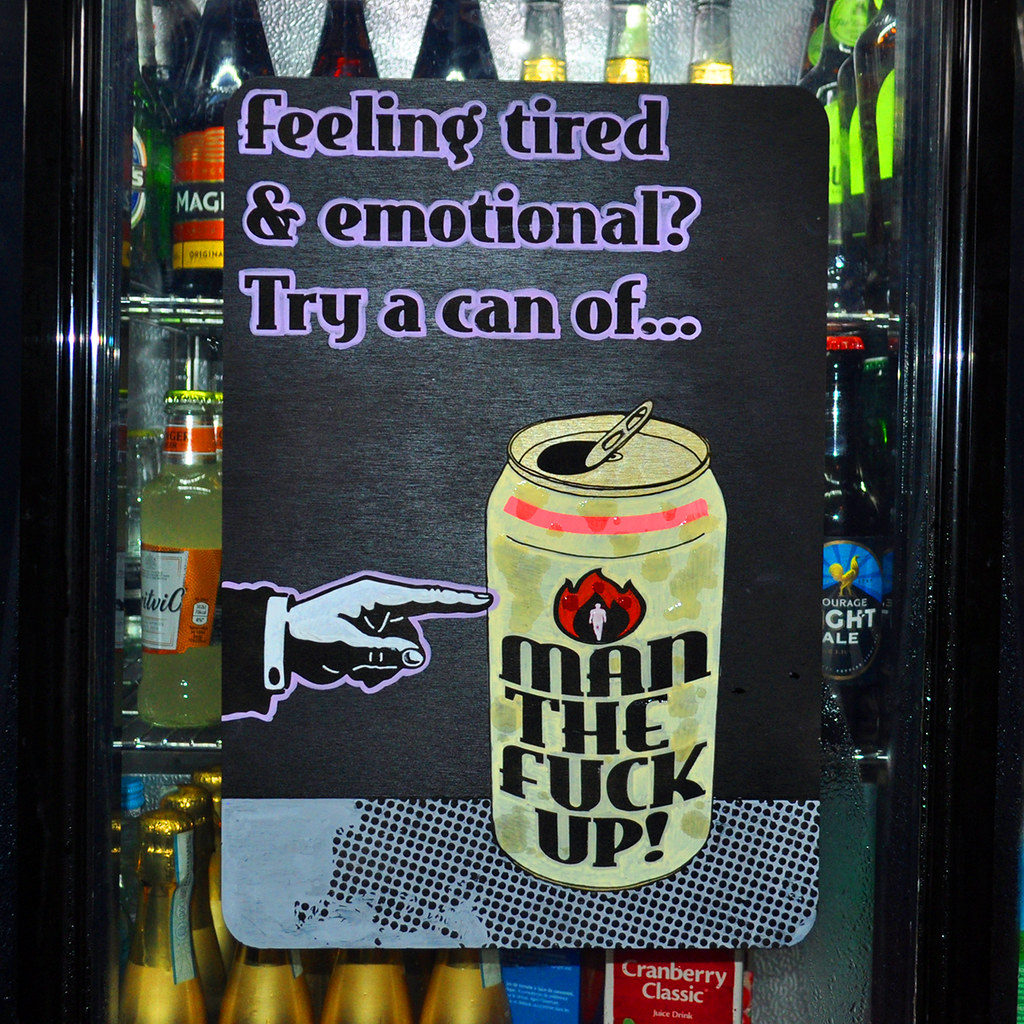 I’ve managed to damage my rotator cuff somehow. If you’ve ever done the same you’ll know how incredibly painful it is. I only usually cry at soppy Hollywood movies like Cool Runnings but a few days ago I have to admit i might of got a little teary thanks to my own shoulder. It would have to be my right shoulder as, of course, I’m right handed which means work has slowed down somewhat.

That said i did manage to finish this piece which is a kind of self portrait in the fact i think it perfectly interprets how i’m feeling at the minute. Eyes that look both wild and sedated at the same time. And I’ve added the crown to show everyone what a big boy I am dealing with such unamusing sensations. Painted on A3 paper using acrylic, paint pen, charcoal and gold leaf. Drop us a line if interested.

Comments Off on Off the cuff