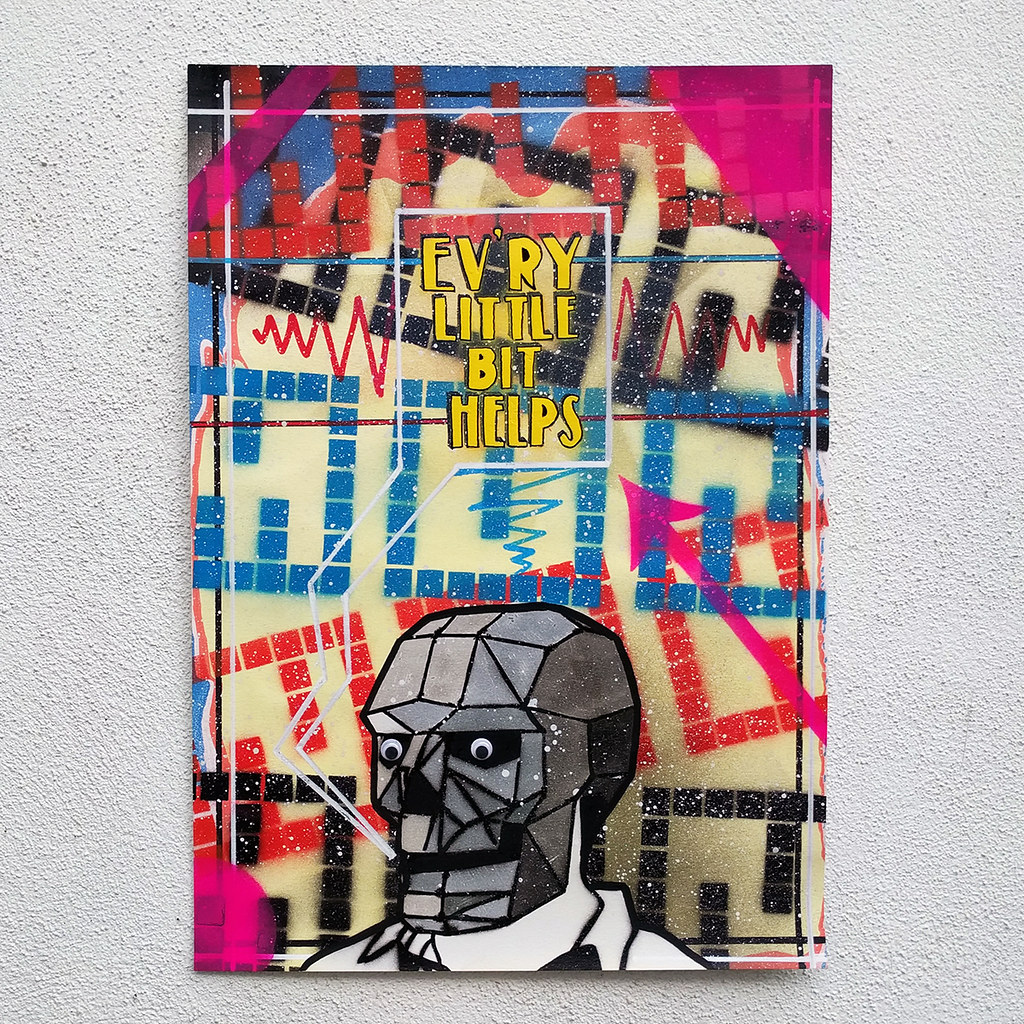 You have now entered the Twilight Zone. A place where nothing is quite what it seems…

Much like in Stranger Things with its ‘Upside down’ universe in this alternate dimension things are a bit weird. id-iom have been suckling on the commercial teat for years and have been just commissioned by Tesco’s to produce some new artwork for an advertising campaign and this whacked out psychedelic little number is now going national. You’ll see it everywhere soon enough.

In all fairness I had no real idea what I was doing when I started this and I’m still not sure now it’s finished but we are in a parallel world now remember and the Muse always works in mysterious ways. The googly eyes make me smile though.