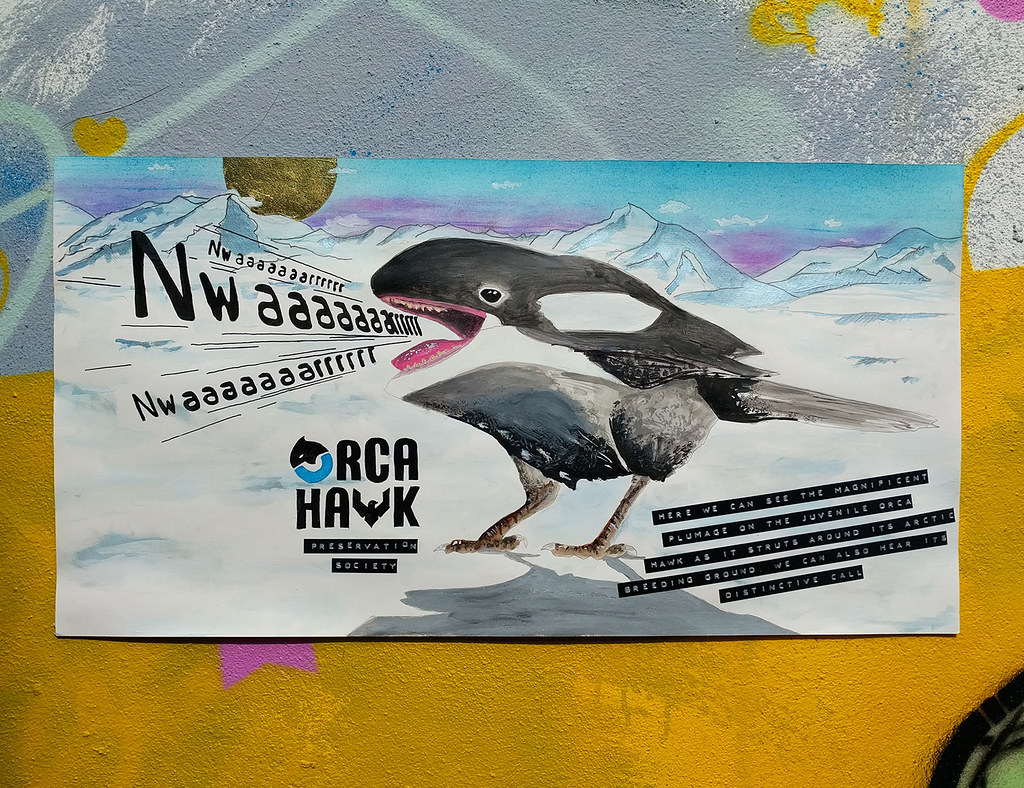 We’ve all heard of the terrible plight of the Orca whales at Seaworld but a lesser known avian relative – the Orca Hawk – has recently come under the media spotlight as its Arctic home is threatened by the spectre of global warming. Luckily for humanity it currently only lives in the Arctic and can sustain flight for just 2 minutes so it’s no direct threat for humanity as yet. When the day comes when they either learn to swim or use the crumbling ice shelf to travel south we’re going to be in for a bit of trouble. Currently they are happy preying on seals and polar bears but as any intrepid explorer who has been in that part of the world will tell you these birds are intelligent, predatory and will stop at nothing to have you as a light afternoon snack if they’re feeling a bit peckish. So perhaps the Orca Hawk Preservation Society isn’t the best idea…