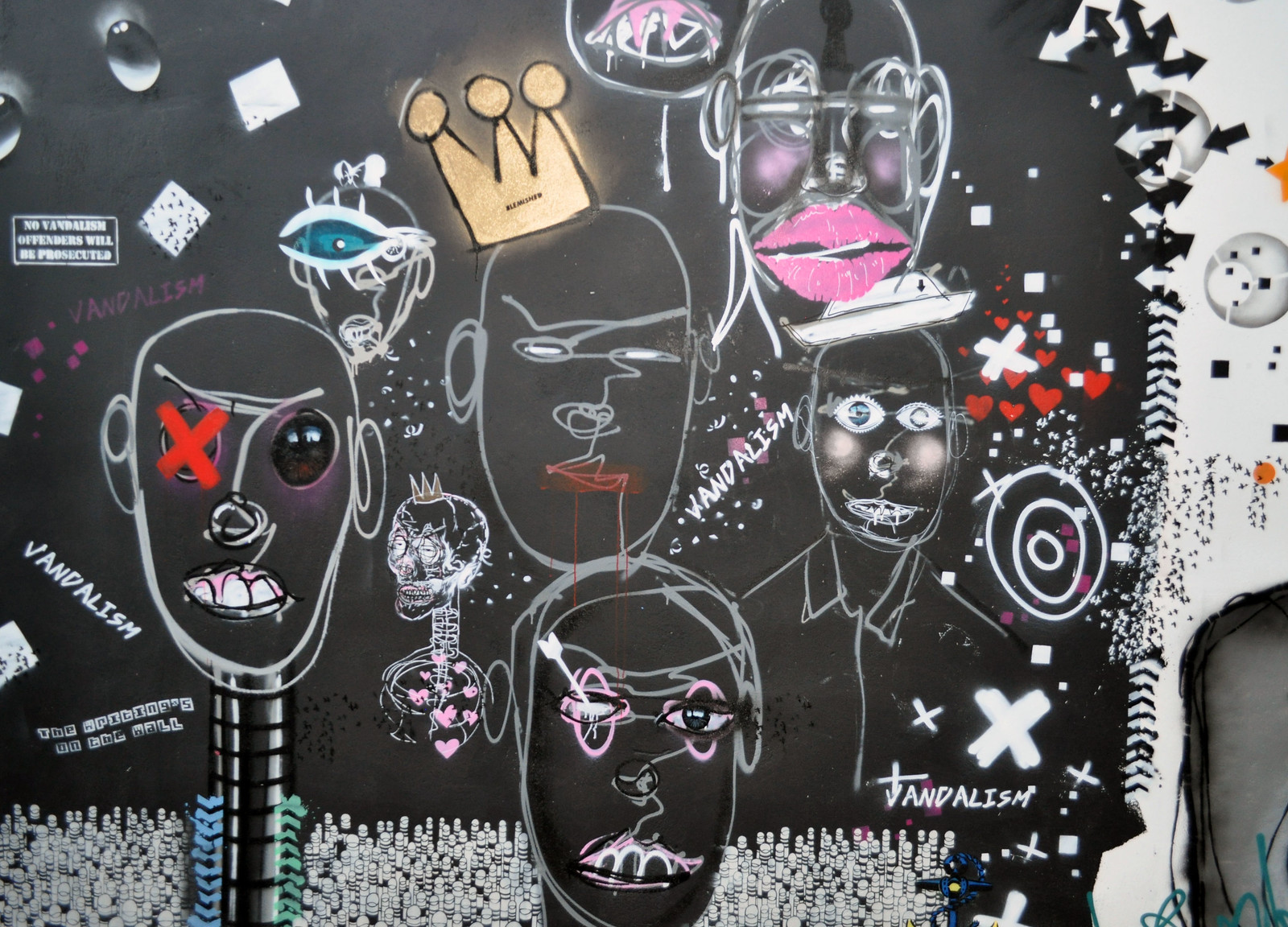 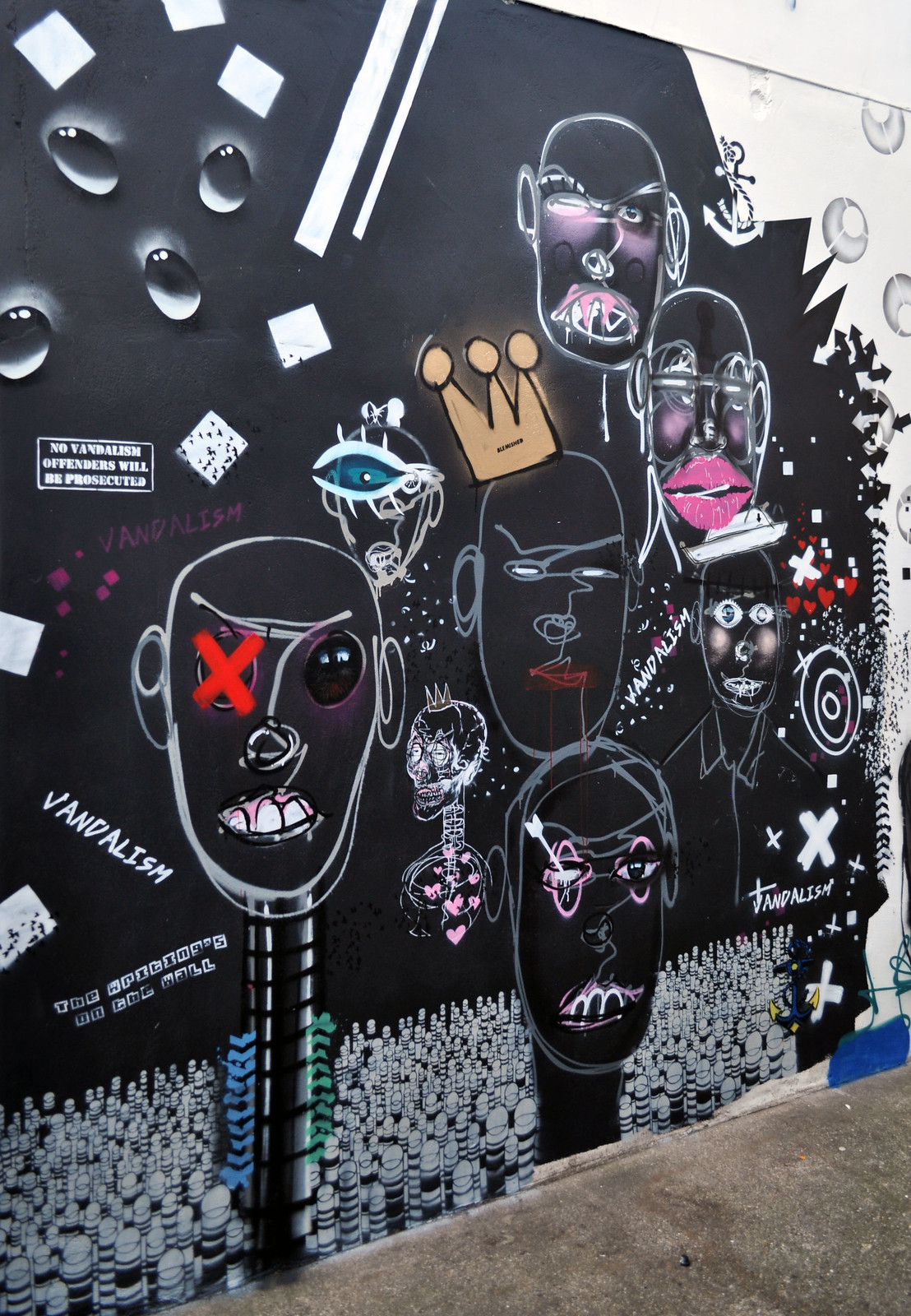 On Monday we showed you round 1 of our collaboration with MyDogSighs and today we jump on in to Round 2 with the added inclusion of Korp. This piece had no planning whatsoever as we weren’t originally even meant to be painting that wall. Sadly, Snik was unable to make it down to Southsea which meant that we had an even bigger space to fill. Not being ones to shirk our responsibility when it comes to applying paint to a wall we jumped in enthusiastically. It started innocently enough as a quick play with a can on this spare wall with no intention of actually using it for the basis of a piece but on one occasion whilst I was up sitting on the roof basking in the sun MyDog decided to come along with the other half of id-iom to use what was there for another off the cuff collaboration wall. This was probably one of my favourite parts of the day due to the fact that it was a free for all wall with an anything goes attitude. Win all round.

Where's the Weekend - on Hollyoaks set

What’s this picture you ask? Well, it’s only a photo of one of our pieces hanging in the corridors of a new set on a revered national TV soap! You just know you have made it in the art world when your stuff starts appearing on TV. As far as I’m aware the set is a new sixth form college that has opened in Hollyoaks (although I could be wrong so eagle eyed readers may be able to update me). Today Hollyoaks, tomorrow the world!

The print featured is available from Pimp Artworks (along with a few others) and is based on one of our pictures called ‘Where’s the Weekend?‘ which I think echoes a sentiment a lot of us feel after being chained to a desk all day…