I was walking down through the woods near the studio when to my horror a small owl dropped from its nest ahead of me. To make it worse it fell to the feet of a group teens with murder in their eyes and evil intent for this little avian beauty. After i shooed off the offending youths and picked up the poor owlet, I held it out on my outstretched arm and asked her name.

“After the goddess of war and wisdom?” I asked

“The one and same”

“Are you OK?” I blurted out to the small owl

” Yes i’m fine, thank you for your help but owl be alright” Athena proclaimed

I stared at her wondering if she had meant to make a joke, and then she winked at me with eyes full of mischief. We chatted for another few minutes on a range of subjects before we said bye to each other. Athena then flew away never for me to see her again although i sometimes get a whatsapp message giving some sage advice after she has seen something stupid i’ve done on Facebook.

Comments Off on Owl be alright

Athena and the Lady of the Lamp 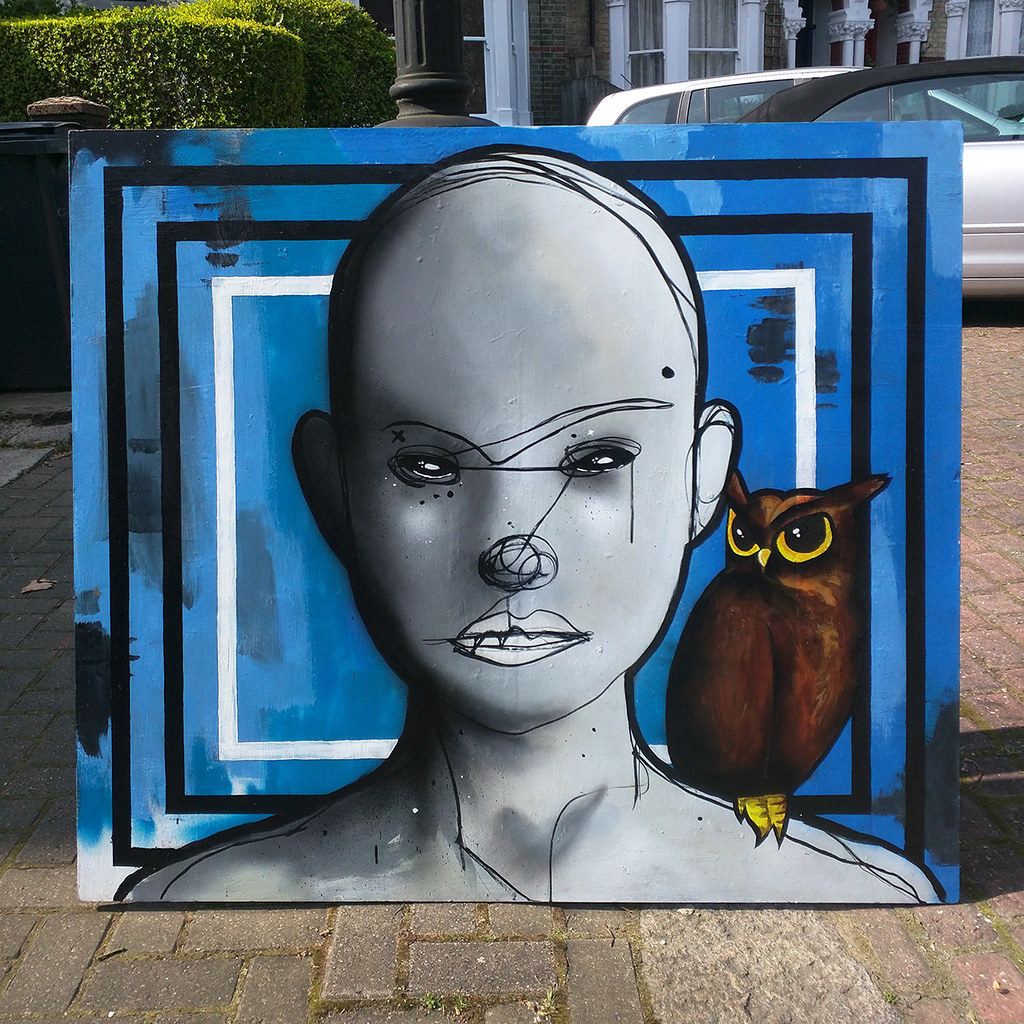 Athena and the Lady of the Lamp

There I was tidying up my front room and it came to the onerous task of cleaning the coffee table. The table was pretty filthy and I just couldn’t be bothered to sit there scrubbing away with cleaning products but thankfully an idea popped in to my head. What if i just quickly sanded down the surface and gave the table top a new lick of paint?

With nothing more in my head than the willingness to throw some paint around I started with gusto but the realisation slowly dawned on me that I didn’t actually have anything in the way of a plan. To remedy this I had a swift glance through my little book of ideas and struck upon a small nugget of information that I’d jotted down that was somehow to become the basis for this piece; Florence Nightingale used to have a pet owl named Athena which she rescued from children outside the Pantheon in Athens hence the owl’s name. Florence loved the little owl and she went on to become the famous British nurse whose name is now synonymous with the word ‘mercy’. That was all I needed in the way of inspiration so here you have a somewhat abstract version of Florence and her pet owl, Athena. If you want to discover the sad fate of Athena then you simply must read this article.

Title: Athena and the The Lady with the Lamp
Materials: Paint pen, acrylic, spray paint and charcoal on wooden board
Size: 122 cm x 117 cm

Comments Off on Athena and the Lady of the Lamp