Coming up with a child’s name can be a tricky business. You’ve got to get it right as they’re stuck with it for life. John had been struggling with this process for months whilst his wife insisted, increasingly loudly, that he better come up with something really good if he’s taking this long. One popular method for naming babies in celebrity circles is the ‘Name child after where it was conceived’ method which is really quite self explanatory so John thought he’d head down this path.

After performing the necessary mental arithmetic and referring to the calendar on his phone John worked out it had probably been whilst they had been on a short break to the Isle of Man. There was a particular afternoon picnic which he thinks may have been the culprit. It all escalated a little quickly and could probably have got them arrested but was fun nonetheless.

He was still remininscing when a nurse popped her head into the waiting area and told him to get straight to the delivery room. As he entered the room his daughter was just making an appearance and the name he was searching for jumped straight into his head. ‘Scarlett!’ he shouted. It was lucky she turned out to have red hair…

Comments Off on Scarlett 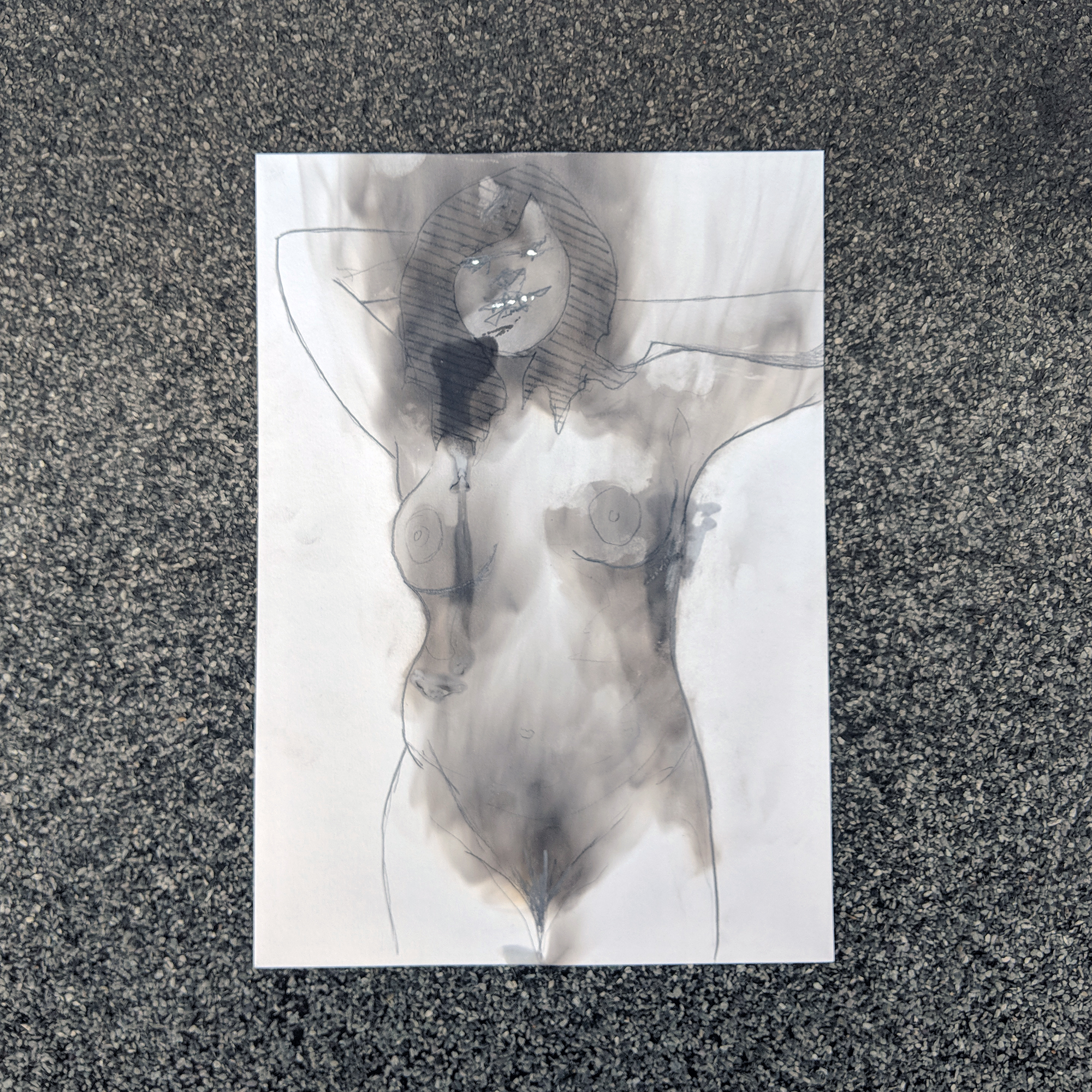 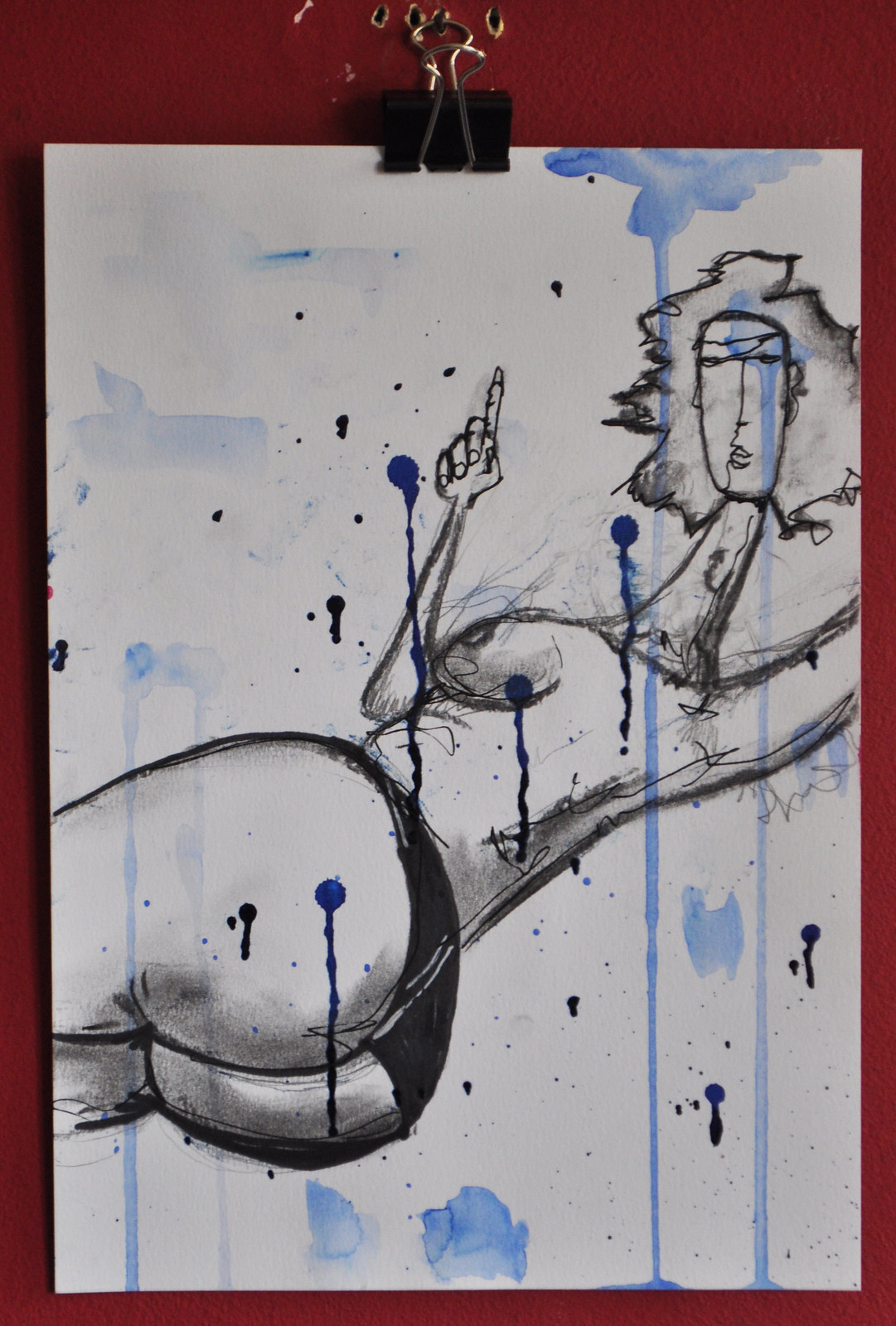 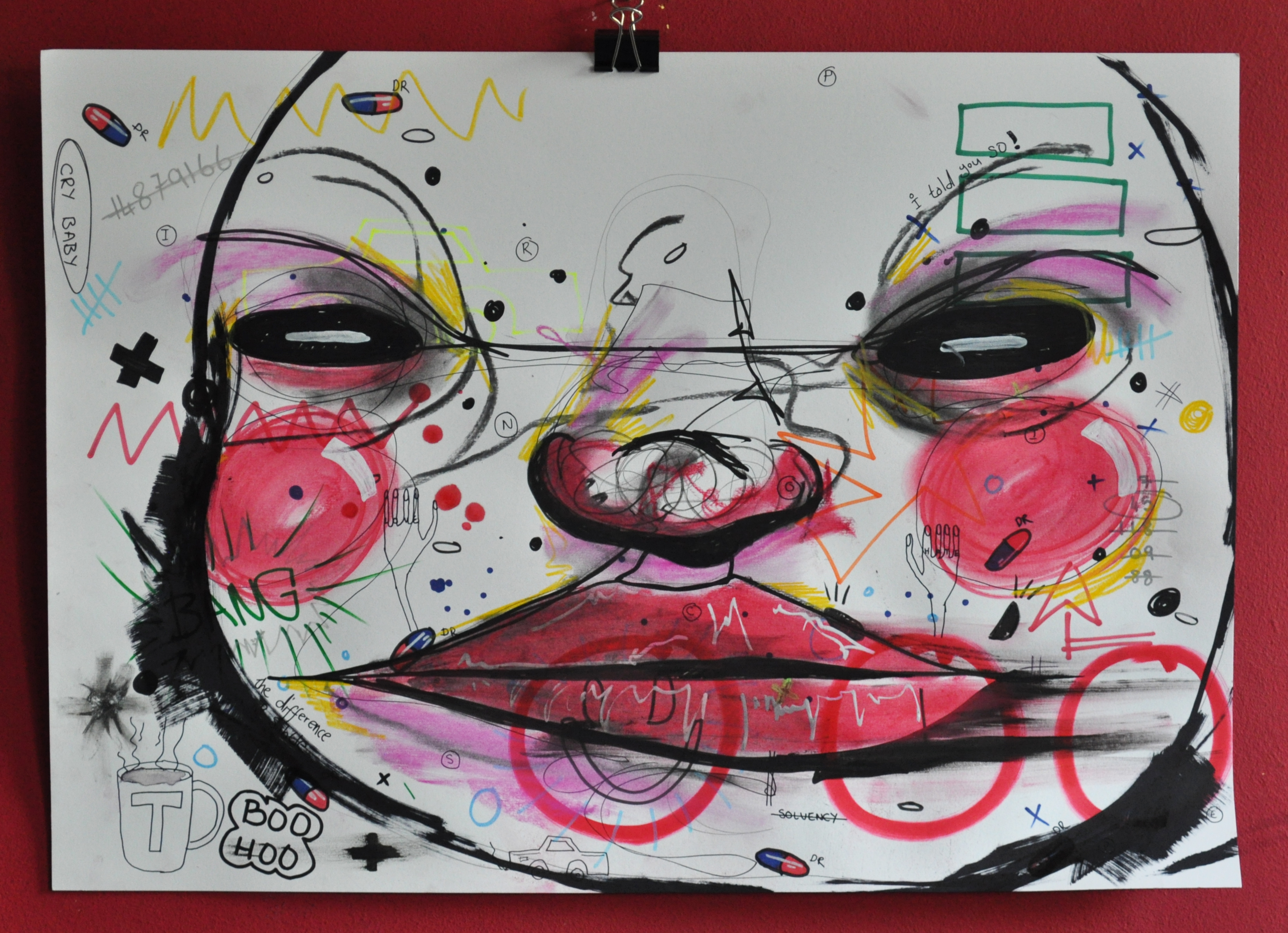 There’s no need to worry about this little cry baby, as he’s actually a fully grown man who has a penchant for acting like a snivelling little child. All he ever seems to do is whine and moan about just everything and everyone he comes in contact with. He asked me to paint his portrait which was going to end up being a gift for his girlfriend but even before he sat down he was in tears about some rubbish like the chair being too cold.

This went on for hours with him constantly moving and complaining, so i just started to doodle. He then really got on my nerves by asking how it was going with the picture and that’s when i lost it. I jumped up at him, paintbrush in hand, and just started slapping paint all over his face. Before i knew it I was pressing his face down on the paper and screaming obscenities at him. After I’d calmed down and let him go, he lifted his head to reveal this picture which we both liked. I liked it so much I decided not to give him the picture but instead drew a crappy left handed portrait akin to a 5 year old’s effort and threw him out of the studio. I’m sure there must be a lesson in there somewhere but I’ve got no clue as to what it may be…