Today on eBay is A Clown’s Ransom’. Click on the link below to check it out on eBay:

Now i know you’ve all heard of a king’s ransom but have you ever heard of a clown’s ransom? Probably not and that’s because no one’s ever paid one. Who would?

That said no is quite sure where the term came about. Was it when a clown got kidnapped and a ransom demand was given but instead of paying they just let the clown get it? Or as some others postulate a clown once kidnapped a poor soul but when the clown asked everyone for a ransom they thought it was a joke and carried on with their day. Neither story ends well so i’m not really sure what the moral is. I’ll let you work it out for yourself.

Comments Off on Decision Paralysis 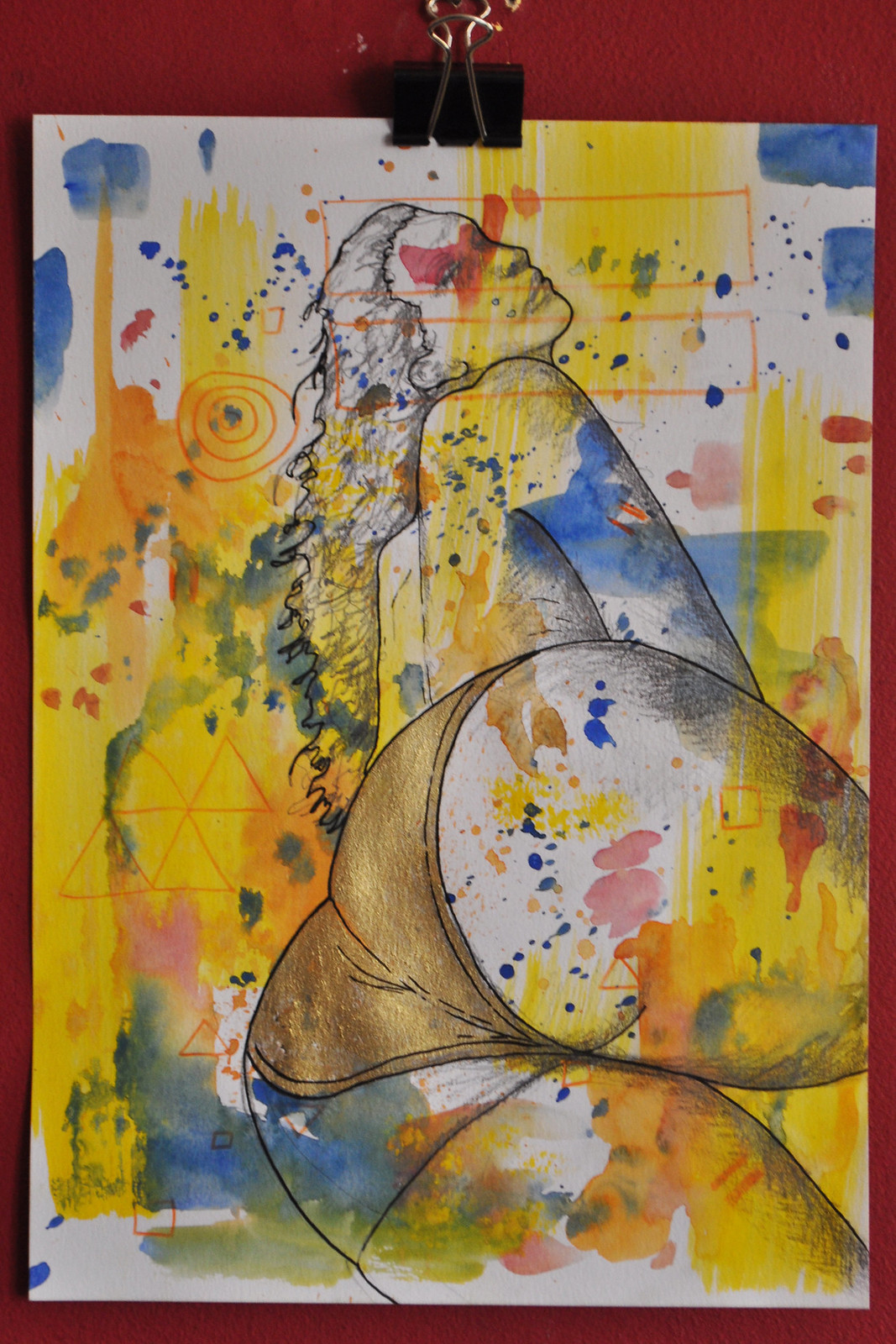 Now it comes down to writing these and I realise quite how many pictures have been inspired by a big booty. Hmmm. I think I may need some kind of help. I’ll progress for lack of anything better to do. According to the ever reliable Urban Dictionary ‘Contrary to popular belief bubble butts are not big asses. Bubble butts are round like a globe, usually complementing a slender body’. So there you have it. I’ve managed to highlight my picture with a rather odd but ultimately quite catchy little number called (unsurprisingly) ‘bubble butt’ by Major Lazer. I’ll leave any commentary on the whole situation down to you. Make of it what you will…

Comments Off on Bubble butt

This was originally done as a t-shirt design many moons ago but in the studio clear out we found that we’d also cut it as a stencil which had somehow managed to get lost in amongst some other stuff and had never been sprayed so we thought we’d best remedy that post haste. The eagle eyed amongst you will, no doubt, spot the obvious mistake which just goes to show the little brain aspect. The fact that the brain is bigger than the heart just goes to show really. In fact thinking about it I’m going to have to have a look and see if i can find my t-shirt as i haven’t seen it in a good long while…

I think the inspiration behind this picture comes from those times when you are trying to help out but try as you might you seem to be more of a hindrance than a help. I’m pretty sure my girlfriend would agree with this as a description of me from time to time.

We’ve had our Big cartel page for a little while now but have largely failed to let anyone know about it. It’s not because we are trying to keep it a secret but is, in fact, due largely to the fact that marketing is definitely not our forte. It’s always much more enjoyable to throw some paint around or do just about anything else.

Somehow however it has found it’s way to the top of our to-do list so I should give it my best effort. Ladies and Gentlemen, I’m happy to present a link so that you can go and grab yourselves a little bit of id-iom:

Ooh, i’m really getting the hang of this marketing malarkey now. Just you watch. I’ll be updating our Big Cartel stuff like the most eager beaver in a room full of elite eager beavers. Well, I should imagine that will cover marketing efforts for a while. Phew! Back to the lab…

Comments Off on id-iom @ Big Cartel

After our successful venture to Mannifest (see here) we were approached  as regards an interview for the Manx Independent, a newspaper on the Isle of Man. Being the fame hungry slack-jaw’s we are we jumped at the chance and proceeded to pour our hearts out to the inquisitive reporter.  After a little cajoling i even included a picture of us (well, it’s an illustration) but that was as far as i was willing to go. A street artist must do at least a little to protect his anonymity after all…

Keen eyed readers will note our plea to be big in Japan. If you could possibly help us sort this out please get in touch as we would sincerely love a trip to Japan – and everytime i think about it i can’t get the song ‘Big in Japan’ by Alphaville out of my head…

The top of the article has been cut off due to the fact that it wouldn’t quite fit on an A4 scanner bed. The title for the piece is ‘Sholto and Hugo make their mark on London’ and comes from the Manx Independent on Friday 24th September 2010. Click on the image for a larger version.

Just a little human resource activation message. From the Big Draw 2008 at UCL.

Comments Off on All going well?