When the in-laws arrived they bore with them a small robin that had definitely seen better days. I really should have got a ‘before’ picture. He looked sad, rusty and dishevelled. I was asked if I could possibly do anything with him. ‘Of course I can. Any reasonable job undertaken.’ was my snappy reply. Ladies and gentlemen I present a dapper, rust-free and slightly mad looking robin. I believe my work here is done…

Comments Off on Robin redbreast

Never ones to turn down a challenge we were asked to step a little outside our comfort zone and to paint up a recently purchased Asgard bike shed with a wraparound wildflower meadow scene featuring a hummingbird. Okay then. Game on.

First up we had to come up with a design they were happy with and it’s funny how sometimes things are easy to design but tricky to paint. That should probably be a memo to self. Next up – the fun part. With the shed disassembled we got to work throwing some paint around. After a few furious hours, we had to stop due to rain but when we got back to it it all seemed to fall slowly into place. Whack a fancy little hummingbird on there and some varnish and you’re good to go. Don’t you love it when a plan comes together?

Comments Off on The hungry hummingbird

Gary was a real cock(atiel)

What do you do when a cockatiel lands on you and refuses to budge? This is the problem Martin here is currently dealing with and so far he doesn’t have scooby about the best way forward. All that he has managed so far is to christen him Gary.

Gary has been perched on his hand for the last 3 months now and chirps incessantly. Martin’s had enough. He’s called the RSPB but they thought he was pulling their leg then finally he tried his friend who has been known to go trophy hunting in Kenya but he wouldn’t do it because he had a dentist’s conference to go to and besides he already had 40 taxidermy cockatiels at home.

Martin now hasn’t slept for 72 hours as Gary has upped his chirping game. At times Martin thinks he can understand the chirps but at other times they sound like the discombobulating noises used in psychological operations in the 1950s. That is because Gary has been taught many techniques by the US military. Why is another question entirely…

It is A3 in size and made using imagination gouache, watercolour, and acrylic. If interested in giving it a new home don’t hesitate to get in touch.

Comments Off on Gary was a real cock(atiel)

Let’s just start with the basics. Sam Crow here isn’t even a crow. He’s a raven. But he was raised by crows. His first name isn’t even really Sam either but he doesn’t know that yet. There is much that Sam is yet to learn.

His adopted father had enlisted him in the Royal Bombardiers when he turned of age and he’d been progressing rapidly up the ranks ever since he’d masterminded a devastating ambush on the gulls at the Battle of Subway.

His education and enlistment had all been part of a mysterious agreement made many seasons ago when Sam, who was fresh out of the egg, had been adopted by Belasko’s nephew. The reasons for the rush adoption had been unclear but the payment for doing so was less ambiguous.

All said and done the wheels are already turning and great things are afoot for young Sam Crow. But he doesn’t know that yet either…

We’ve got previous in the world of crow related art and this is just the latest instalment of an occasional but ongoing epic tale of urban avian skullduggery with more aerial combat, vicious peckings and egg smashings than any story has a right to contain. All conducted right above our heads on the busy streets of London.

They’re A2 and made using the magic of spraypaint, stencils and imagination. Drop us a line if you’d like to give either Sam a home…

Comments Off on Sam Crow

A little old fashioned that’s all

She looks much like any other lady you might see swanning around town and to all intents and purposes she is. It would be difficult to distinguish her from a thousand others just like her if you didn’t happen to know her a bit better. And what would distinguish her in this modern world of tinder dating, digital photography and deliveroo would be the fact that she likes to do things the old fashioned way. That isn’t to say she isn’t aware these modern conveniences but just that she prefers the old school, hands-on style experience. And who’s to say she’s wrong…

‘A little old fashioned that’s all’ is still available via Play Dead gallery until 16th Feb. They’re A2 and are £130 a pop if anyone wants to give them a new home.

Comments Off on A little old fashioned that’s all

Putting the gent into gentrification 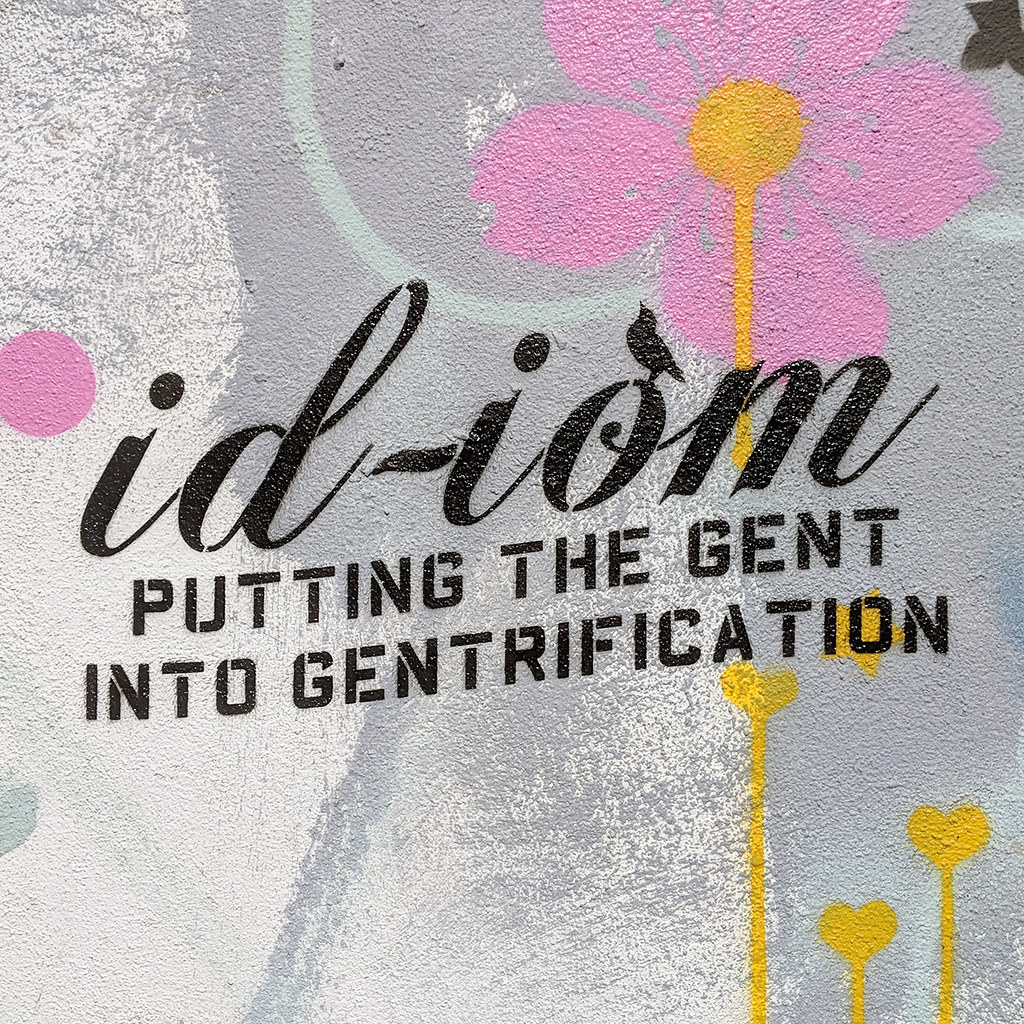 Being the harbingers of gentrification that we (and everyone else) undoubtedly are we thought it was about time to upgrade our id-iom logo to reflect the qualities that stand at the very heart of id-iom’s raison d’etre. So I’m proud to present our new logo with our brand new tagline ‘putting the gent in gentrification’. If this was a glossy PR presentation we’d then end with a photo of our grinning buffoon faces and something along the lines of ‘honest street artists in a dishonest world’. Cue music. Drop curtains. Job done.

Comments Off on Putting the gent into gentrification 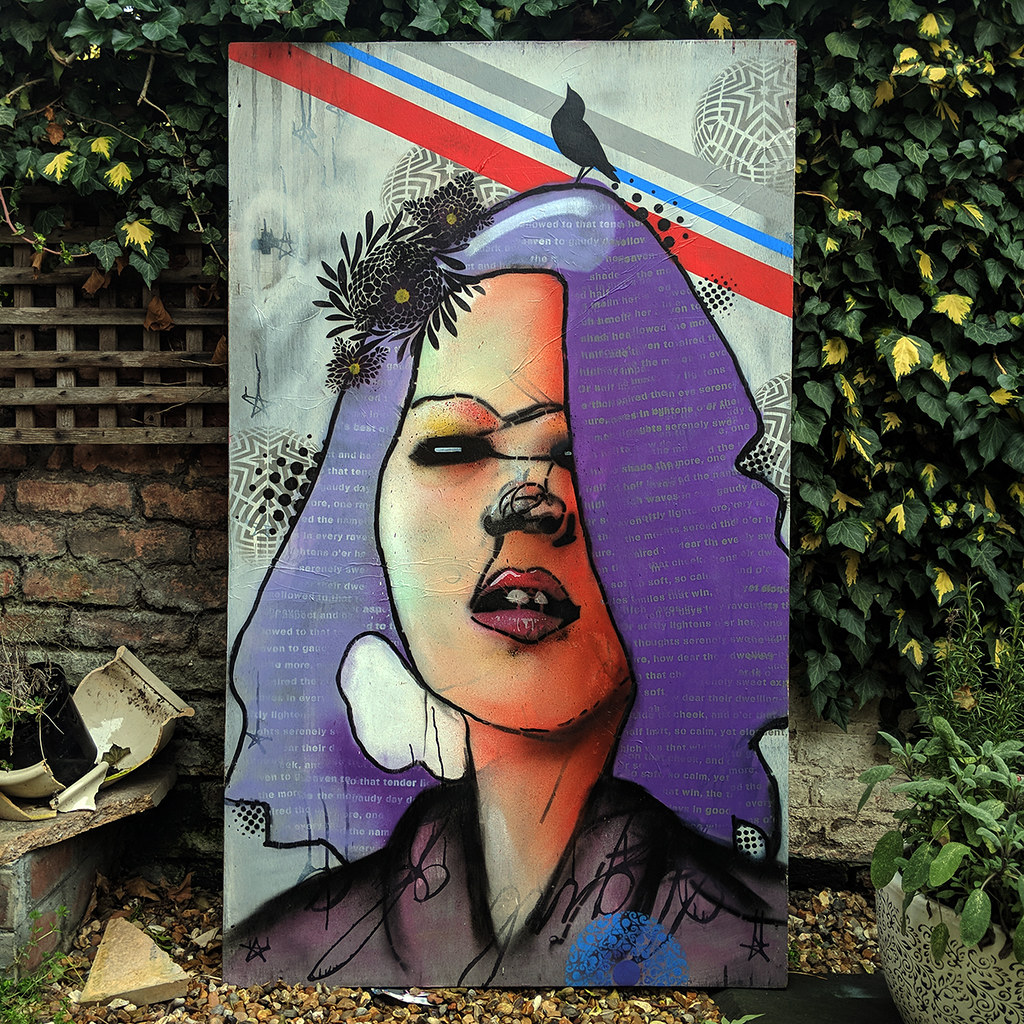 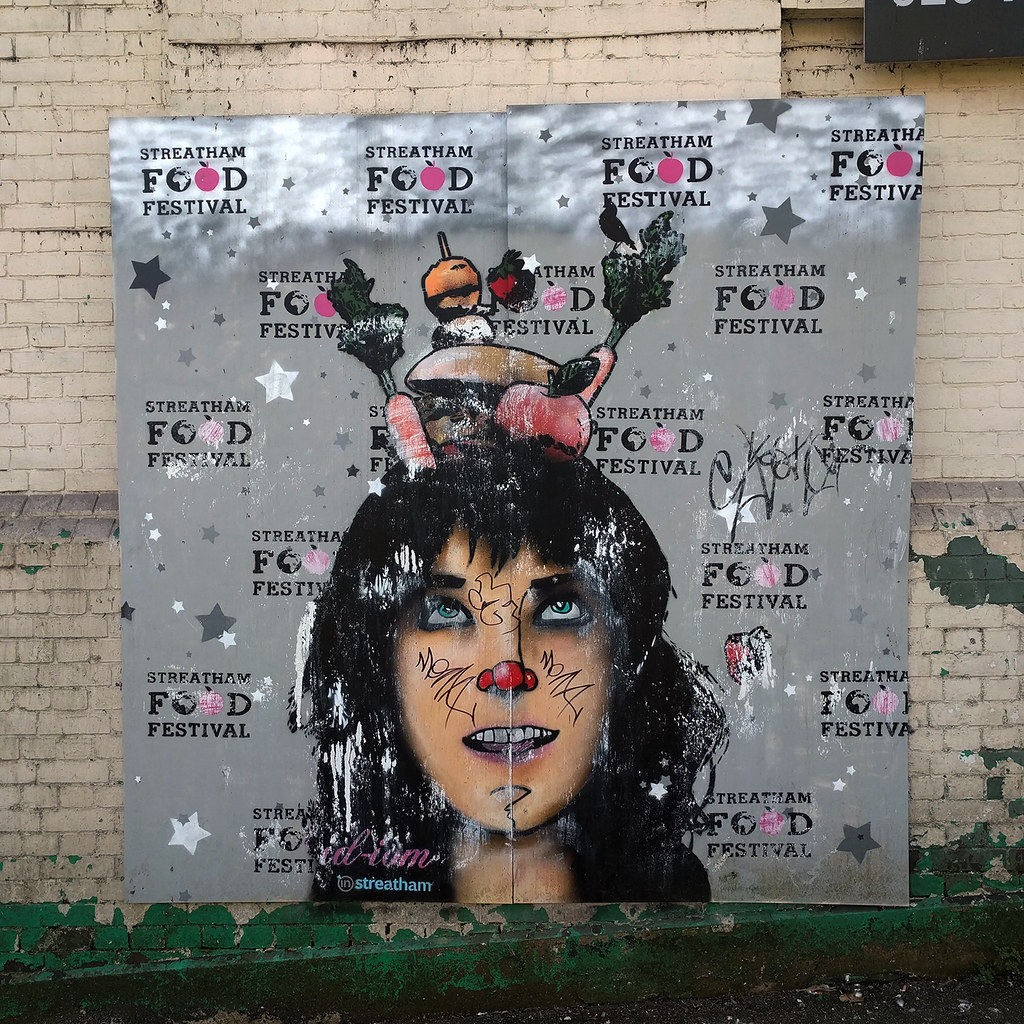