Sally had got herself into some strange situations before but this was a new one. It all started innocently enough if you can believe that. She’d been visiting Bournemouth with friends for a birthday celebration. That was how it started.

Now it would appear she was bound tightly to the front of a boat. She knew that much for sure and as the sea spray splashed her face she suddenly had a chilling recollection from the previous evening of a high stakes game of cards with a mysterious stranger. She’d lost and was now the figurehead of a Chinese titled schooner heading to Beijing. It was cold being a figurehead. She wondered how long the journey was and where her phone was. What was bothering her most, however, was who on earth was going to feed Chairman Meow while she sorted this whole thing out…

Comments Off on Becoming a figurehead

Disguise our bondage as we will 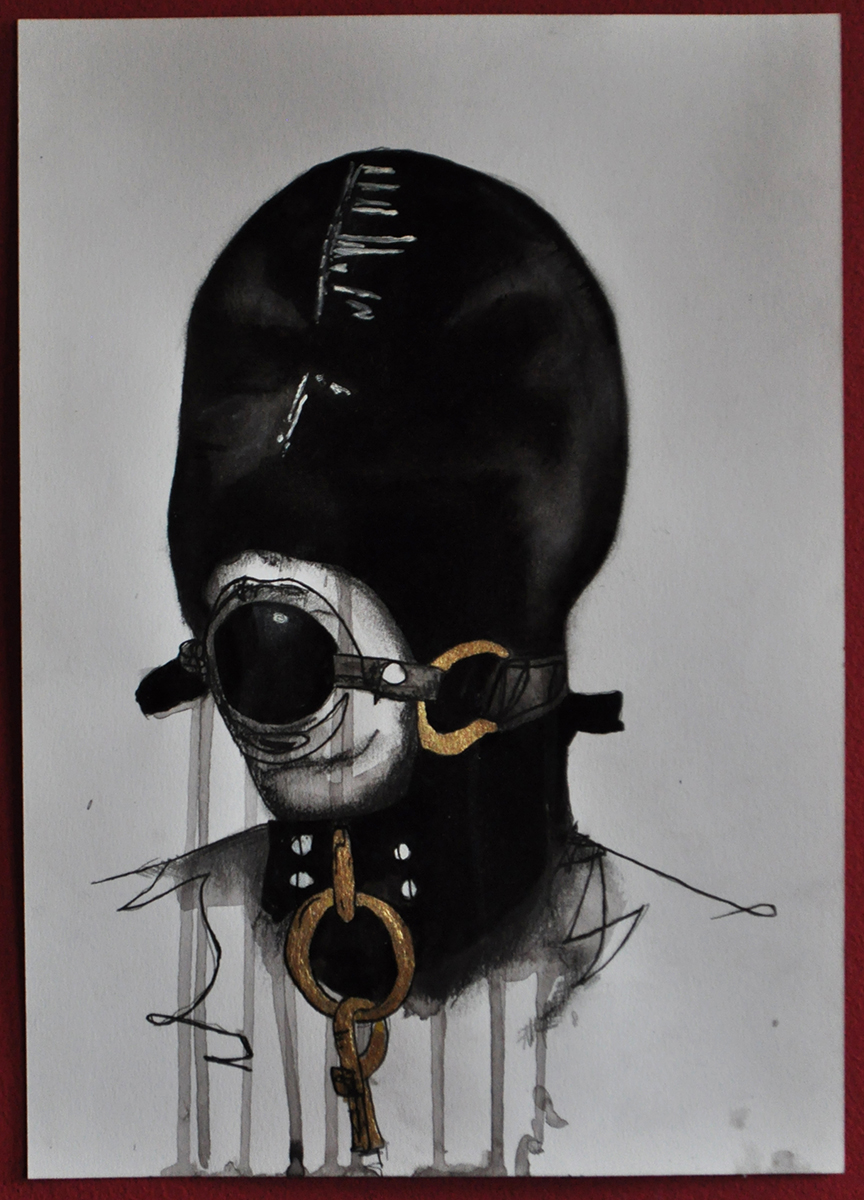 Disguise our bondage as we will

There are three reasons why i really wanted to paint this picture though:

1) I’d only really tried to paint leather once before which kind of worked so i decided to give it another go.

2) There are certain pics that are always at the top of our most viewed and they have words like ‘lesbian’ and ‘bondage’ in their title so i was just seeing if it is the pics themselves or the title.

3) Who doesn’t like to draw girls in bondage masks occasionally?

Title: Disguise our bondage as we will
Materials: Paint pen, acrylic, gold leaf, varnish and charcoal
Size: A4

Comments Off on Disguise our bondage as we will

So another day and another couple of pieces in  picture in id-iom’s Yuletide Fundom Demolition Sale – both are A3 and we have started the auctions at a measly 99p! Game on!

The first piece is called ‘Walking Weird’. It’s A3 in size and consists of a hand drawn girl in the crab position dressed in a bikini with a watercolour background. Like you do. And it’s signed on the reverse. Here’s the Ebay link

Our second piece is titled simply ‘Horse!’ is an A3 screen print with hand finishing. It features two figures; one with a head of a horse the other a sexy woman in some kind of S&M gear. Need i say more?

Perhaps strangely the inspiration for this piece came from a toy horse that was bought at a market in Spain that had such magnificent packaging that he just had to be purchased. I can’t imagine the toy passed any safety inspections and was probably covered with lead based paint but i had no intention of sticking it in my mouth. He even had some text on the box which had been badly translated into English (I’m guessing from Chinese). The text reads:

The toy and packaging were magnificent in their crappiness but it did supply us with hours (well, minutes) of entertainment whilst drunk one night and at least we managed to get some artwork out of it. All in all i’d say it was a pretty good toy. It’s just a shame we don’t have a picture of the toy or box for you to marvel at.

It’s A3 in size and is a screen print with unique hand finishing including acrylic and spraypaint. Signed on reverse. Here’s the Ebay link