It’s day 2 of Insect Week here at id-iom and today it’s the turn of the UK’s largest beetle – the  mighty stag beetle. It is now accepted that stag beetles, whilst of an interesting design, are harmless to humans – but it didn’t always be this way. According to British folklore they were capable of summoning thunder and lightning and even flew around with hot coals in their jaws setting fire to buildings! Now if that isn’t slander right there then I don’t know what is. It’s downright rude. In an effort to rectify this we’ve started legal proceedings against British folklore on behalf of all stag beetles. Until then all we’ve got to hold your attention is a picture of a very regal looking stag beetle called Gatsby.

If you need Gatsby adorning your wall then his critical dimensions are 21 x 29.5 cm (A4) and he’s been created using the magic of acrylic and paint pen. Just drop us a line and we can make it so…

Comments Off on Gatsby

Work/life balance is increasingly difficult to achieve these days. During a prolonged bout of procrastination – which is how I spend most of my time nowadays – I somehow managed to doodle this on an old railcard I found before me on my workspace. It’s the most I’ve done in days. Two things I should take from this: 1) Do more actual work and 2) tidy my workspace. Hopefully, normal service will be resumed soon enough. If anyone has any motivation to spare give us a shout…

Comments Off on Work/life balance 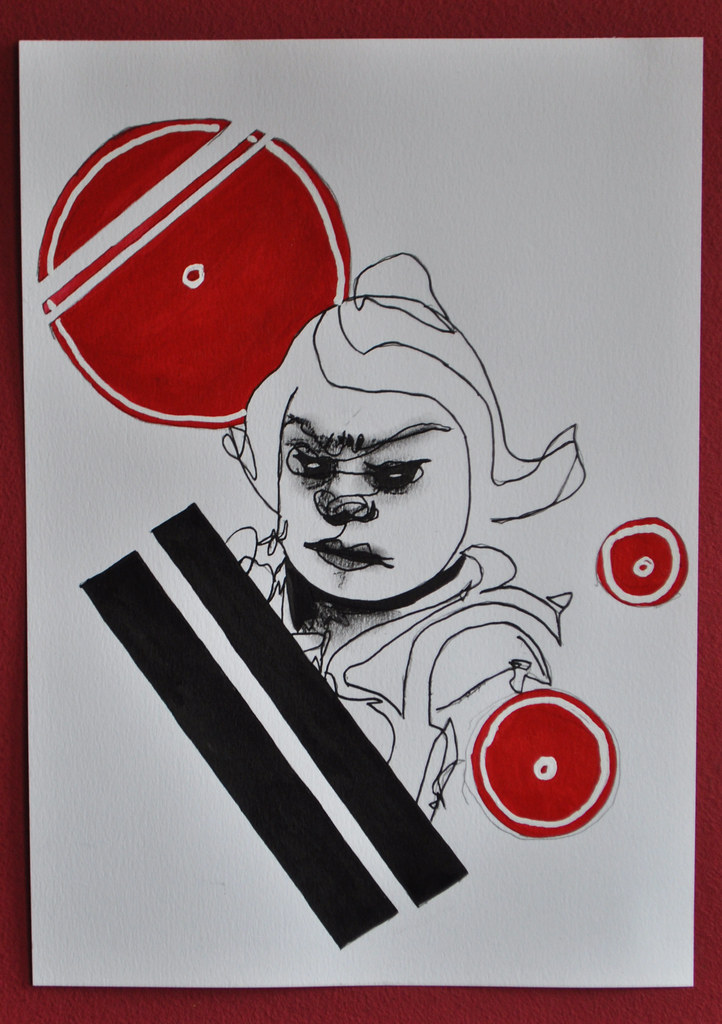