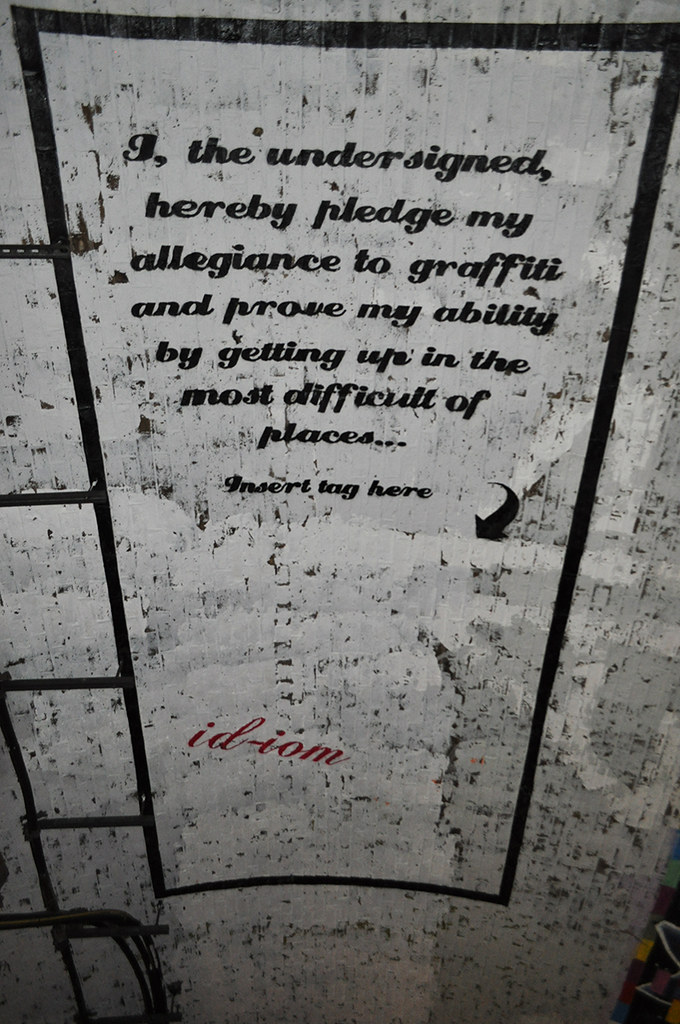 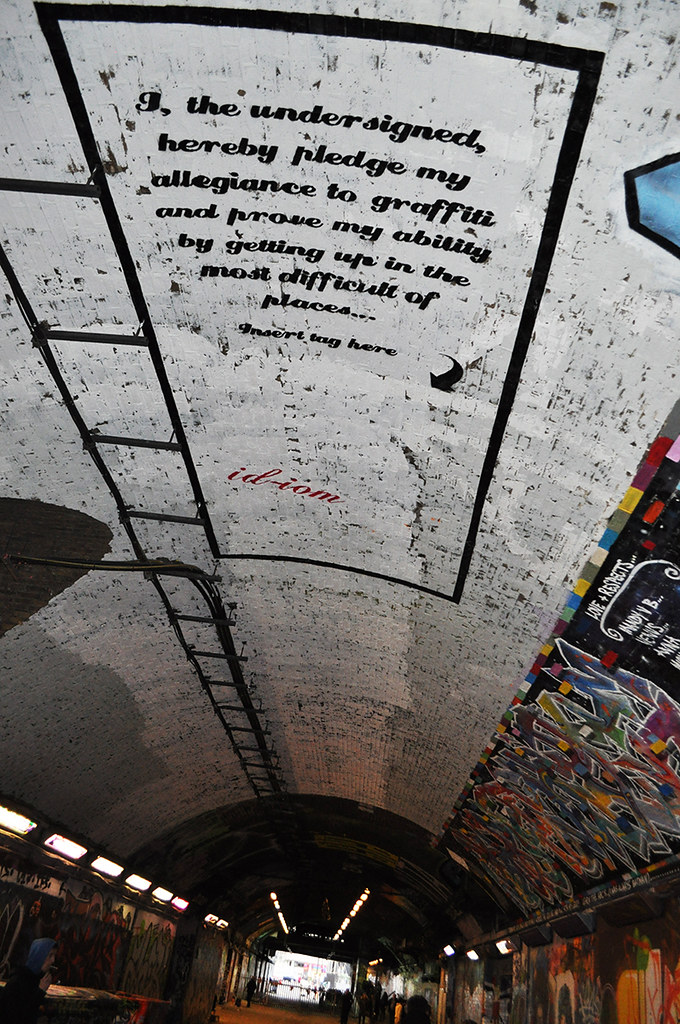 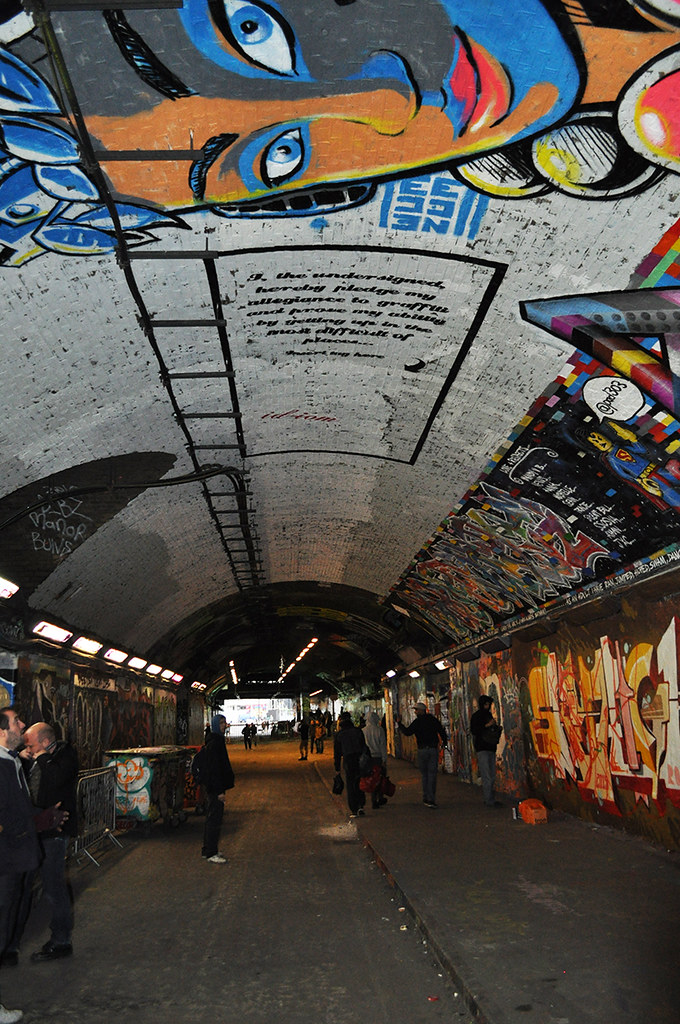 Given that walls down at Leake Street last for just about long enough to grab a photo before someone throws up another piece or they’re relentlessly tagged we thought we’d make the most of the ceiling space we had to do a little tagger baiting. If you’re good enough and can get up to the ceiling to throw your tag up then you’re in, it’s as simple as that! We don’t mess about. This is ironclad!

As a side note I’m not entirely sure why we thought it would be at all easy to put lettering on a curved ceiling. But at least we managed to get there in the end. It’s pretty tricky to get a decent photo though…

Ceiling cats are watching you ruminate

Ceiling cat is watching you ruminate

While we were at Seven recently I spotted a little hatch in the ceiling of the room next to where we were working and just knew what had to go up there (if they’d allow us). Ceiling cats! After a brief negotiation with the cat loving owners we were in. As the cats would be pretty difficult to spot (as they are life-size and on the ceiling) our joke would be lost on most so we thought we’d add some gravity defying paw prints to bring make them easier to spot. I, for one, welcome our new cat overlords.

Comments Off on Ceiling cats are watching you ruminate