It’s been a good while since we’ve treated you to another exciting instalment of ‘Other People’s Graffiti’ so here it goes. As graffiti goes I think this one is quite special as it just goes to show how creative kids can be if you give them a bit of chalk. It would seem most kids have gone for flowers and the like but one rebellious little tyke has gone straight for lettering and next levelled it with ‘help i’m trapped’. Aren’t we all. If he recognises the existential pain of existence at that age he’ll make a great artist…

Comments Off on Help I’m trapped! 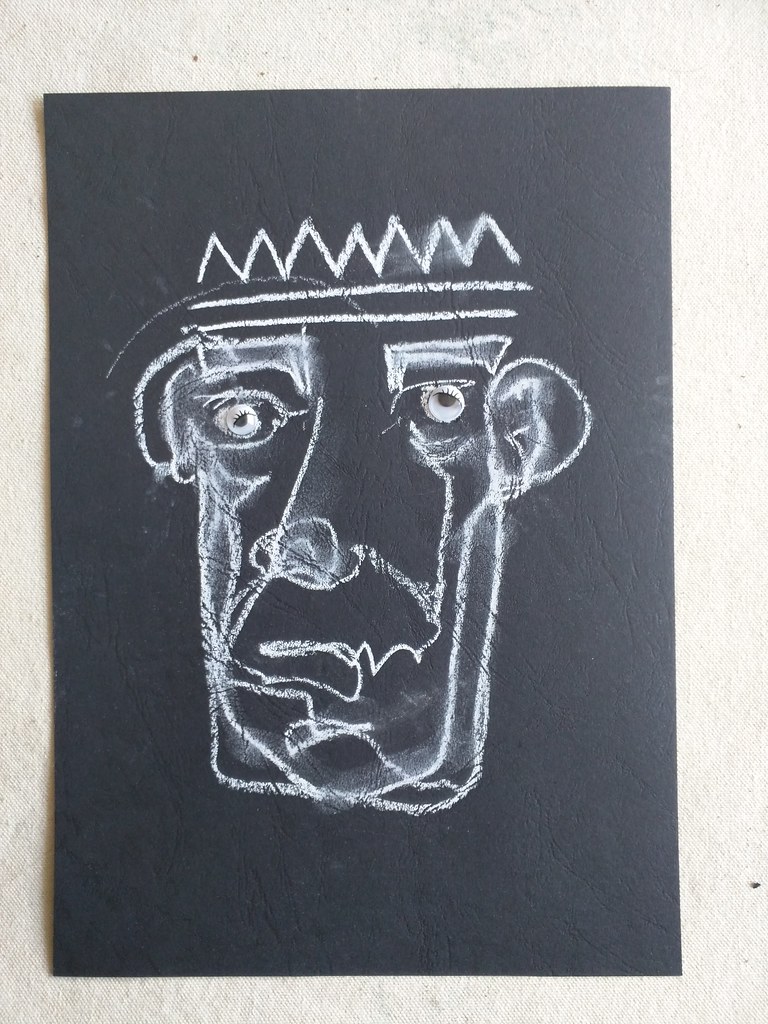 So there I was having a nice quiet drink when someone comes along and offers me some gorilla glue. Being the astute artist type I am I say yes thinking it’s a brand of masking tape. Little did I know it was actually intergalactic grade hyper skunk and feeling beholden to the man I took a few leisurely drags on the zoot. To my dismay the worst possible thing that could happen, did happen. I did my best impression of a ghost and pulled a whitey! Needless to say I didn’t get to finish my drink as I stumbled off home whispering sweet nothing to myself. Eventually though I found myself at my front door feeling pretty good but the question was ‘Do i go back to the pub or do I just go inside to bed?’. Well I answered that by sitting myself down and drawing how I just felt. And I think you can guess what this picture is about…

P.s. I’ve just found out that there actually is a brand of masking tape called ‘Gorilla Glue’, when will i learn!

Comments Off on Gorilla glue #4

Get your motor running!

Whenever i see the Harley Davidson logo I always end up thinking about Hunter S Thompson‘s interesting 1966 book about Hell’s Angels (who famously love to ride Harley Davidson bikes) and what it was like to be in a motorcycle gang. His stint with the Hell’s Angels didn’t end particularly well when he was given a beating for a remark he made about a member of the biker group.

Anyway we were asked if we could come up with a temporary Harley Davidson stencil in order to help out our friends at Lexis PR who were going for a pitch. It had to be done the next day and had to be able to be washed off if necessary. After debating as to whether we could produce something decent with some oil pastels (they were all we had at hand) we decided to give it a go and had a really rather pleasing result.