With the frenetic pace of modern day life it seems that everyone is always in a rush to be getting along to some other place. Almost like whatever destination you’re currently at is just a stepping stone to some other, better place. Which is surely a folly. Sometimes it’s nice to just stop what you’re doing and appreciate the moment. Or, as Ferris Bueller put it ‘Life moves pretty fast. If you don’t stop and look around once in a while, you could miss it.’ So there.

Made using spraypaint, stencils, text messages from my phone and some water droplets shamelessly stolen from MyDogSighs (and then inexplicably turned upside down) then affixed to a wall with one way security screws. Good luck getting that off.

Comments Off on Must dash! 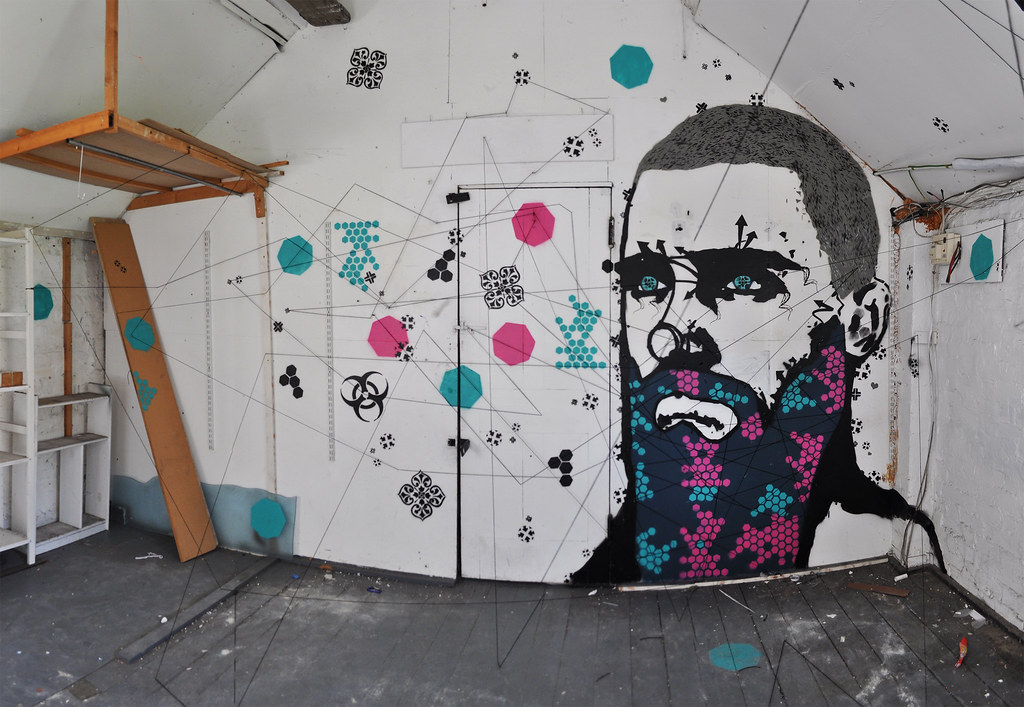 The Hexabeard 5000 experimental beard serum had some side effects… 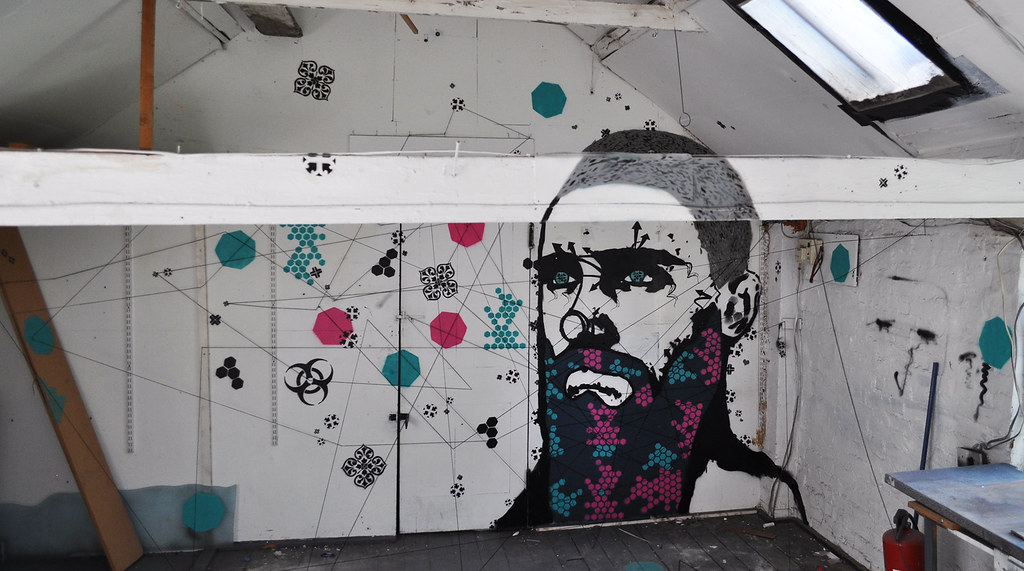 Sometimes when you take an experimental beard serum weird things are going to happen. Gary here used to have a scraggly teenager’s bumfluff beard at the ripe old age of 32 and he wasn’t a happy chap. He had long yearned for a thick luscious hipster’s beard like his best friend Fitz and intended, somehow, to get one. He’d tried all sorts of so called remedies – from rubbing his face with peanut butter to shaving every 20 minutes in an attempt to force growth, all to no avail. His prayers would be answered soon enough however.

In desperation, after a late night’s internetting, he clicked on a link to a somewhat shady company that sold research chemicals and promptly parted with a week’s wages for a course of the unproven and experimental Hexabeard 5000. With the instructions being in Chinese he did the best he could when his package arrived and did all the pills over the course of a week. The following Monday new growth could definitely be seen and within a few days he had a full beard. He was over the moon. Then the coloured hexagons started appearing, web-like growth would materialise overnight and his eyes started to change.

At first he was scared but it quickly made him the coolest hipster in town. Unfortunately this was only for about 2 weeks until a 7 year old with a 2ft long bushy beard came along and blew all the competition away. The moral of the story? Well, like life you’ll just have to work it out for yourself…