It’s been a long time coming but we were recently commissioned to do our first big wall in about 18 months for a company which invests in new drugs. I have to say that it felt good to be out and about and painting again for a client.

We’ve spent too long left with our own ideas so it was nice to have a brief – which only really asked for one thing, which was to include some reference to the drugs they had invested in. Given that some of the logos were quite cool anyway that seemed the obvious way to go. As always the hardest part is coming up with a design but once that is out of the way and signed off though it’s on to the fun part; throwing some paint at a wall.

Comments Off on Making a difference

We were commissioned to design and paint some wardrobe doors. Sounds simple enough. We had a fairly loose brief to create something in an Art Deco style. What we ended up with is something a little more Art Nouveau that is reversible and contains some elements specific to the client. The cornflower design in the middle is based on their family flower and the family motto of ‘Virtus, Vigor, Victoria’ is referenced in the the V’s emanating from the goblet the lady is carrying.

Painting and installing them brought some interesting challenges that were largely self inflicted but you live and learn. Well, we try to. There’s even a flash of bright pink painted on the inside of the doors that we couldn’t get a decent photo of but you’re going to have to trust me it’s there. Righto, what’s next?

Comments Off on VVV 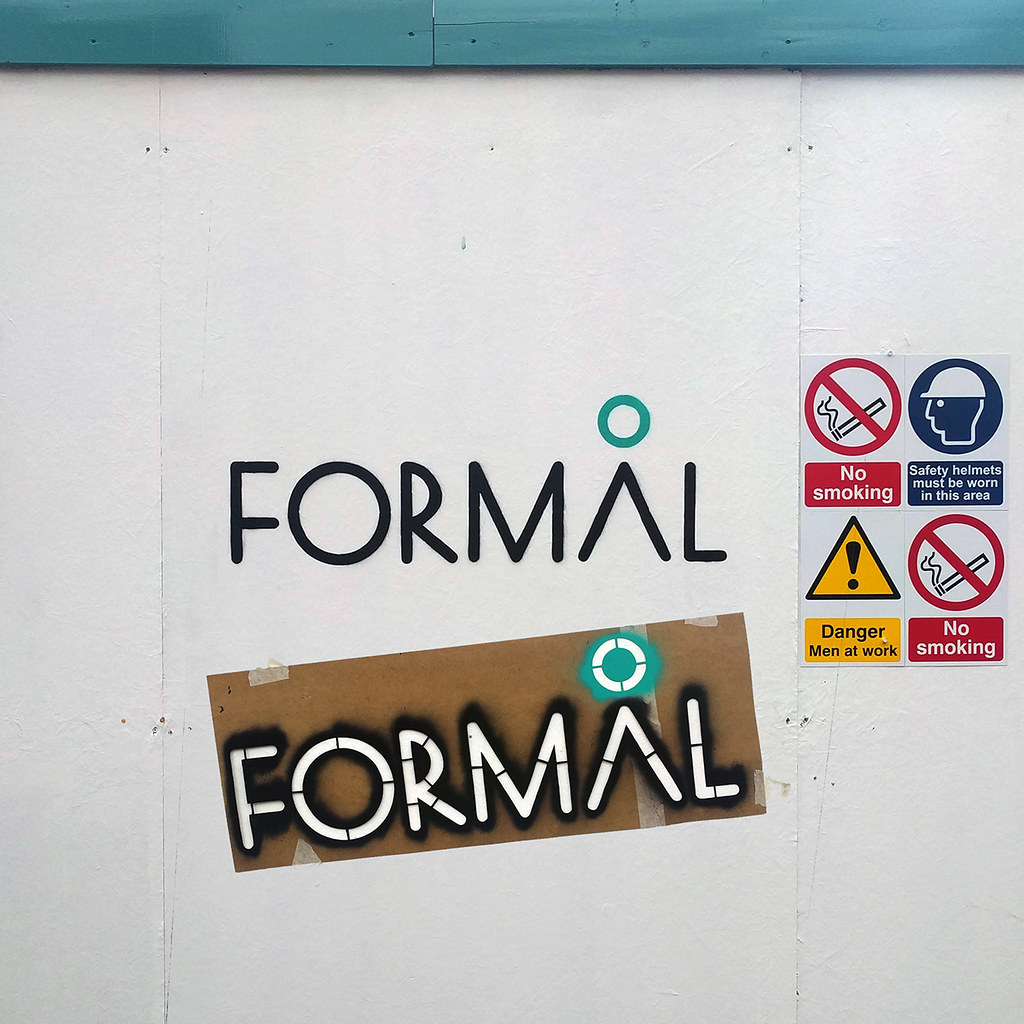 After our last release of pics from our Big Cartel page someone got in touch and asked if the little image we used at the top of the page was available as a picture. Never one to turn a fun commission down we agreed to make it reality and here we have the character known only as ‘masthead’. His past is unknown and his future is unwritten. Presently though he’s having a quite pint whilst waiting for a mysterious friend to turn up. That’s all I can say for now…

When he gets back he’s heralding our month on new releases on our Big Cartel page. There’s a whole host of brand new stuff that’s all at the bargain price of £35 (plus postage). Head on down and check it out…

Unfortunately Masthead is not available from id-iom big cartel as this was a commission.

Comments Off on Masthead

It’s been a blast…

‘It’s been a blast…’ is something of a bittersweet commission that we were asked to create for someone as a little parting gift to their boss. Something unique was required to commemorate the 12 years they spent working for the same company as it was now time for them all to move on. I think there were some up and some downs but, as I understand it, mainly ups and it’ll be with something of a heavy heart they’ll be saying goodbye. It’s been a blast indeed…

Comments Off on It’s been a blast…

Helloooo! Is this line working?

Commissions can sometimes be a lot of fun. For this one we were asked to create something for an IT & communications company called Qualitas that will be going in their foyer of their offices. That meant nothing too risque although we wanted to have a little humour in there so eventually we came up with a design we liked using the tin can telephone and then having their company name in the string. We’ll hopefully get a pic of it in situ once we can do…

Title: Helloooo!! Is this line working?

Comments Off on Helloooo! Is this line working?