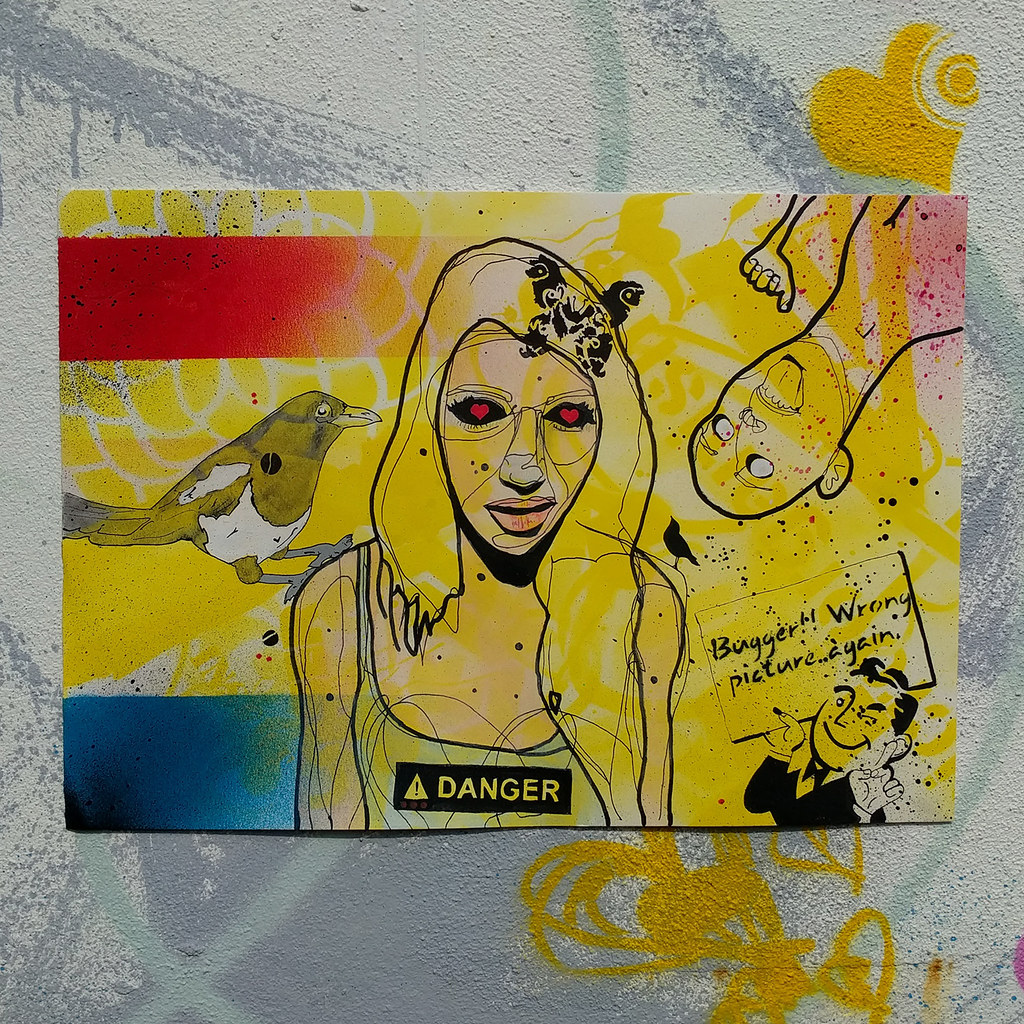 So, whilst we’ve been busy getting stuff on eBay we’ve also been tinkering away with some new stuff..

‘Always read the label’ is one of the sound bits of advice that plenty of people choose to ignore until it’s a little too late. Usually it’s referring to medicines or somesuch but in this case it’s pertaining to the young lady with ‘Danger!’ on her top. Despite her dubious attractions to ignore such advice can only lead to trouble…

She’s from an edition of 5 and is an eminently frameable A3 in size. She’s been completed using the magic of screen printing, paint pens, spraypaint and stencils. Signed on reverse.