The shadows of pleasure

There I was having a few drinks late on Friday when inspiration struck. In front of me were a few empty beer cans, a pencil case and a few other bits and bobs needed to make quick work of the empty bit of paper.

Using the shadows from the beer cans I’ve created this minimalist piece which is a step away from what we normally do. Invariably we would stick some text or maybe a face across the middle of it and call it finished. This time though a modicum of restraint was used and I stopped before I could carry on. Everyday is a school day…

Comments Off on The shadows of pleasure

I struck up a conversation the other day with a man who had more than a passing resemblance to Rudolph the Red Nosed Reindeer. I have enough tact not to start a conversation with such a glaring statement but the similarities between them were uncanny with the same large red nose, massive teeth and incredibly long face. To tell you the truth it looked like one of the plastic joke ones given out for Comic Relief but, of course, I didn’t say that either. Instead I struck up a conversation about O’Neill cylinders in an attempt to bamboozle him, hopefully leading to a mild sense of confusion so that he would lower his defences and I could hopefully find out if he was actually somehow related to the famous reindeer.

I won’t bore you with the ensuing small talk but I did eventually find out that his name was Rosacea the red nosed human and he came to have such a big red nose due to a chance meeting he once had with a drunk fairy who thought it would be funny to make a human version of Rudolph. Over the years Rosacea hasn’t found it that amusing however…

Comments Off on Rosacea the red-nosed human 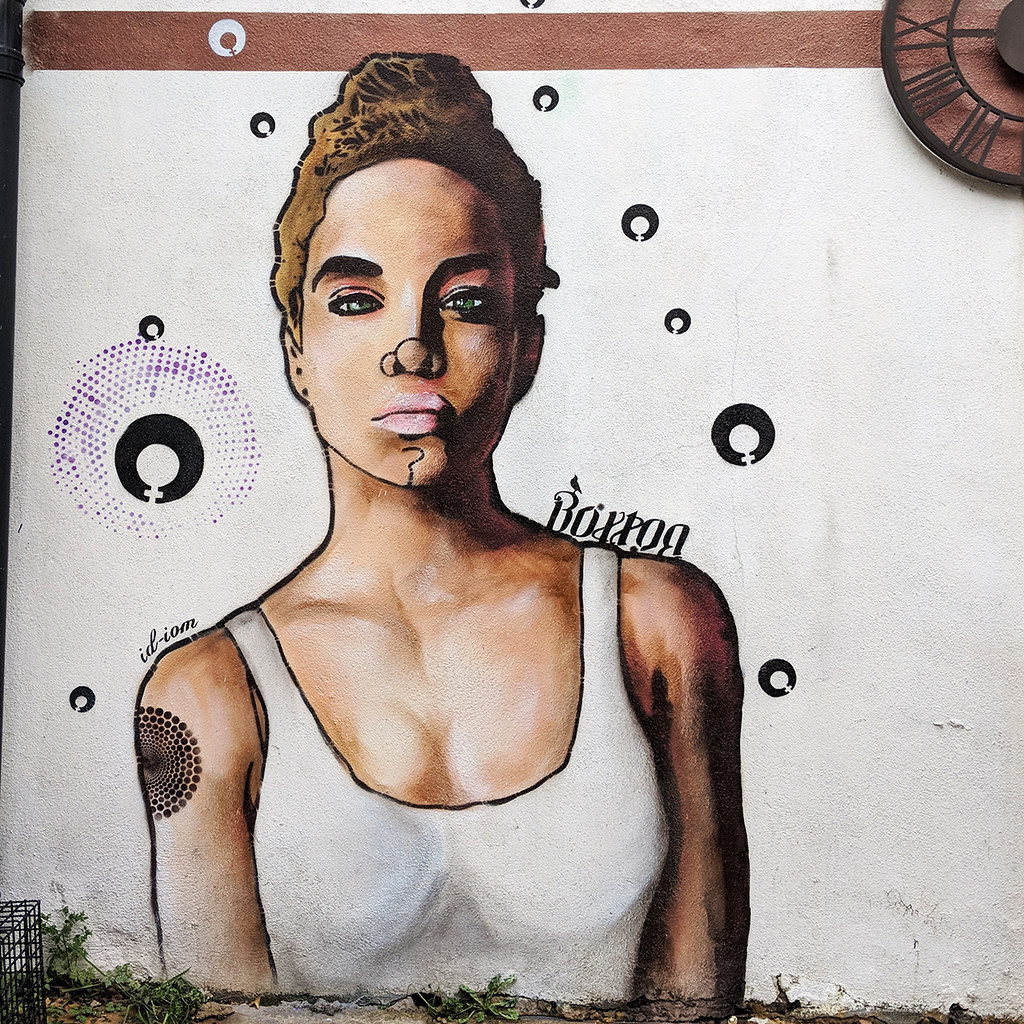 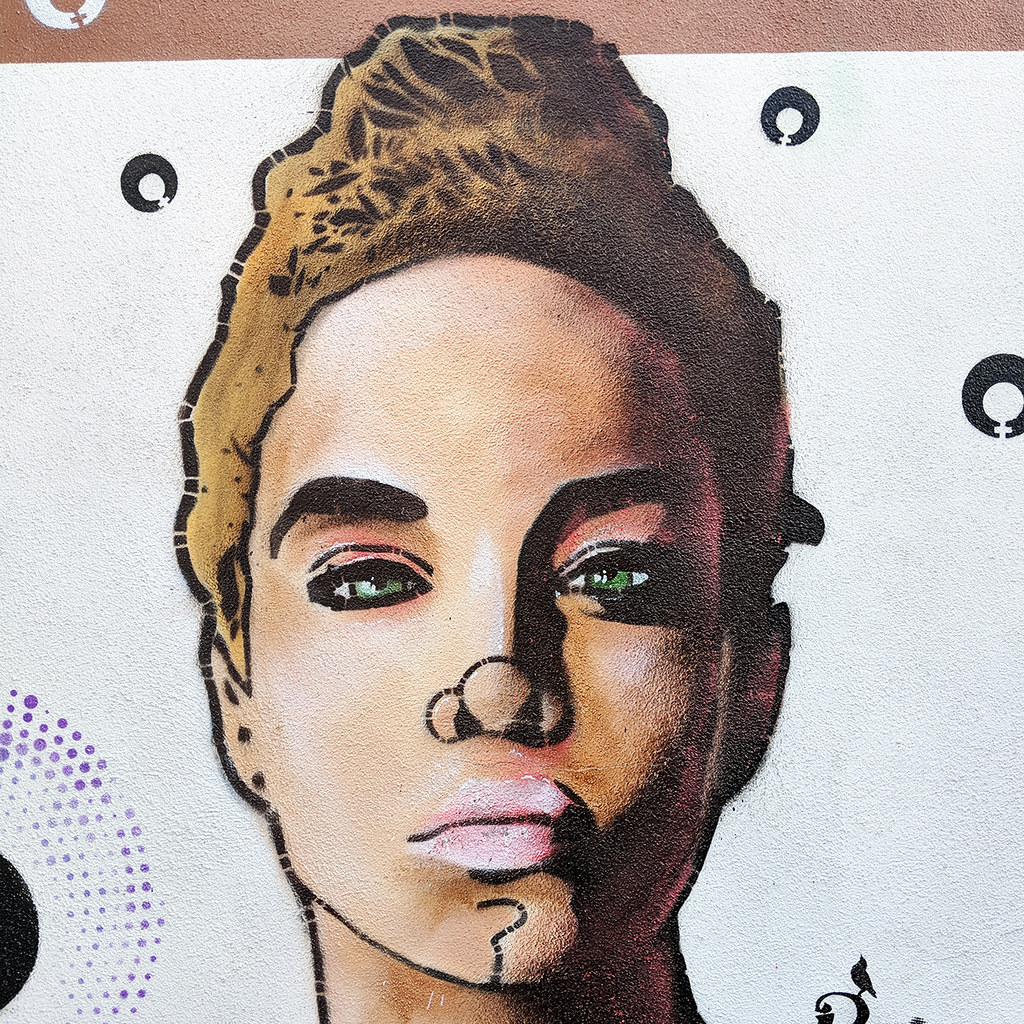 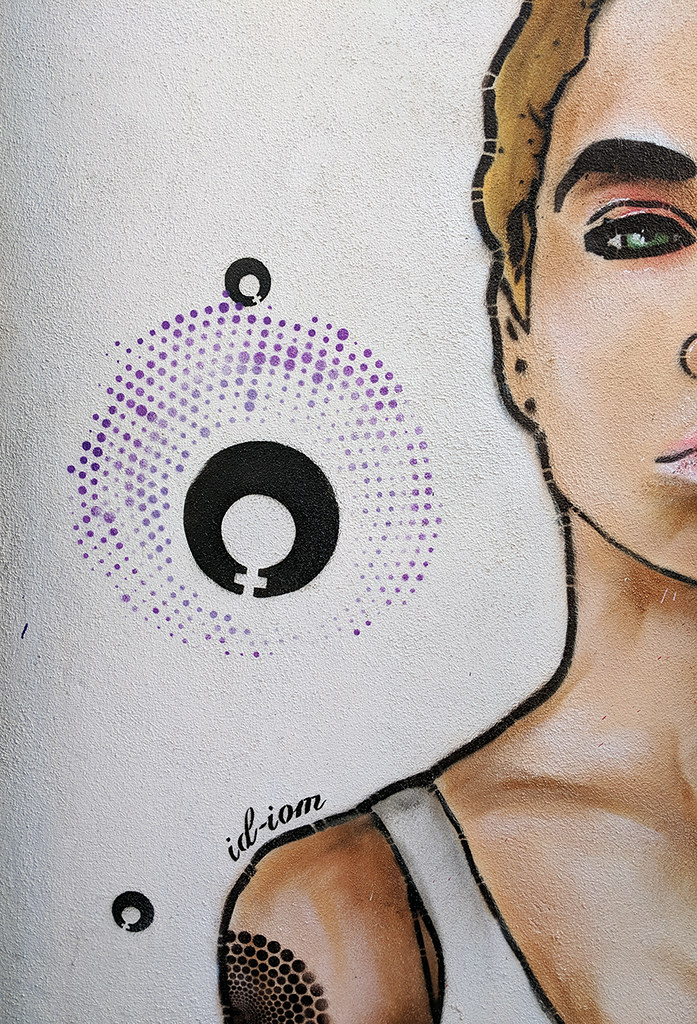 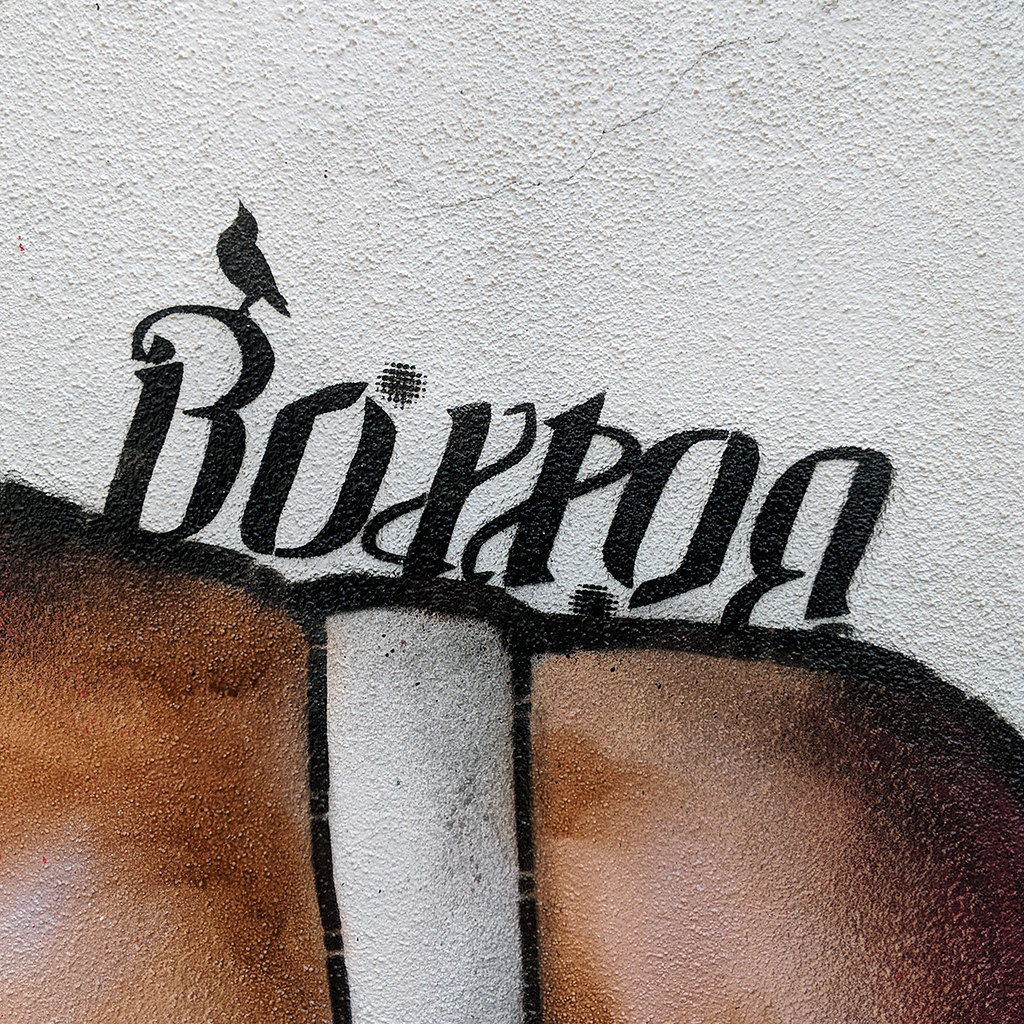 We’re a bit late to the party with our offering for International Women’s Day but given that we’re male then it’s probably just par for the course. We did start it on International Women’s Day so that’s in our favour at least. Here we have a proud, empowered and intelligent young lady and that look in her eye tells you that you’d best believe it. We pilfered the International Women’s Day circle logo for the background and got a little nod to our adopted home of Brixton in there just for good measure.  And there you have it. Long live the matriarchy.

Comments Off on Valkyrie

I once killed a man…

It’s just like id-iom to be late to the party and it would seem like ‘talk like a pirate day’ is no exception. If you missed it ‘talk like a pirate day’ was yesterday – 19th September – but due to our tardiness we’ll be throwing our hat in the ring today instead with a little pirate themed street art. To that end we have gone for a light pun based work employing the timeless convention of the double entendre. That is all. Now it be time to walk the plank!

Comments Off on I once killed a man…

Not being English I’ve just had to do a little research on Saint George as the only thing I knew about him was the story of George and the dragon. It turns out he was actually a career soldier born somewhere in Syria or Palestine in about 280AD. Apparently he was raised a Christian and was eventually tortured and executed for disobeying an imperial decree regarding his Christianity. Now that’s dedication…

The dragon story is fabricated much later as allegory to show Christianity defeating some kind of ancestral paganism – at least that’s what wikipedia claims. I prefer to think of him of some kind of armoured medieval littlest hobo going from town to town making friends and righting wrongs. And, of course, killing dragons. For no other reason than he’s a good guy with a strong community spirit. That’s who I’ll be raising a glass to later anyway…

PS – Just to clarify, this picture is actually from a couple of years ago but we hadn’t done a post about it before now.

Comments Off on Let’s all celebrate Saint George…

Valentine’s Day… What a complete waste of time and money. I’m not really a big fan of Valentine’s Day. I thought it best to get that out of the way first although today’s offering probably makes that quite clear. Not that i’m against people expressing their love for one another (as long it’s consensual, of course!) in fact i’m all for that – but it’s just the fact that it’s so commercialised and now comes with such expectations. I think i’d probably prefer to buy someone flowers or go for dinner on just about any other day of the year. Surely the only fun to be had on Valentine’s Day was sending cards anonymously when you were at school?

There’s a large number of Valentine’s themed prints available to cash in on today’s ‘festivities’ but we thought we’d cater to those for whom Valentine’s Day is nothing to celebrate. So Relationship Mitosis is dedicated to all those who won’t be out for an over-priced dinner this evening.

All that said I’m not a complete buzzkill and hope that everyone has a lovely day!