Nothing says sophistication quite like a plastic glass of Merlot. To this end Minivino have got the market cornered. After reading the supermarket description of such a marvellous creation I decided it needed something a bit more fitting.

If this was an 80’s film this would now be the montage section where I purloin the label, scan it, find fonts, use my computer and finally print out the finished product. We’d then segue back to me walking up the street about to complete my mission with the supermarket insertion of my replacement label. Cue credits.

Comments Off on Minivino Merlot Most of us have been some degree of drunk at one time or another. This gentleman, however, seems to have taken things to extremes. Just to make things clear I only met him the once. Thankfully.

When I clapped eyes on him outside the pub the other night he was moving like he was in a slow-motion video whilst everyone else around him was moving at what is considered a normal and acceptable speed.  It was quite disconcerting I do have to say. It somehow created a mist of cognitive dissonance that had people feeling like the pavement had started to roll like the waves of the ocean and they were all becoming seasick whilst merely sitting outside the pub. I have never seen such mass hysteria and all from some drunk fool who kept shouting that he had drunk ‘something squiffy’. Be warned.

On A4 paper made using ink, acrylic and watercolour. Drop us a line if interested.

Comments Off on Something squiffy 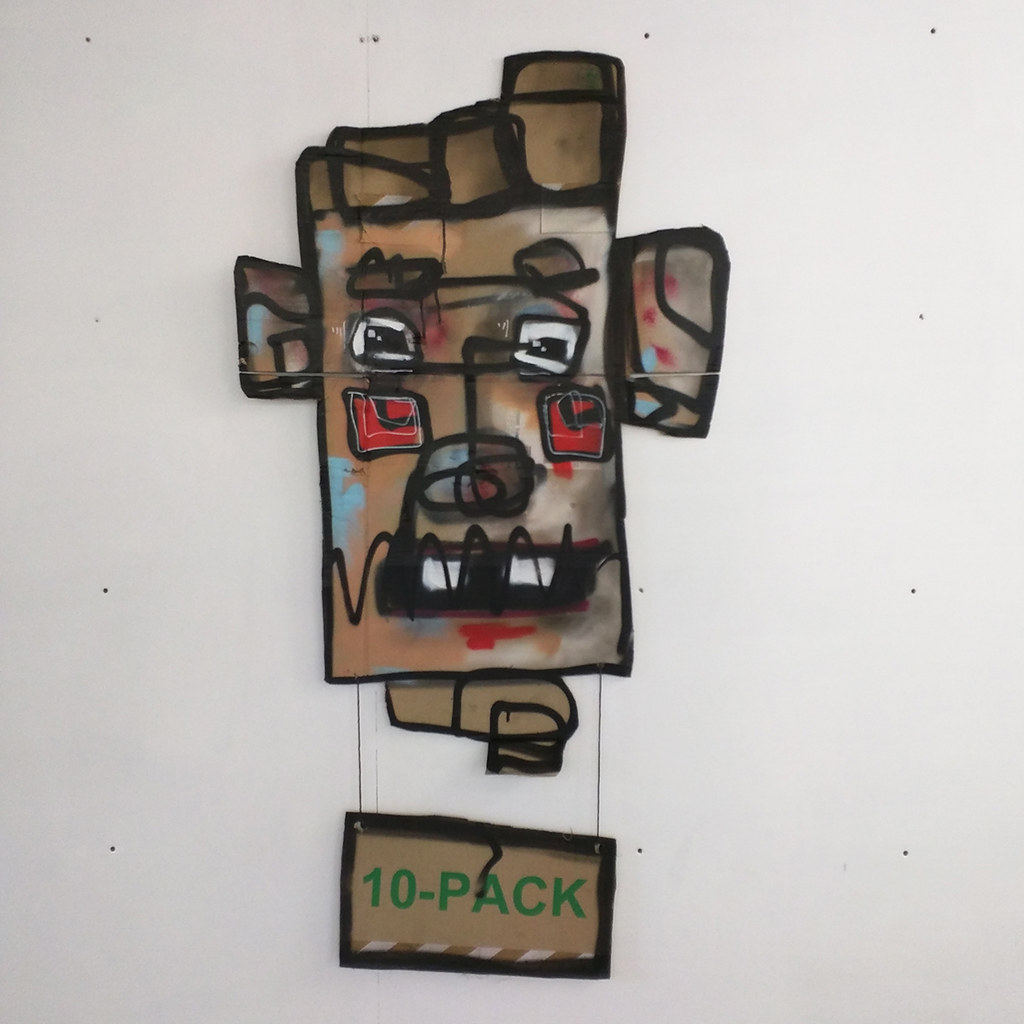 Whilst out watching the TT races we happened to come across this guy who was a little worse for wear to say the least. We presume he’d been drinking all day but couldn’t be quite sure due to the fact that he couldn’t speak but only mumble in incoherent fits and starts. Most people gave him a wide berth but we decided not to err on the side of caution and go and engage this ruffian…

This is a stark example of what happens when you drink and paint. You’ve been warned kids!

Comments Off on Tony ’10 Pack’ 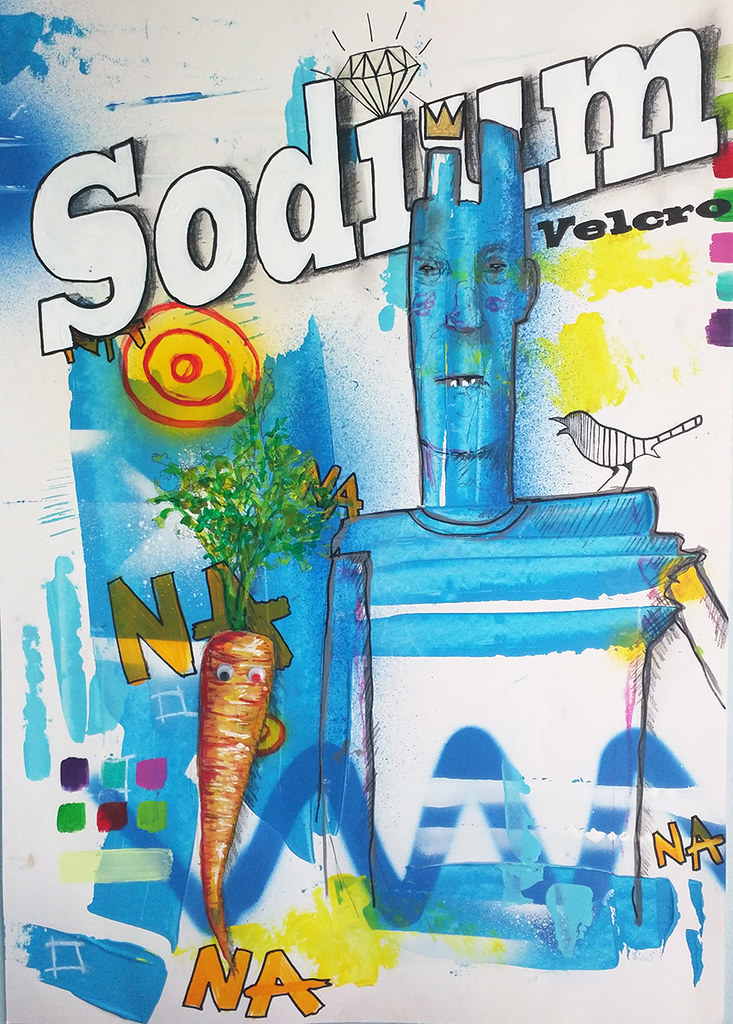 Well, what does on about a piece like this? If, by any chance, you looked at our social media accounts last Friday you might of seen a few glimpses of this little beauty via a series of progress shots. If you didn’t catch that (and i’m not sure that too many people did) then perhaps it’s best for me explain how this picture came to be. It was early afternoon on Friday when a friend popped around with some beers as it was a gorgeous day and she had the day off work. Being the good friend I am, I accepted her kind offer and started to have a beer with her whilst also doing a bit of painting. It all started sedatedly enough but escalated quickly and things started to get a little messy.

With my brain swimming in alcohol, ideas abounded. I’m pretty sure it was a case of quantity over quality but somehow this piece started to form and I was left with a rough version of this when I woke the next day. For no better reason than I had a bit of time on my hands I tidied it up and decided to see if I could fathom what I was up to.

For the life of me I can’t really piece together what I was trying to get at although I think I had a very amusing reason at the time. The googly eyes on the carrot also came as a bit of a surprise as I don’t remember putting them on at all. Luckily for me I think they work and I’m thinking things could have been a lot worse. If anyone has any thoughts on what they think I was driving at I’d like to hear them…

In fact there are a few sketches in my sketch book which will provide some amusement when everyone is feeling low at id-iom headquarters sometime in the future. Watch this space.

Comments Off on Sodium Velcro

I told you our squirrels were trouble…

I told you our squirrels were trouble...

I’ve mentioned the squirrels around here before. They’ve even been in the newspapers – and here’s a little coverage from The Guardian to prove it! Anyway, believe me when I say they are bad. Real trouble. So there I was walking through the park when I get the feeling I’m being watched. I cast a furtive eye over the benches near me when I see him sat there, just staring at me and emitting a low guttural noise that doesn’t sound very friendly at all. A second glance reveals the empty cans and cigarette (or joint – who knows?) As I quicken my step I chance once last glance behind me and he seems to be chuckling to himself with an evil glint in his eyes. Making my way home apace I could have sworn I could hear rustling sounds behind me but couldn’t see anything. I just concentrated on finding my keys…

At least he hadn’t been on the crack. They are always worse. I’m not sure if I’ll be walking that way again…

In some societies it is believed that astral projection is only attained after years of intense practice by the most skilled meditative practitioners. This however is not the only way this esteemed state can be reached as it would seem that years of drinking methylated spirits out of an old cider bottle has led Turbo to a shortcut whereby he can project his astral self at will (provided he’s drunk).

There have been yoga practitioners who have managed to reach the dizzy heights of yogic perfection without ever having a lesson (as shown below) but, if you’ll believe Turbo (if you manage to catch him in one of his more lucid states) he will go on at length about his skill in astral projection – and is even willing to demonstrate – as long as you provide him with a suitable fee…

Comments Off on Turbo the Astral Drunk