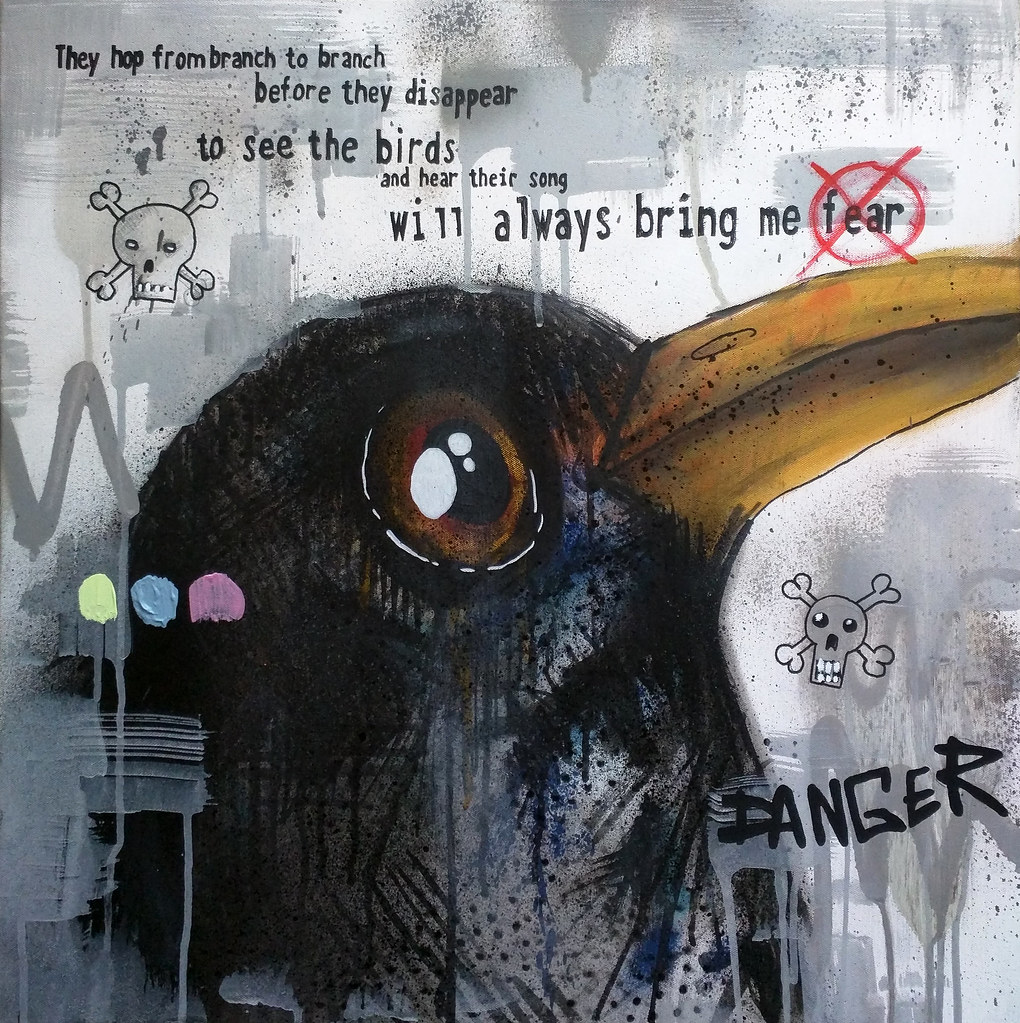 Daddy! There’s something moving under the stairs!

Daddy! There's something moving under the stairs!

Bathmophobia is the fear of stairs and a common cause is an early negative experience with stairs. This much we all surely know. However, this ‘early negative experience’ can be hard to pin down yet can persist for years. After much research and hanging around in the wrong kind of places id-iom can reveal the real cause of this debilitating illness and can embiggen medical knowledge all in one fell swoop. His name is Bob and if i’m honest it was quite tricky to get any more than that from him. He didn’t seem particularly keen to see me and i’m not convinced of his assertions that his intentions are strictly honourable… Either way I got the photo so at least that one is now sorted.

There we were with a few blank walls when we decided to come up with something we could do that could be sprayed up quickly whilst making the most of our truly impressive freehand skills. After a quick trip back to the lab we came up with the stencilled eyes and mouth which can be thrown up at a moment’s notice followed by a quick bit of can work for the rest of it. Bish, bash, bosh. 2 minutes and it’s job done. Although saying that we went to town on the bottom one after a couple of earlier mishaps which eventually took a little while. Hopefully we’ll be developing these somewhat if we get a little space to work with…