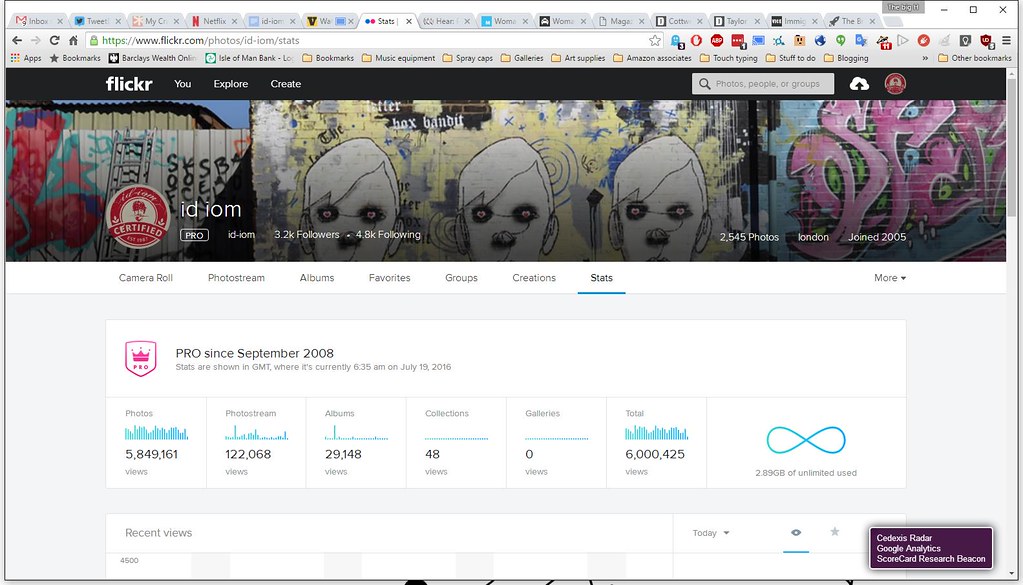 Our artwork has only gone and got a combined 6 million views on Flickr – so I suppose we here at id-iom HQ can now call ourselves millionaires. With that news I’m off to buy myself a country pile. Oh wait a sec it’s just views not pounds or even pence. It looks like we’ll just have to remain starving artists who live by their wits just a wee while longer…

Comments Off on 6 Million!

I was just having a quick look through our Flickr page and realised that although i have already covered our work at the White Horse pub in Brixton I hadn’t posted the original image for the round 2 piece that we adapted to work on the wall. Strangely the inspiration for this piece came from a toy horse that was bought at a market in Spain that had such magnificent packaging that he just had to be purchased. I can’t imagine the toy passed any safety inspections and was probably covered with lead based paint but i had no intention of sticking it in my mouth. He even had some text on the box which had been badly translated into English (i’m guessing from Chinese). The text reads:

The toy and packaging were magnificent in their crappiness but it did supply us with hours (well, minutes) of entertainment whilst drunk one night and at least we managed to get some artwork out of it. All in all i’d say it was a pretty good toy. It’s just a shame we don’t have a picture of the toy or box for you to marvel at. I’ll remember to do that next time…

Comments Off on It’s all just horseplay