Demotivational Poster No. 9 – Think of the exposure

Do you insist on doing stuff for people for free? Does your time not really have any value in the eyes of others? Do you get a thrill at being told what to do but getting no ££ for it? If you answered yes to any or all of these questions then we have just the product for you! id-iom’s new range of demotivational posters are ideal to give you that extra little nudge you need to justify to yourself whatever decision you’re about to make. It’s that simple! Anyone can use them!

Today’s piece is one for the artists out there. Unlike just about any other professions I can think of there is some weird thing with artists where people seem to expect you to work for free on the basis that doing whatever job they’re suggesting would be good exposure for you. You try that with a plumber and I’m pretty sure what happens next.

She’s on A2 paper and is made using the magic of spraypaint, stencils and imagination. We have one in white to suggest the naivety with which you approach this offer the first time you hear it and one in black to suggest the mood you’d likely be in when you hear it for the second time that week…

Comments Off on Demotivational Poster No. 9 – Think of the exposure 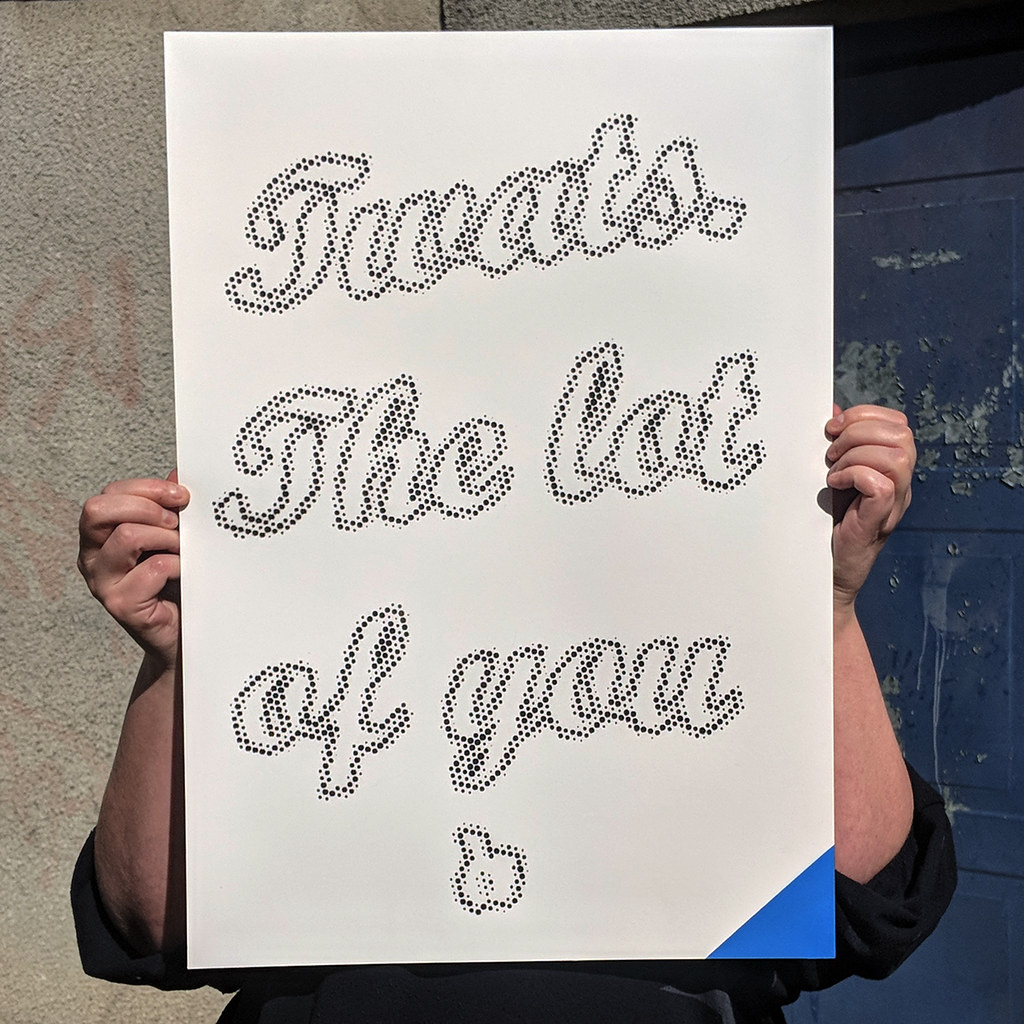 Sometimes when life gives you lemons you make lemonade and turn an otherwise bad situation to your advantage. On other occasions however one  must simply hastily down tools, throw one’s hand in the air and storm out in a huff whilst uttering the immortal phrase ‘Twats. The lot of you’. Here ends the lesson.

‘Twats’ is A2 in size and doesn’t care who knows it. She’s been lovingly made using the magic of spraypaint and stencils. Drop us a line if interested…

As a bonus how’s this little nugget – unlike many other swear words, ‘twat’ is included in Google’s auto-complete function. So now you know.

Comments Off on Twats