Graffiti is a piece of cake

We are id-iom and we like idioms. There, I’ve said it. Sometimes we’re not quite so literal but today we are and there’s not much you can do about it. Here we have ‘Graffiti is a piece of cake’. Now we all know that ‘a piece of cake’ to mean a very easy task or accomplishment and graffiti to be the act of spray painting a wall. What do you get when you combine the two? You get a nice slice of cake. Plus a small stencilled fly.

In all fairness though painting freehand with spray cans is actually rather difficult. So, in a rather contradictory way I’m going to suggest reading to the end of this post and then forgetting you ever read it. It’ll be better that way. Just retain the image of the nice slice of cake. And try to forget about the fly that’s messing with your cherries.

As an addendum to today’s post, my research – which consisted of putting the words ‘Graffiti piece of cake’ into Google – revealed the world of graffiti cakes. They’re a thing. Seriously. Check it out yourself. What kind of world do we live in?

Comments Off on Graffiti is a piece of cake 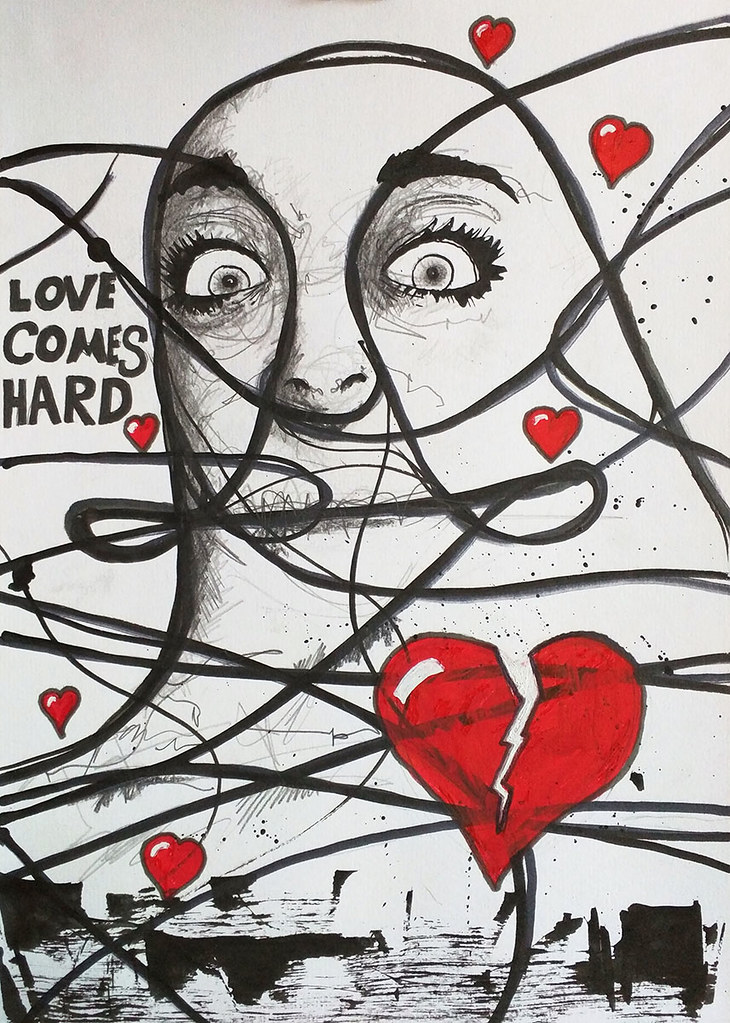 Now I think this piece can be taken in either one of two ways:

2) It is in reference to the fact that when the subject eventually hits the heady heights of orgasm it hits them like a freight train and they writhe around like they’ve electrocuted with an ecstatic rictus grin plastered on their frightening looking mug.

Comments Off on Love Comes Hard