For our inaugural visit to City of Colours in Birmingham last year we painted a giant (5m x 5m) version of this piece and since I currently have access to a laser cutter thought I’d commemorate it with a keyring (5cm x 5cm) sized memento. I’m still not entirely sure where I stand on whether one should attempt to paint laser engraved items or whether that detracts from the point of laser engraving them in the first place. The artist in me wants to paint them but sometimes they just look better as plain wood. Plus they are complete fecker to paint properly. I’m still undecided however.

If you’ve ever had a dream so real that upon waking you need to take a couple of minutes to work out exactly what’s going on then you’ve probably got some idea of the inspiration behind the original piece. A half remembered memory of something that really never was. It sounds quite vague but makes for a good picture (and keyring). Right, what’s next to get lasered? 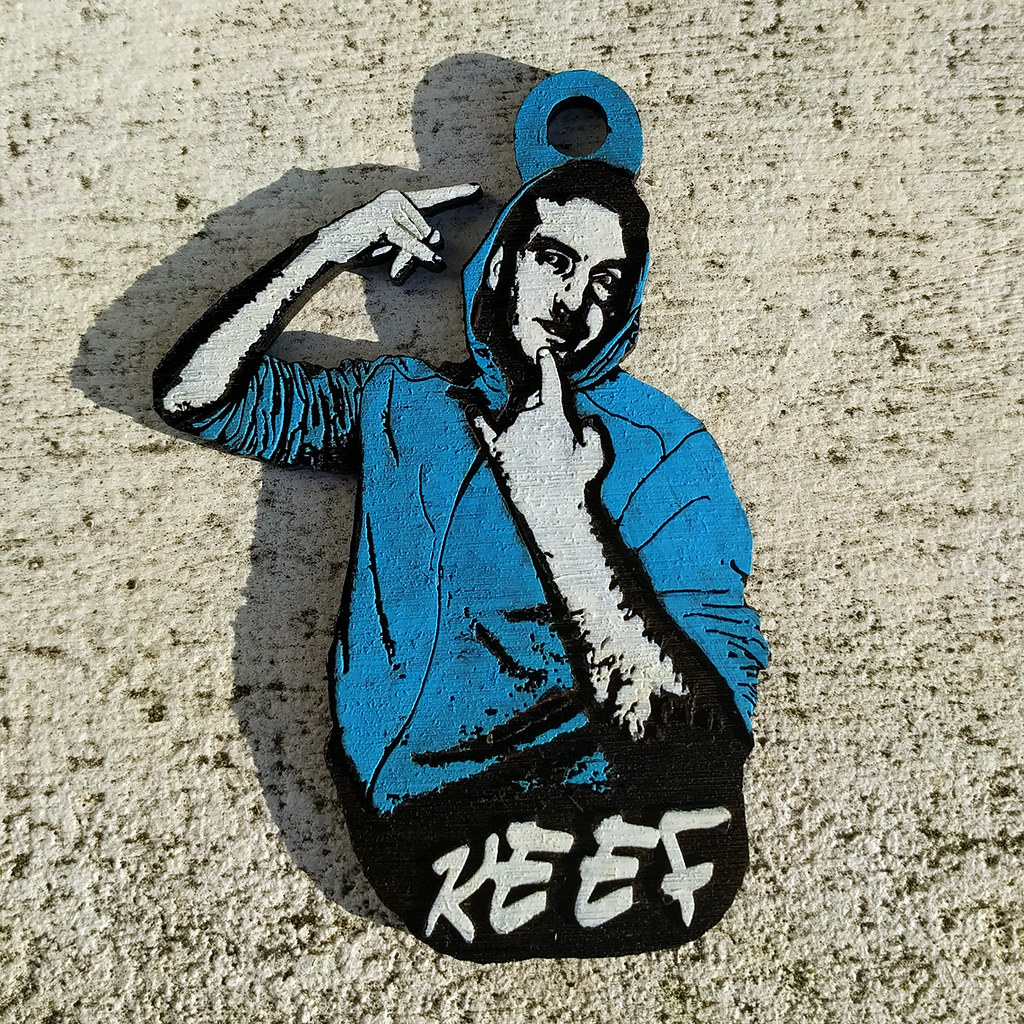 So, it turns out that if you give a man (well, me specifically) access to a laser cutter this is the kind of magical little trinket you can expect him to produce with his first run of successful cutting. I’m a little smitten with this device at the moment. It may become obvious. If I’d ever paid attention as to how to use vector based graphics programmes it probably wouldn’t have been quite so much of an achievement – but I haven’t so it was. I’ve had this sketch of the eponymous Keef pulling some complicated hand signs on my computer for quite a while now so it was nice to finally get to use it for something. I just hope he thinks the same when he gets his new keyring…

Comments Off on Keef