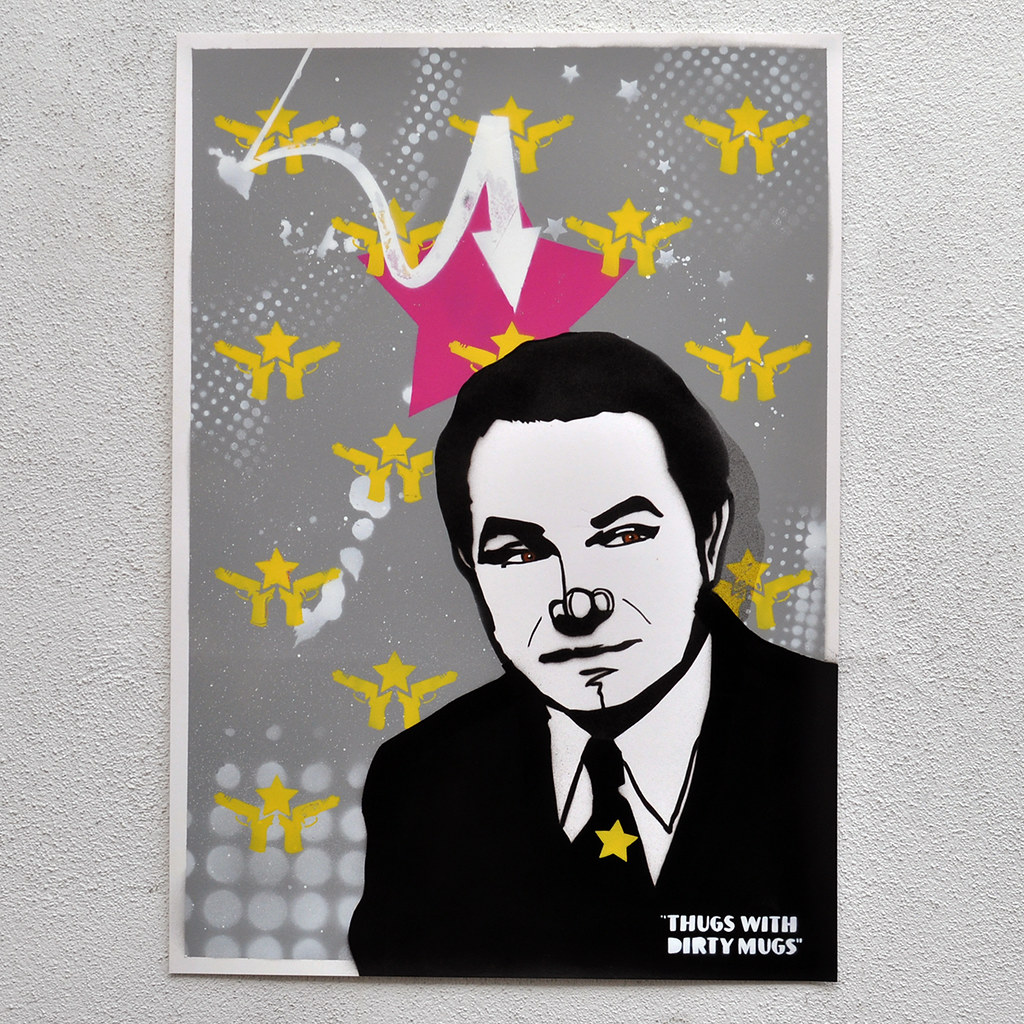 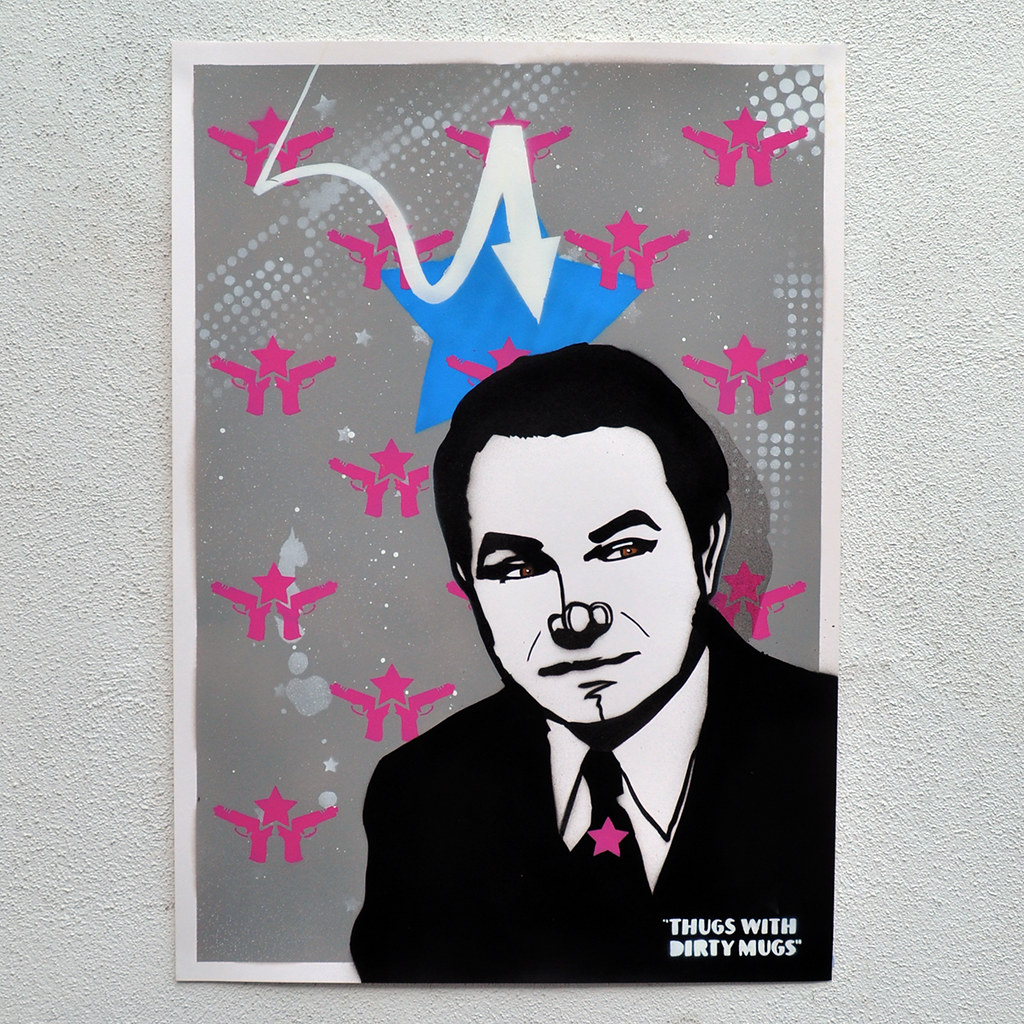 The Muse works in mysterious ways. And I think I have proof. Now stay with me on this one as it’s a bit of a ramble…

So there I was watching some link I’d clicked on that had taken me to youtube and when the clip I was watching finished the next suggested clip started playing. It was a 1939 cartoon from the Merrie Melodies series (a companion series to Looney Tunes) called ‘Thugs with dirty mugs’ and the bank robber in it, Killer Diller, was supposedly played by Edward G Robemsome – who was a caricature of Edward G Robinson. Robinson was a famous actor during Hollywood’s Golden Age and is best remembered for his tough-guy gangster roles. A little research into Robinson later and hey presto! I had an idea for a piece. He also has a great art related quote attributed to him which has given me an idea for another piece:

“I have not collected art. Art collected me. I never found paintings. They found me. I have never even owned a work of art. They owned me.”

I couldn’t decide which of the two colour schemes I was toying with that I liked more so decided to just do them both. As a little nod to the cartoon that got me on the road to creation I’ve included the ‘Thugs in dirty mugs’ text as it appears on the cartoon credits. Both of these bad lads are A2 and will look lovely once framed. Get in touch if you’re interested…

Comments Off on Thugs with dirty mugs

Having been asked if we could do a picture featuring none other than the ‘love’ obsessed French skunk Pepe le Pew I hastily got on my internet researching hat and saw what i could come up with (basically if you are some form of black and white animal he will attempt to have his wicked way with you!)

After looking for quotes from Pepe i came up with some absolute corkers and must confess that i’m at a loss why he isn’t much more popular today. I mean, come on, a french skunk that is perpetually looking for love must be some kind of comedy gold. Especially when lines such as “I am ze captain, and you are ze first mate. Promotions will follow quickly!”, “Permit me to introduce myself. I am Pepe Le Pew, your lover” and “I pierce you with the ack-ack of love, flowerpot” are ascribed to him. I could easily do a couple more pieces using just Pepe le Pew quotes.

Anyway i finally settled on using ” You know, it is possible to be too attractive” as i thought it would be particularly fitting on a mirror we had lying around the house (another item brought home that was found on the street). Once i’d cut the classy skunk striped text and got a few hearts on there it was just a matter of putting a stencil of the great skunk himself on there just to remind whoever is gazing at the mirror of one of his viewpoints on life.

Title: You know, it is possible to be too attractive!

Comments Off on The Pepe le Pew commission