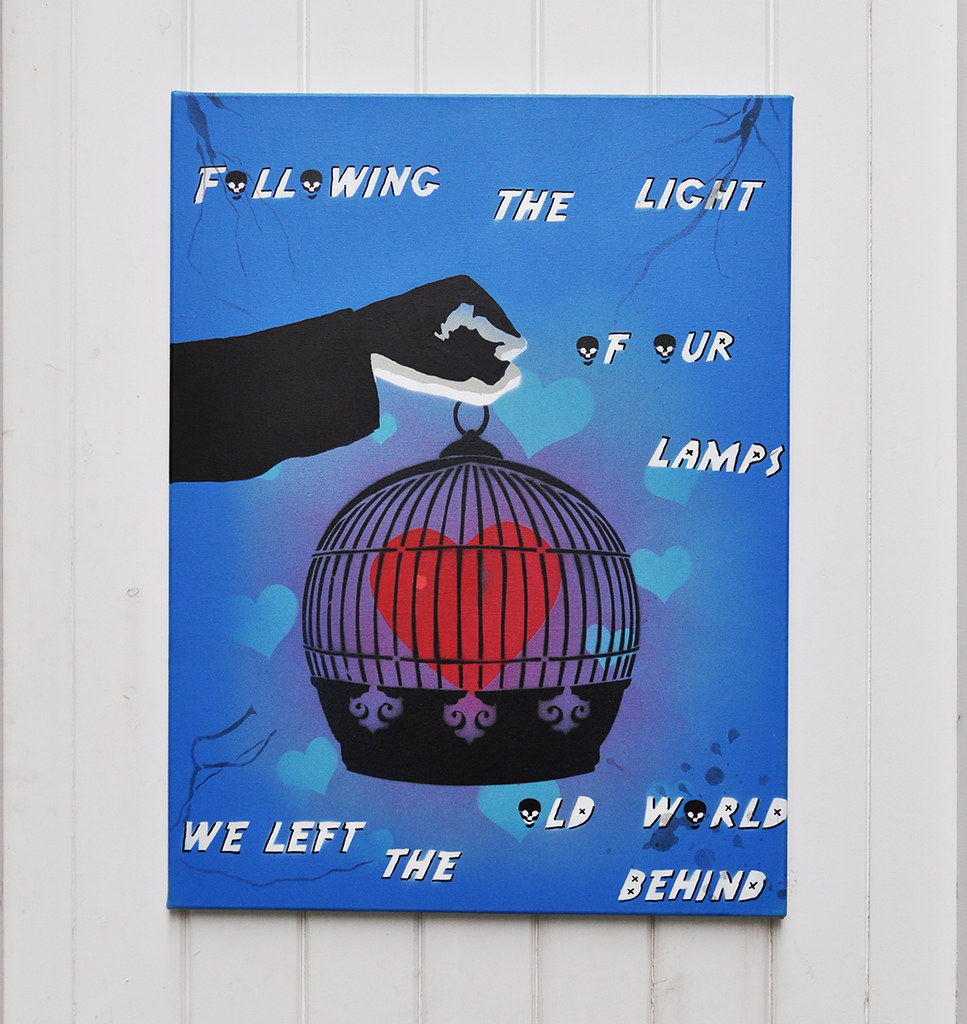 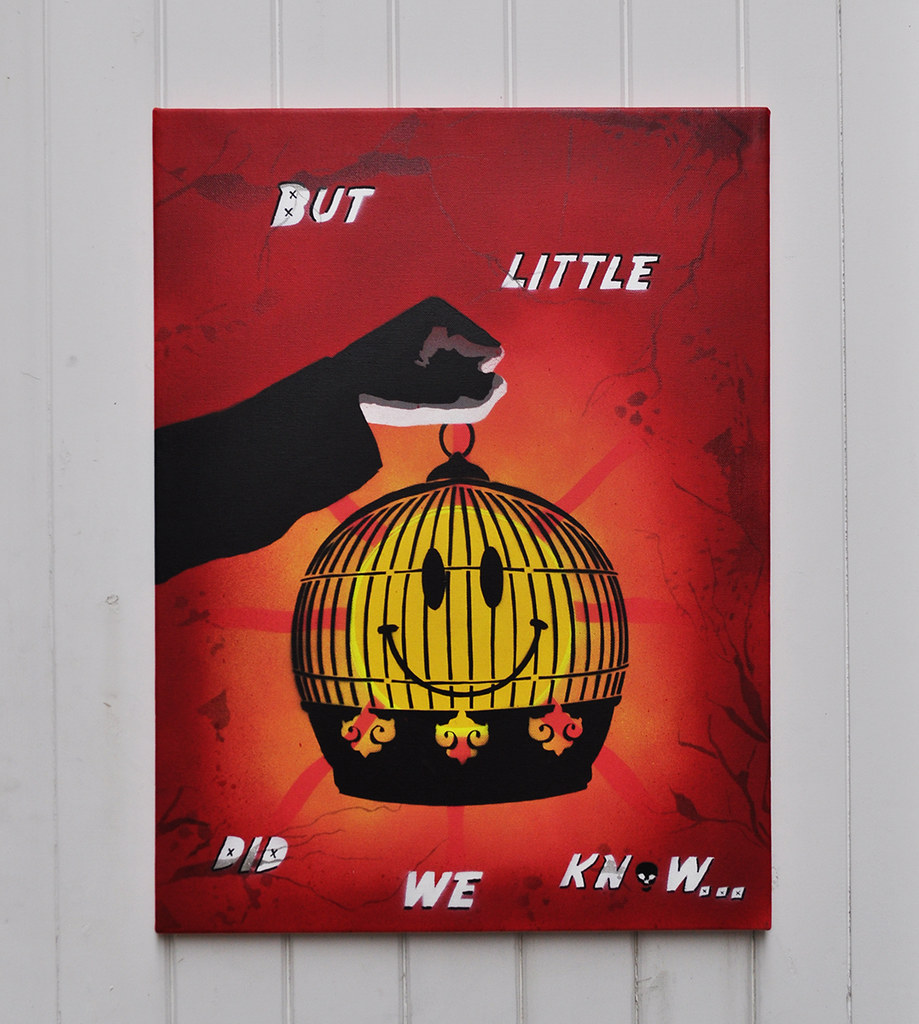 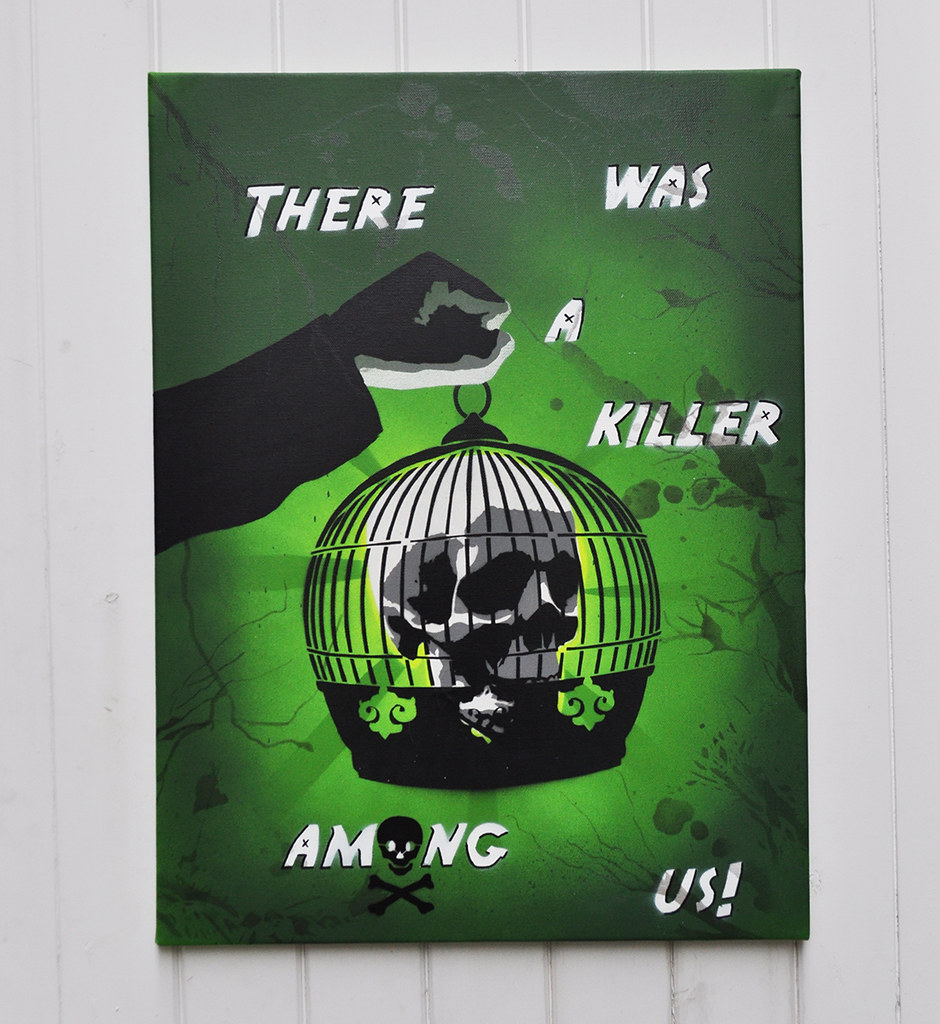 Myth tells us that God threw Lucifer out of heaven when he questioned the big man himself but all that did was give him more freedom than ever before. If I can make head or tail of it all he later went on to become Satan in popular culture and now dwells in a big spanky house in the Netherworld. This picture is a representation of the big man’s final decree to the fallen angel.

It’s A2 in size and is made using acrylic paint, spray paint and paint pen. Signed on reverse.

Comments Off on Suffer every scream