You give love a bad name… 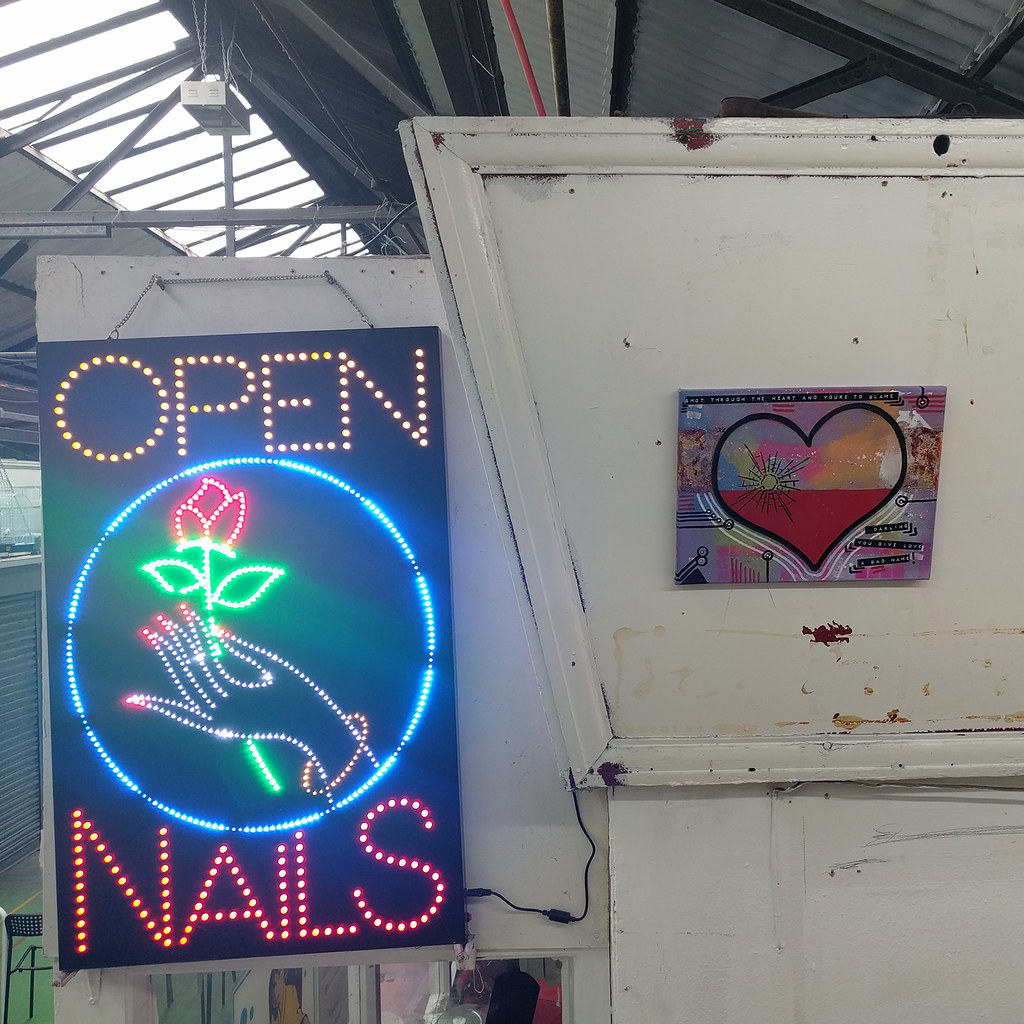 So as it was Valentine’s Day on Sunday we thought we’d get this up after we’d finished painting the piece we got up yesterday. It’s not particularly hard to find as we were painting in Tooting but you will need a ladder to get it. You can’t really read the text on this but it features a heart with a bullet hole and the following line from one of Bon Jovi’s seminal 80’s hits:

‘Shot through the heart and you’re to blame, darling you give love a bad name…’

Pretty fitting for Valentine’s in my view…

BONUS FACT: Bon Jovi were the last band to play at the old Wembley stadium. So there.

Comments Off on You give love a bad name… 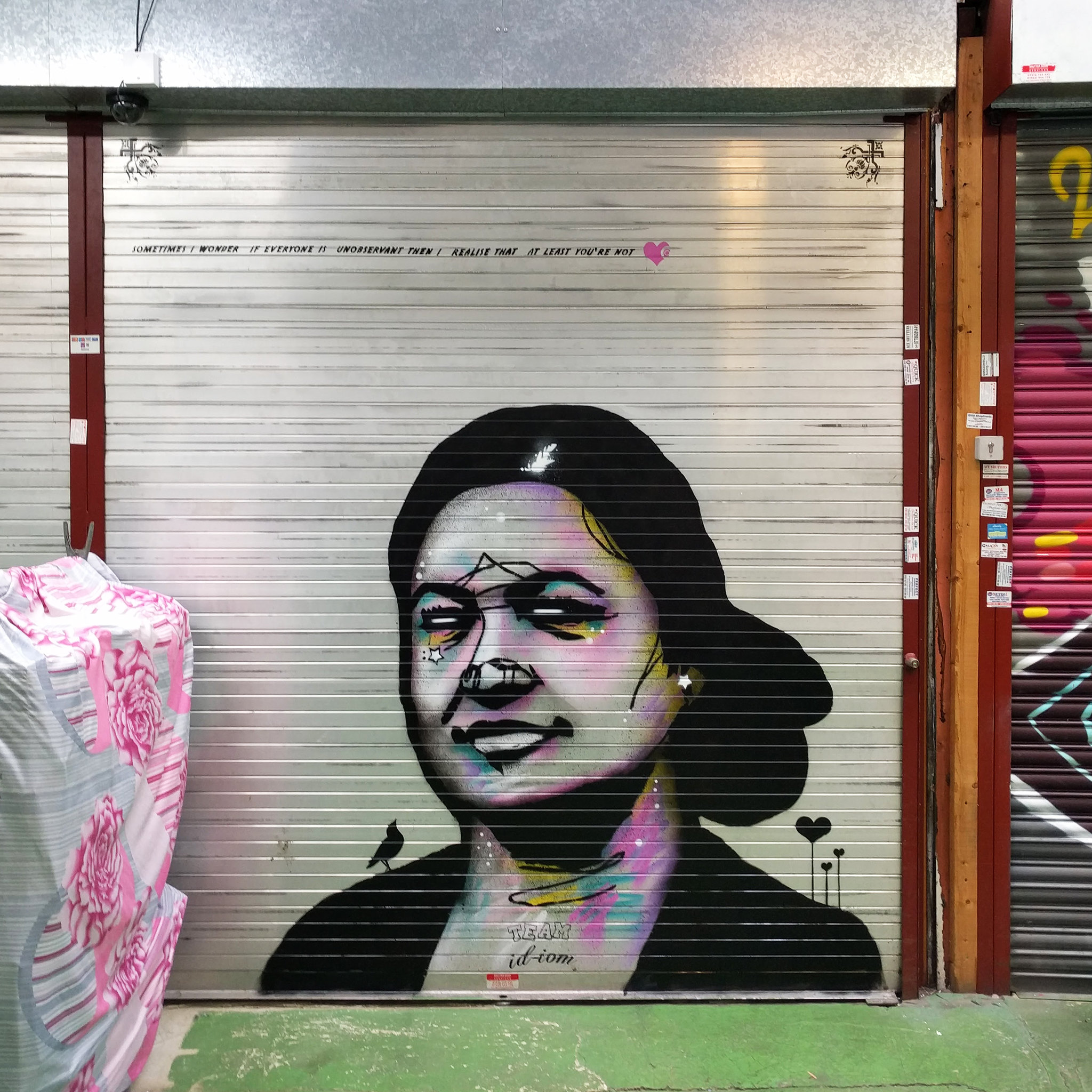 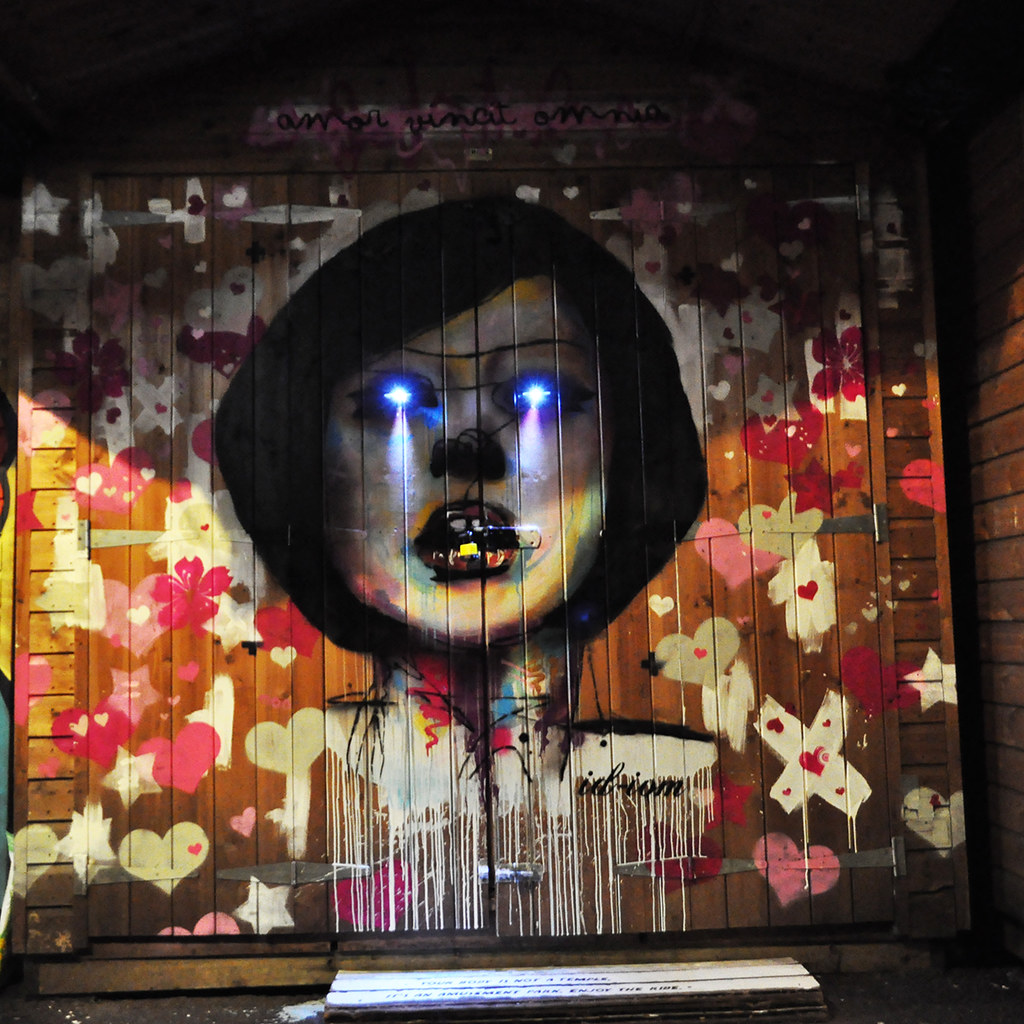 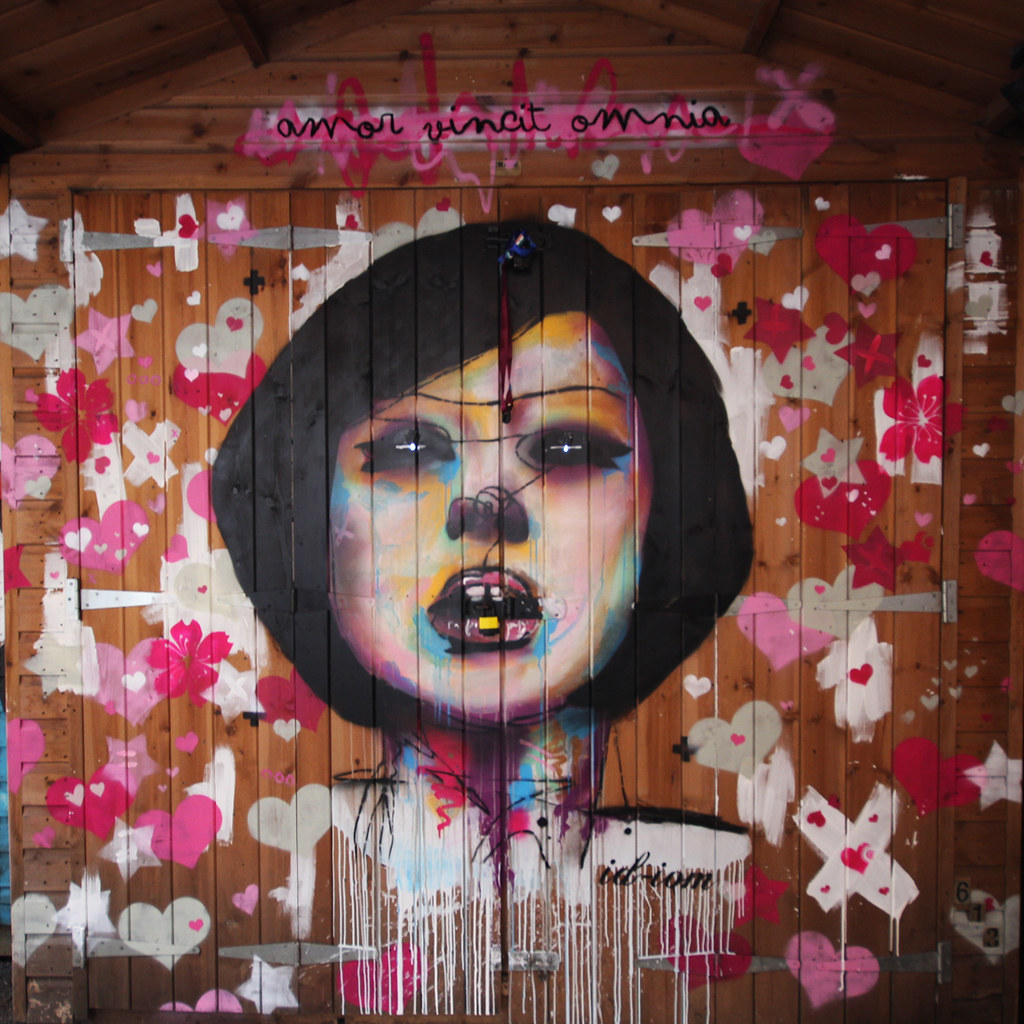 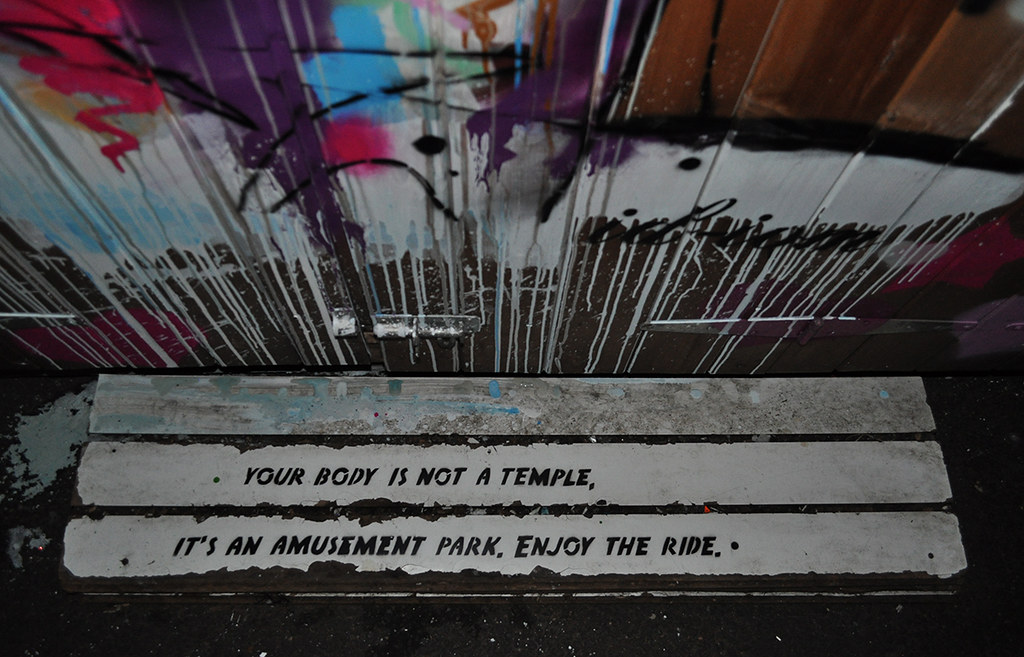 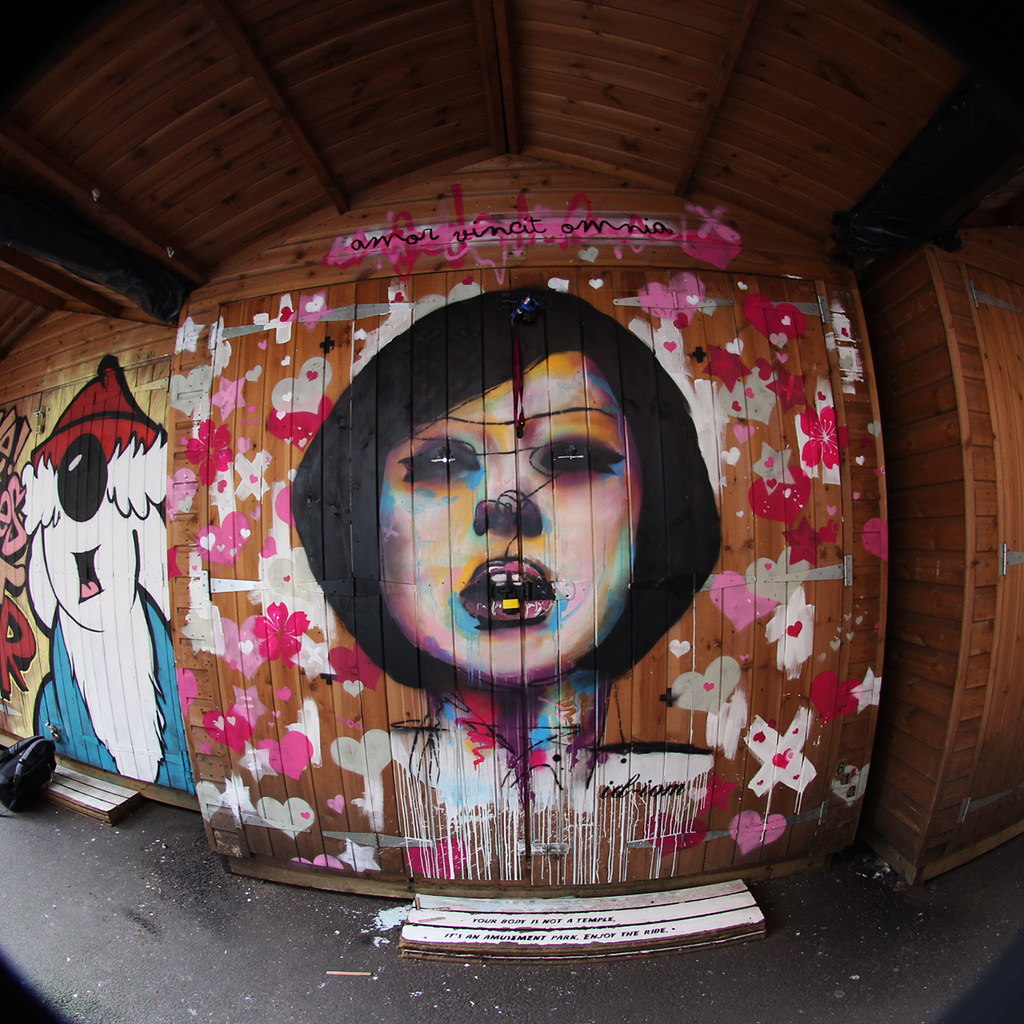 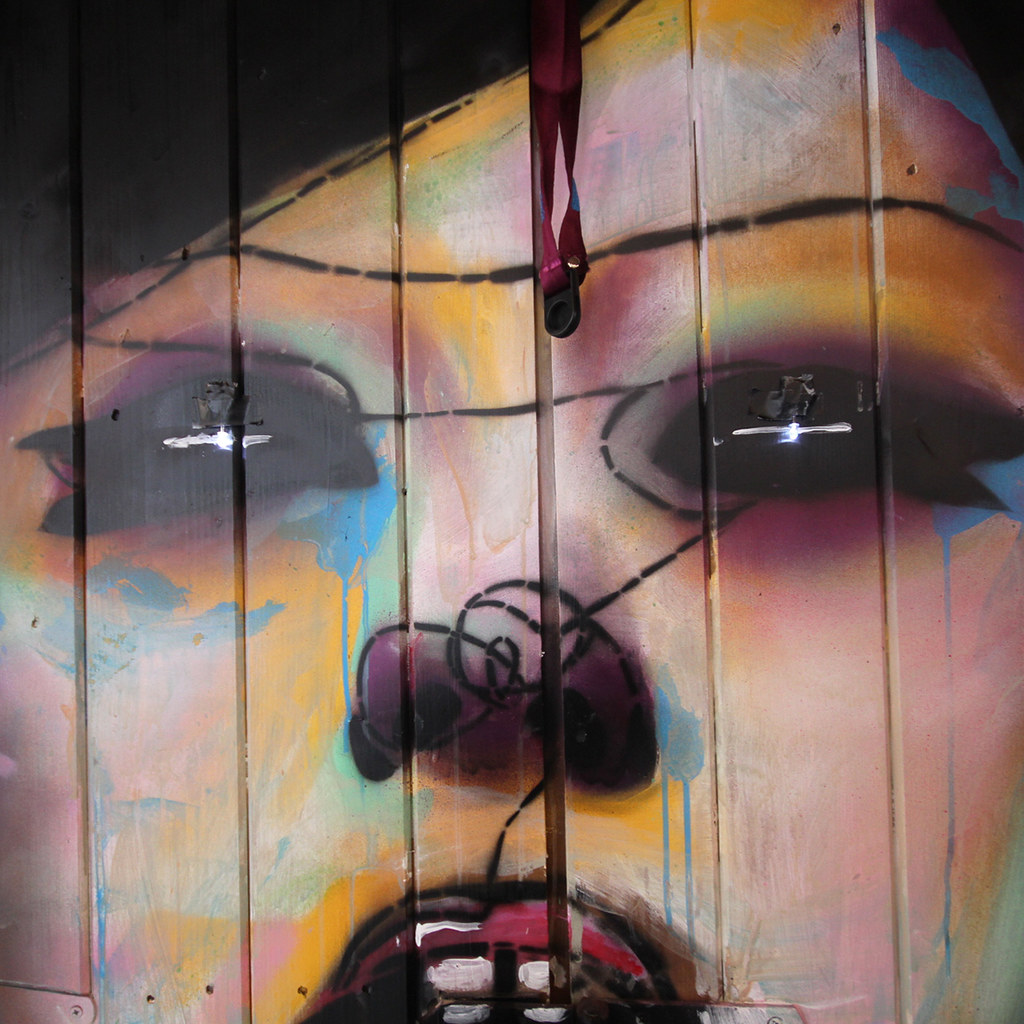 After our previous visit to Sclater Street the piece we completed lasted for a week before some razor sharp wit decided to modify it and add the word ‘ANUS’ nice and large right over the middle of our picture (as seen below). Noboby likes a large anus on their picture so we thought we’d do our best to replace it with something a little more fitting.

A little research led to the discovery that Sclater Street used to be famous for having a thriving bird market so our new piece would be a little nod to the streets’ history. As we were painting it an old guy came round with his grandson and told me that he used to live nearby and the market was still there when he was a kid. He also informed me that they’d sell you a painted sparrow as soon as sell you an actual budgerigar or the like. I’m not sure if he was pulling my leg or not but I liked the idea.

Once we’d got the background sorted and the bird and hand up I had to get our little bit of sculptural graffiti put up and fix the ‘2 and sixpence’ price tag right to the top of the wall. Which involved going right to the top of the ladder. Which is always a nervous moment on a blustery day. I gave it a good bit of duct tape as I didn’t want to be going up again so hopefully it’ll last a few weeks at least…

Comments Off on The Curious Case of the Painted Sparrow

A little bird told me Fortune is this way...

There we were painting the corridor downstairs at Seven @ Brixton when the owners of the imminently opening little boutique upstairs called ‘Fortune‘ asked us if we could paint a little something for them as well to brighten up their small-but-perfectly-formed shop. We didn’t have much time (less than 24 hours!) but as we have come to learn we work pretty well under pressure so of course we said ‘yes!’ and jumped right at it.

Fortune is a contemporary and vintage ladies boutique so the design needed to have that feminine touch. As the shop isn’t open full time they decided to put a peep-hole in the door so you could have a peek in whilst they were closed. We loved the idea of that so donned our thinking caps and decided that a pair of oversized lady’s legs reaching from floor to ceiling would look great through the peep-hole. We also put some stencils on the outside of the door to encourage people to look in and brightened up the wall they have most of their product on with some colour and a few freshly cut stencils. Finally we thought we’d best get some lucky black cats in there too. Just to make sure. After some feverish work and a little swearing it was ‘job done’ just in time for them to get their stuff back up on the walls and have their opening!

As i didn’t have too late a night on Saturday I thought that I may as well make the most of the sunshine and head to the ‘rise of the non-conformists‘ a.k.a. the Whitecross Street Party on Sunday. I think most of the painting action had taken place on Saturday but it was still good to check it out and visit some of the numerous and tasty looking food stalls.

Comments Off on Whitecross Street Party