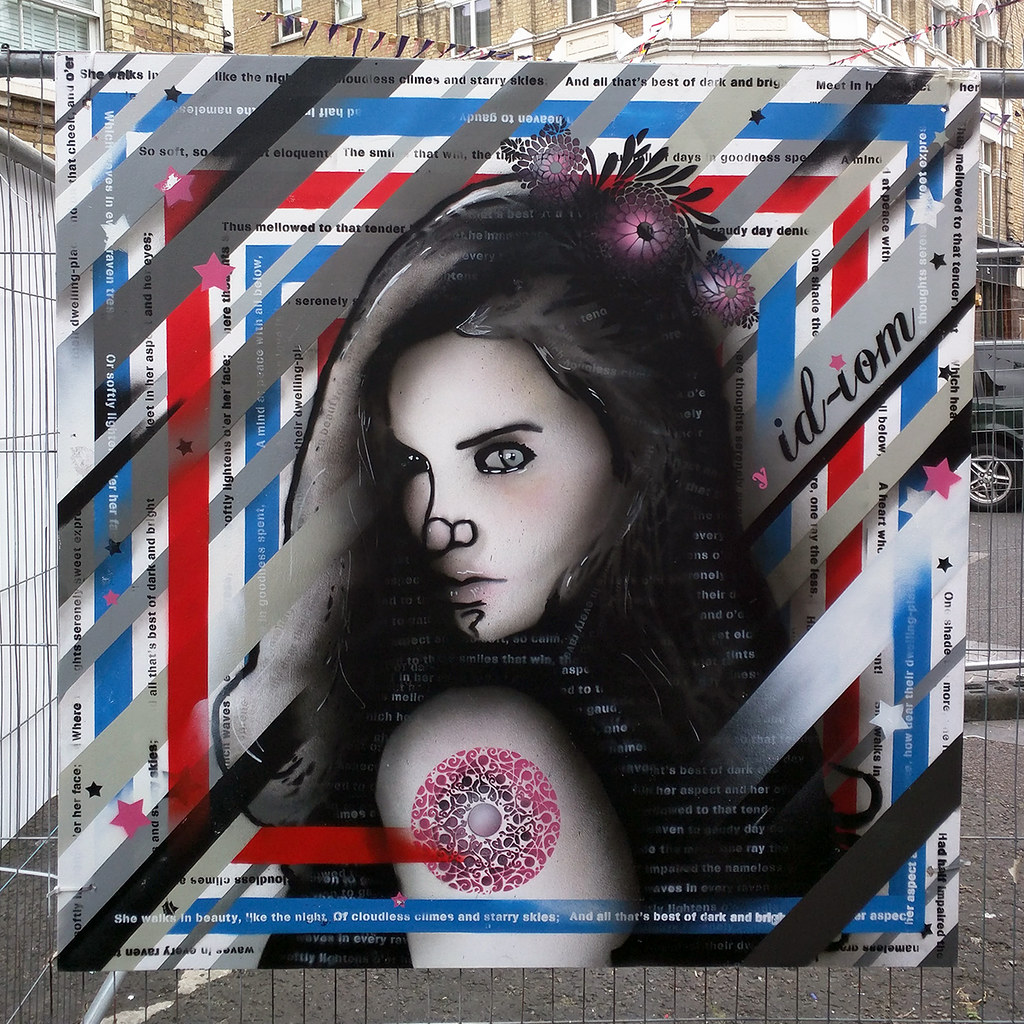 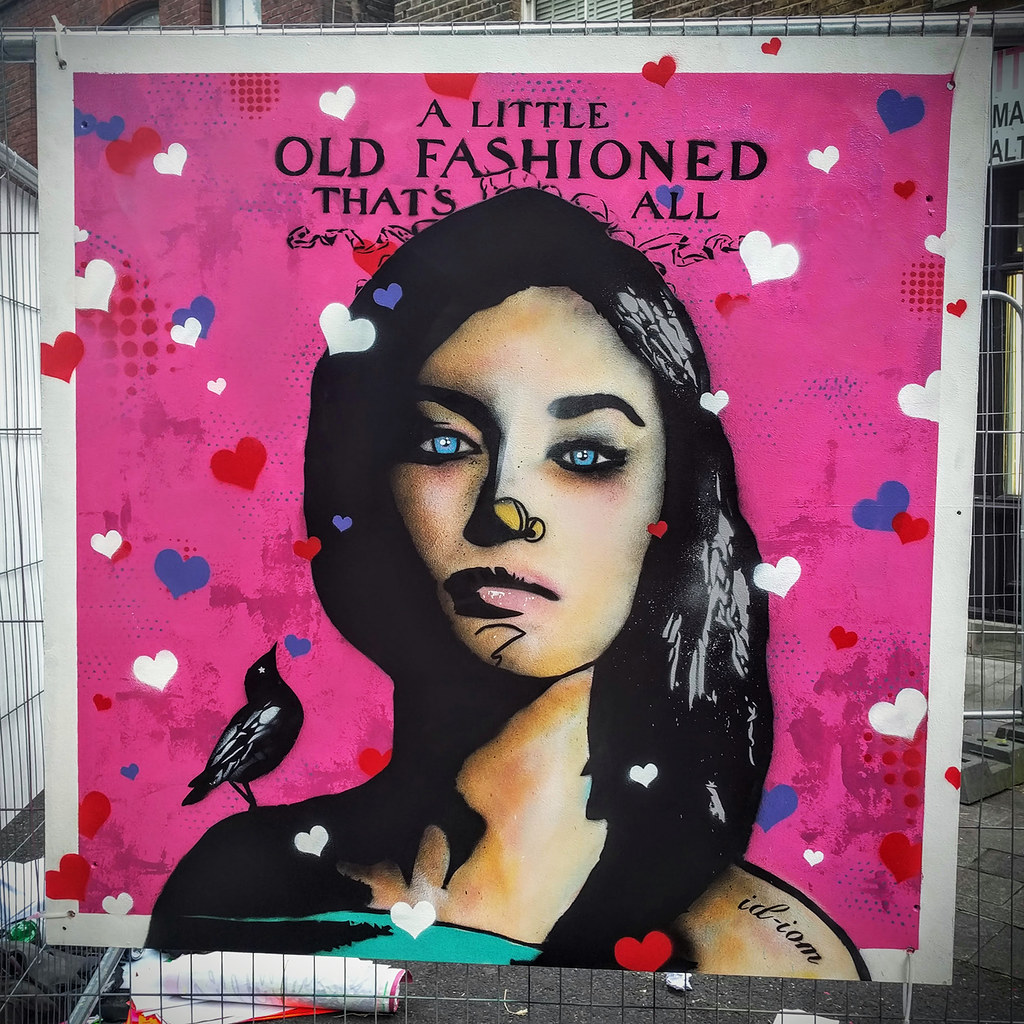 She looks much like any other lady you might see swanning around town and to all intents and purposes she is. It would be difficult to distinguish her from a thousand others just like her if you didn’t happen to know her a bit better. And what would distinguish her in this modern world of tinder dating, digital photography and deliveroo would be the fact that she likes to do things the old fashioned way. That isn’t to say she isn’t aware these modern conveniences but just that she prefers the old school, hands-on style experience. And who’s to say she’s wrong…

This was for our fifth visit painting at the Whitecross Street Party and, as usual, we had a great time and the weather was lovely – as it has been every other time we’ve painted too. Which is odd when you consider how unreliable UK weather is. Anyway, it’s always good to chat to the other artists and catch up with old friends whilst attempting to make new ones. At least we managed to keep the beer consumption a bit lower than in previous years…

Also, if you like the piece enough to want to own it she’s available to buy from Curious Duke Gallery (which is at 173 Whitecross St). 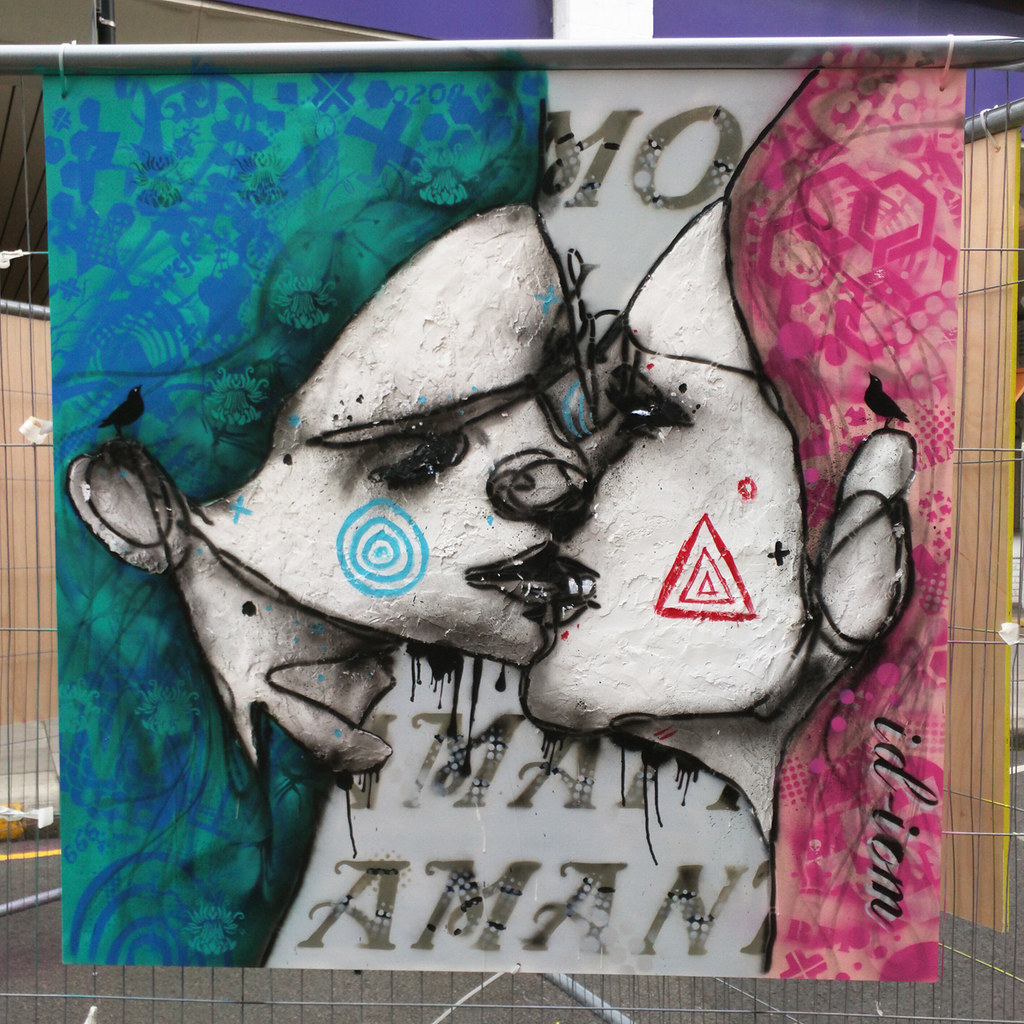 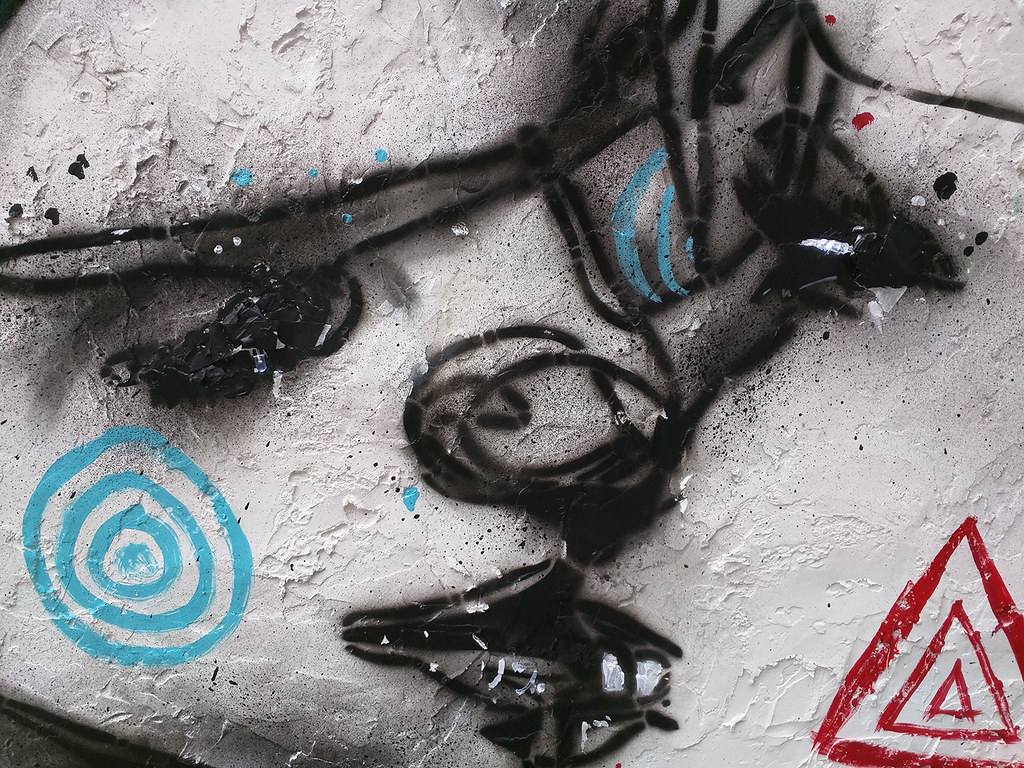 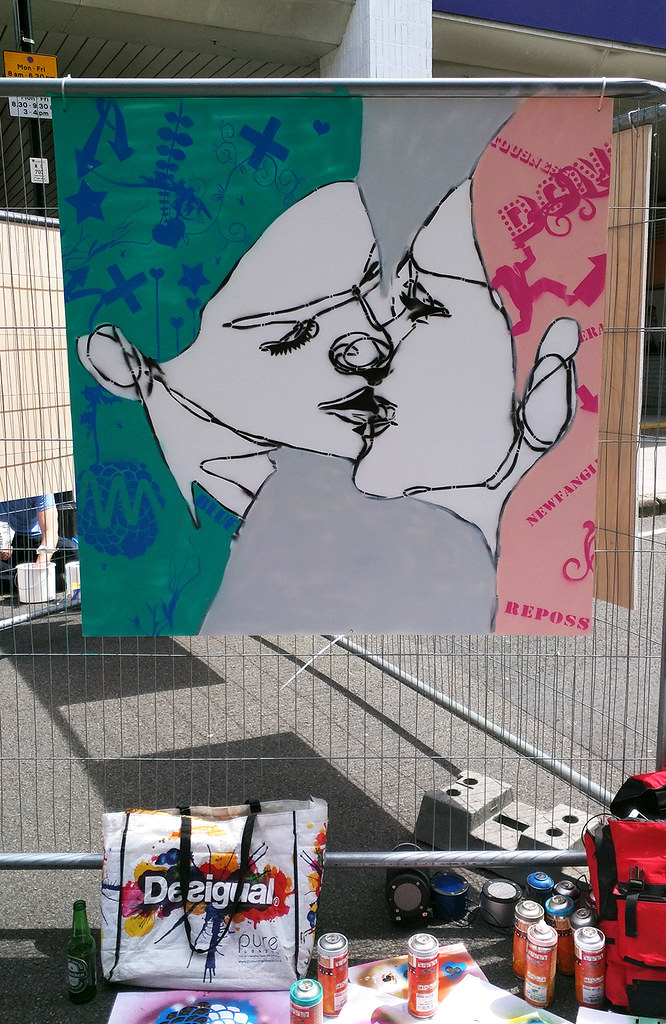 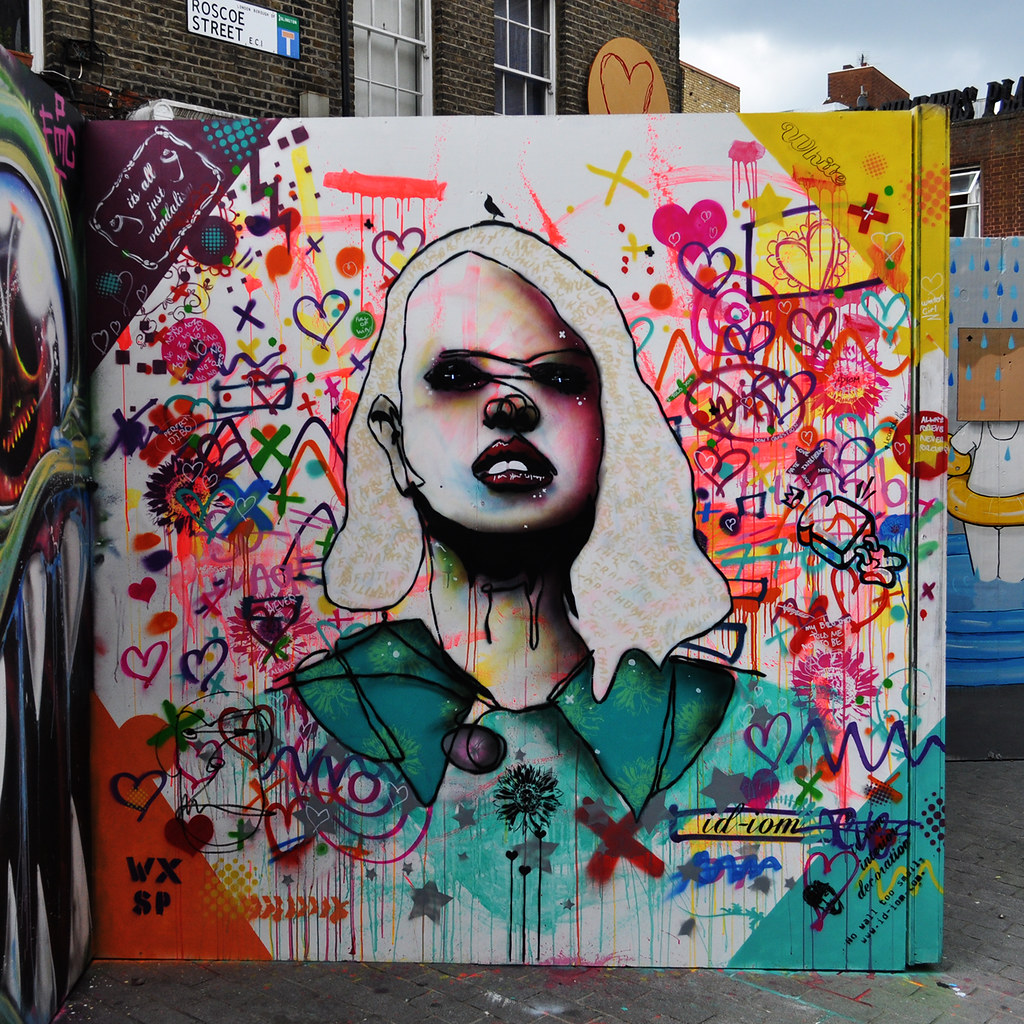 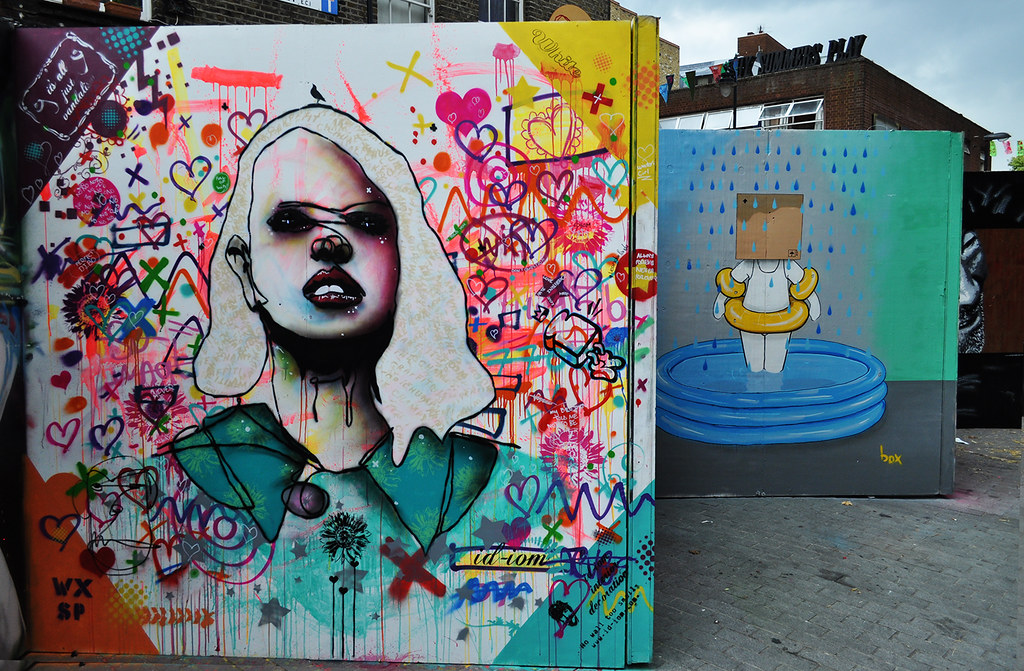 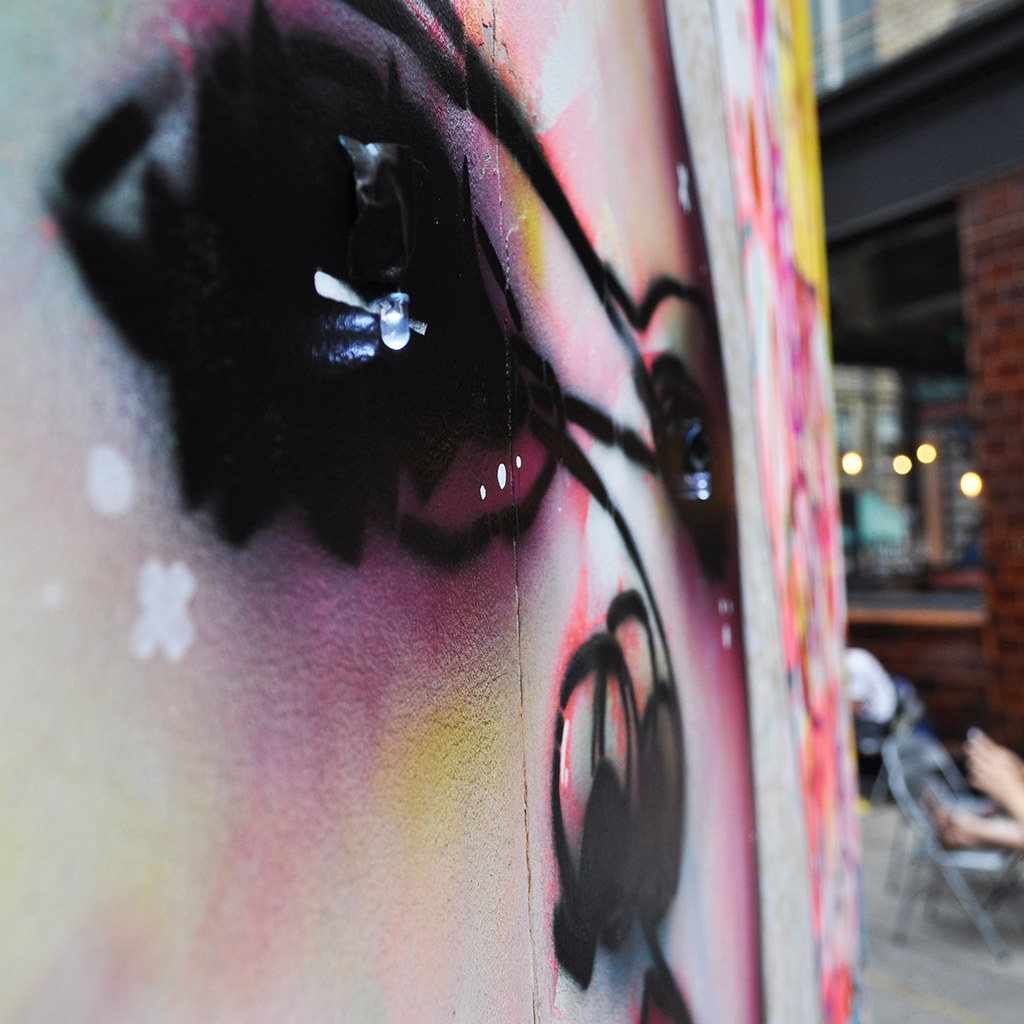 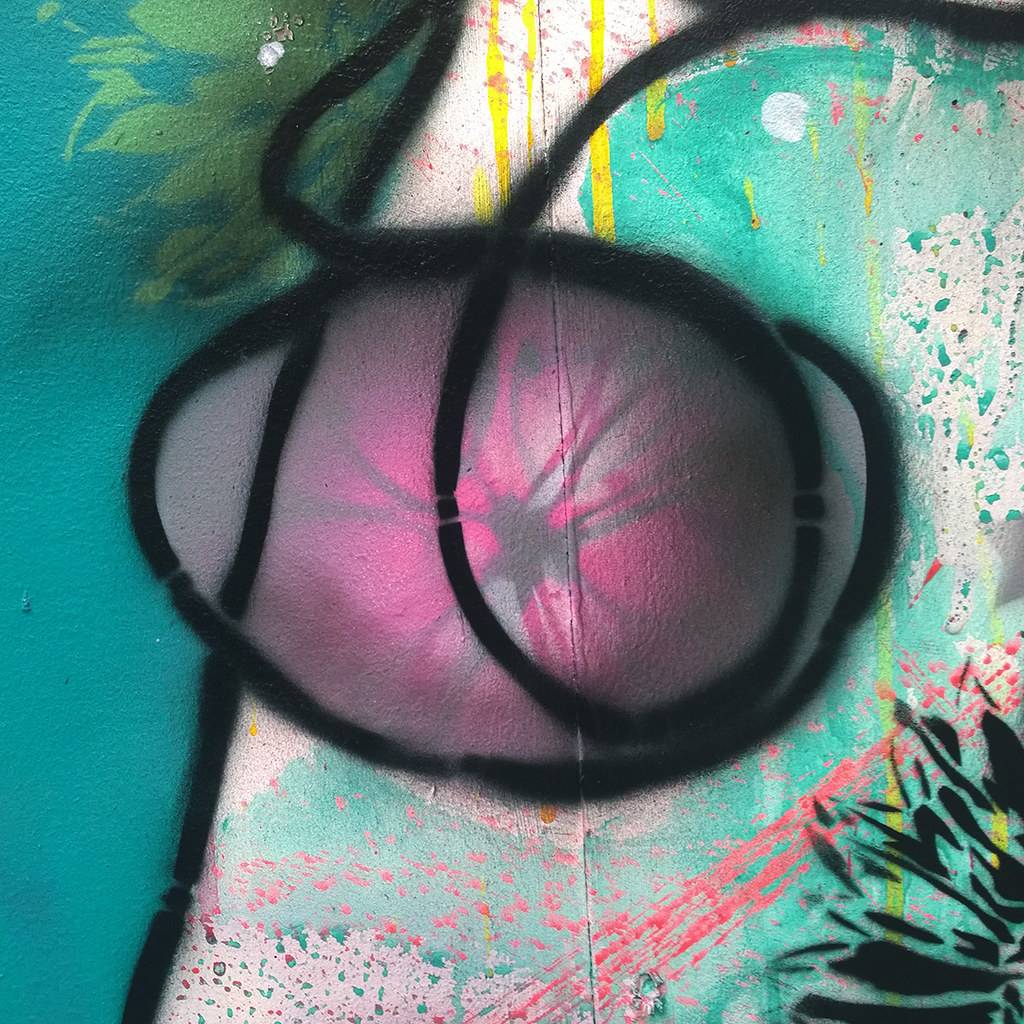 All kinds of disgraceful going on All kinds of disgraceful going on

Just last week I went to a house party somewhere in North London. It was all part of some birthday celebrations which turned into a very long weekend indeed. On arrival at said party the door was answered by somebody who invited me in and slyly revealed that there was ‘all kinds of disgraceful going on’. I’ve tried to capture the chap from memory but this is the best I could do. He did look a little bit shifty. I did say it was partway through a long weekend so you can hardly expect my recall to be perfect. Anyway, after a quick perusal in a couple of the rooms I could only agree with him so settled myself in the kitchen with a bottle of vodka for the long haul. I was lucky to make it out of there alive…

Title: All kinds of disgraceful going on
Materials: Paint pen, acrylic, and charcoal
Size: A5

Comments Off on All kinds of disgraceful going on