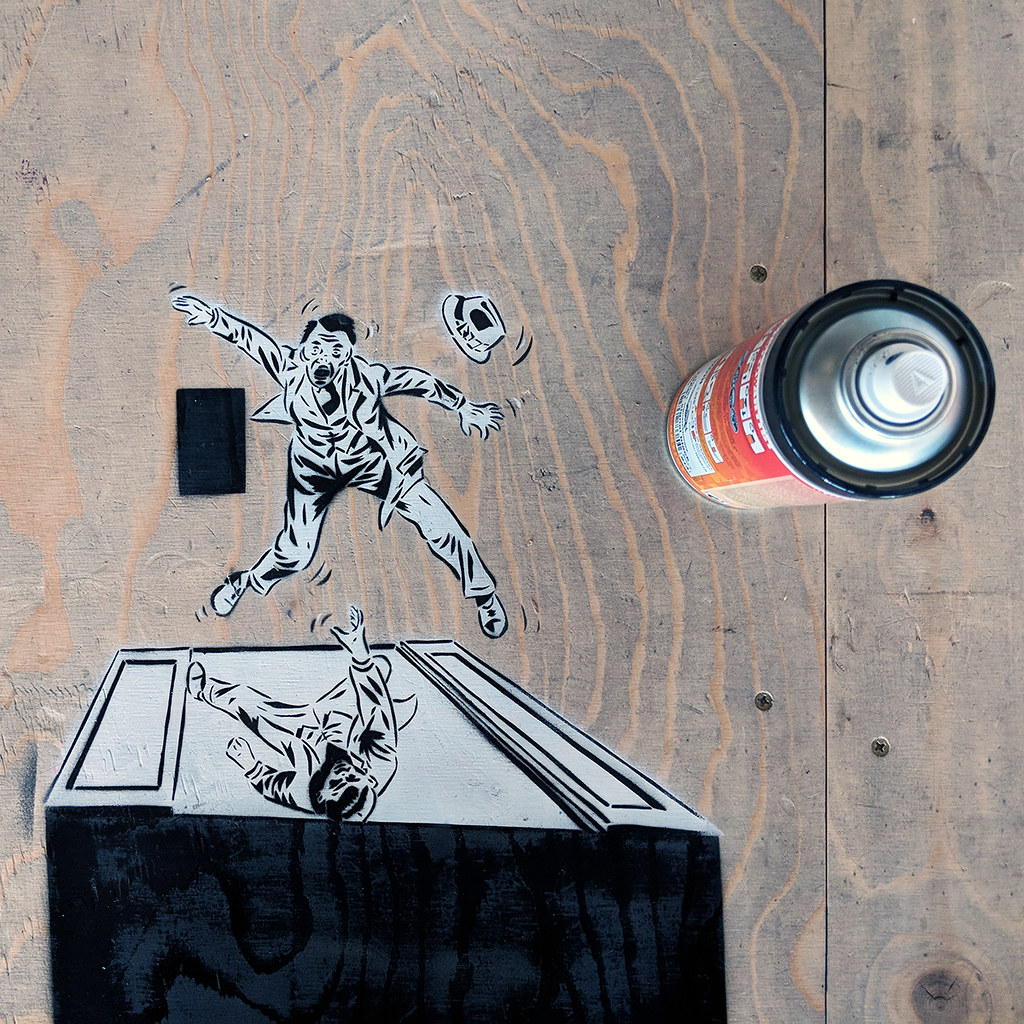 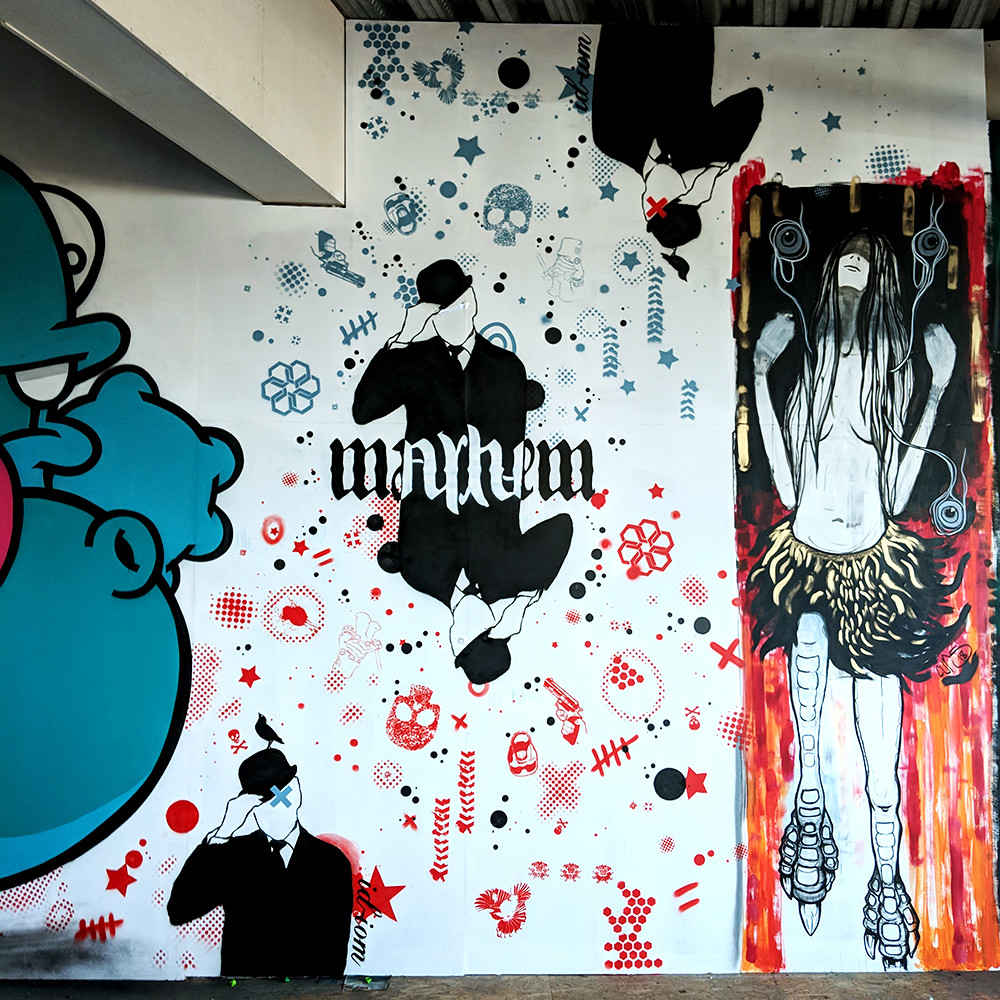 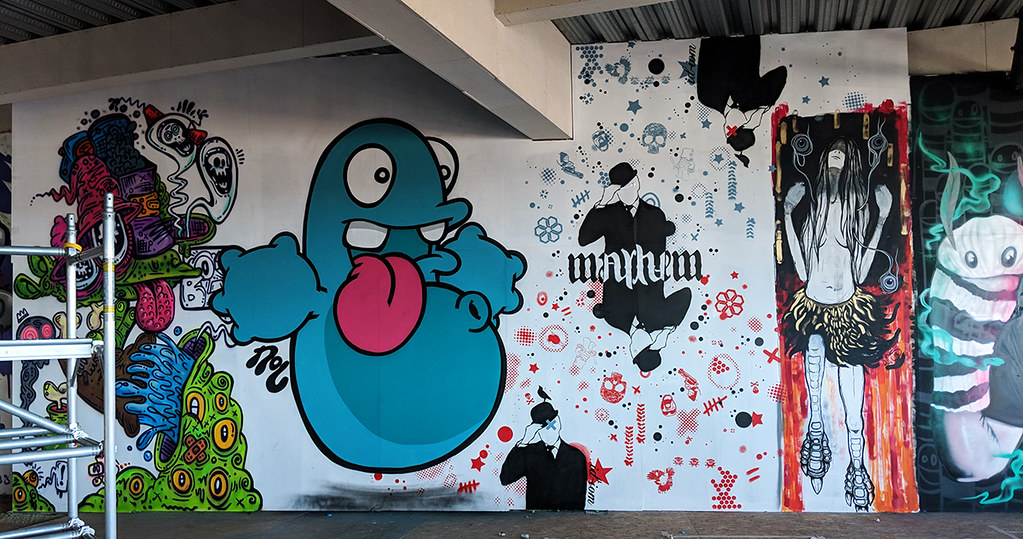 When we got a call from Korp to see if we’d like to freshen up a large wall in Peterborough we jumped at the chance and ‘Mr Mayhem’ is the inevitable result. If you’ve seen Sons of Anarchy (which, if you’re unaware, is a TV series about gun-running biker gangs in California) then you’ll probably know that ‘meeting Mr. Mayhem’ is a club euphemism for killing someone. If you haven’t then now you do.

Now, I’m certainly not advocating violence of any kind but it got me to thinking about Mr Mayhem as a kind of mysterious character rather than a euphemism. And here he is. Resplendent with his ‘Mayhem’ ambigram. To me he’s like a dapper English gent version of Winston Wolfe from Pulp Fiction. Except he puts people into sticky situations rather than helping them out. And if he had wallpaper in his fictional house it would undoubtedly look something like this.

Comments Off on Mr Mayhem