Now we here at id-iom don’t follow the traditional working week and that is why we have our 4th installment of Insect Week a few days after our third, we like to keep people guessing.

What can I tell you about Woody that you won’t already know? He has many names depending on where in the country you come from. Chiggywig, Timber Cow, Grandad Gravy, Cheesybug, Monkeypig, Slater, Crunchy Bat, Parson’s Pig and many, many more. He goes by them all. A man of mystery – and more…

What else? Well, for one, he’s a proper tea leaf and will nick anything that isn’t nailed down. Literally anything. He was once the household pet of Ed Sheeran but ended up being handed in to animal welfare because he kept complaining loudly, to Ed, that all his songs sounded the same. He also nicked Ed’s favourite socks before he left..

So  there you go. Forewarned is forearmed. He’s also actually a crustacean in case you were wondering. Woody is A3 in size and made using charcoal, acrylic and oil paint. Drop us a line if you’d like him to adorn your walls.

Comments Off on Woody 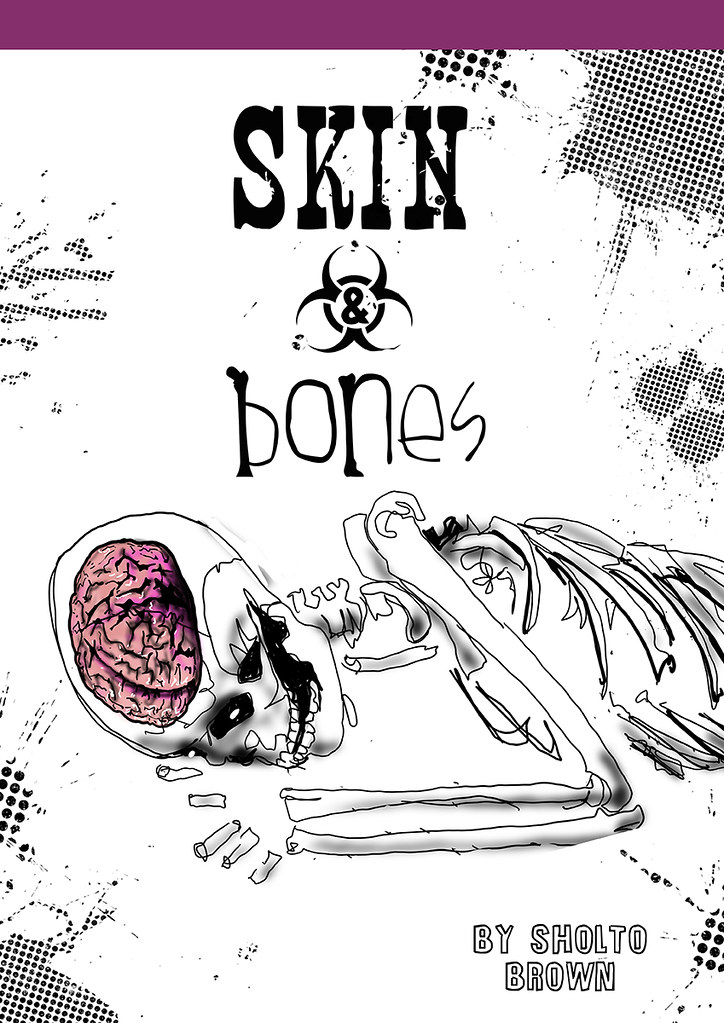 My book ‘Skin and Bones’ is now available on Amazon! (although only currently in digital format). It has been a labour of love that has been well over 2 years in the writing and another year trying to figure out what to do with it. So, if you ever wondered whether I can string a full sentence together now’s your chance to find out!

The zombie virus has already been released and chances are you’re already infected. It’s now just a matter of time. London is on the verge of a metamorphosis.

Skin and Bones is the story of a horrifying virus outbreak from two vastly different viewpoints. One is the person responsible for the horrifying global pandemic and one is an unnamed source who can do little more than respond to the primitive instinct for survival. There’s also a helpful cat named Mog and some zombie pigs…

If you buy it I’ll have a special place for you in my heart. If you like it I’ll love you even more. If it’s not down your alley but you’d like to help then please share this post and at least give me a fighting chance of hitting Hollywood.

Comments Off on Skin & Bones

Sooooo, I’ve written a zombie book called Skin & Bones that also features some zombie pigs. I’ve yet to do anything with it other than give it to a few friends to read so thought I’d remedy that somewhat by making it the focus of this year’s UPfest wall at our alloted location – the Steam Crane pub. There’s a copy of the book wheatpasted up for part of the background and we even included a little hoopla action for that interactive element. Not a single point was scored with the 20 odd people we played with however. I didn’t think it was going to be that tough to score a measly 10 points…

Anyway, just in case you’re at all interested in the book here’s a little taster of the kind of thing to expect if it ever gets published:

Exactly when and where you were infected is unclear as it can take  anything between 21 and 30 days from initial infection to the first proper symptoms. What is more certain is that you are now infectious yourself and have been for a while. Your family, friends and anyone else in close contact with you are all in mortal danger.

Last year we did a big piece on a wall on Chance Street in the East End of London. The video below shows the piece going up. It was the biggest piece we had done up till then and was certainly slightly daunting. As it turned out it was a beautiful day and we had a great time doing it. we even managed a round of applause from people passing by when we had finished.

Our piece remained in place for a few weeks before Roa did a fantastic piece over it. He apologised when we caught up to him at his exhibition but, of course, there was no need as that is just how these things roll. I was surprised it lasted as long as it had done anyway… here is the video of his piece going up.

Comments Off on id-iom vs Roa

A small bit of street work in Brixton.