It’s been a while since we’ve gone out to a gallery show and I could hardly resist going to My Dog Sigh’s ‘Can Man’ show at the Pure Evil Gallery so it was time to don my ironic glasses and hit the East End. My Dog Sighs is involved with Free Art Friday and likes nothing better than dropping his cans and other work on the street for people to find – but this time they’re all indoors. There was an edition of 30 of his small cans, various other larger cans and a few canvases. They were all framed nicely, priced well and looked great on the wall. I think my favourite pieces were the bigger catering size cans, the smaller cans with woolly hats on and the can which was wearing a burka. Great stuff all round and we wish him all the very best. The show is on for another 10 days so if you are in the area you should definitely pop in.

Larger can man (although it's tricky to tell size with nothing to compare scale...)

After a couple of drinks and a swift chit-chat with My Dog we headed off to Stolenspace for a quick shufty at Roa‘s new show ‘Hypnagogia’ (which, i’ve found out, is the name for the state between being awake and being asleep). Roa’s work is impressive as ever and I like his work on bits of wood/furniture. Although saying that if i had to choose between his street work and his gallery work I’d take the street work every time. If i had a large industrial building he could work on I would invite him over and ask him very nicely if he’d consider doing a huge Manx cat for me…

Comments Off on Last night… (My Dog Sighs & Roa) 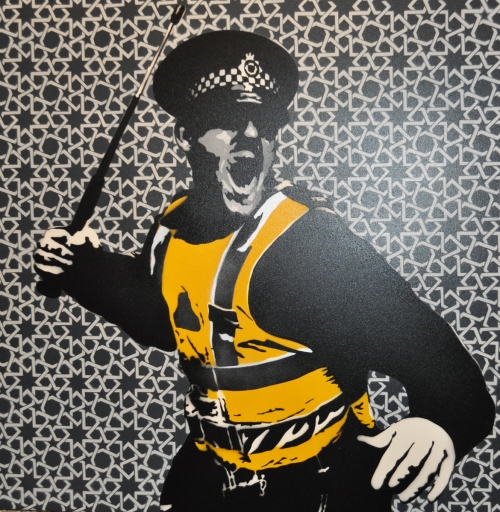 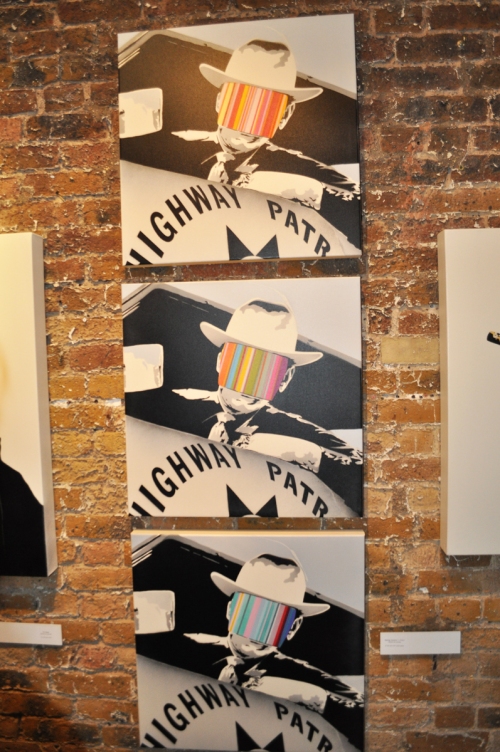 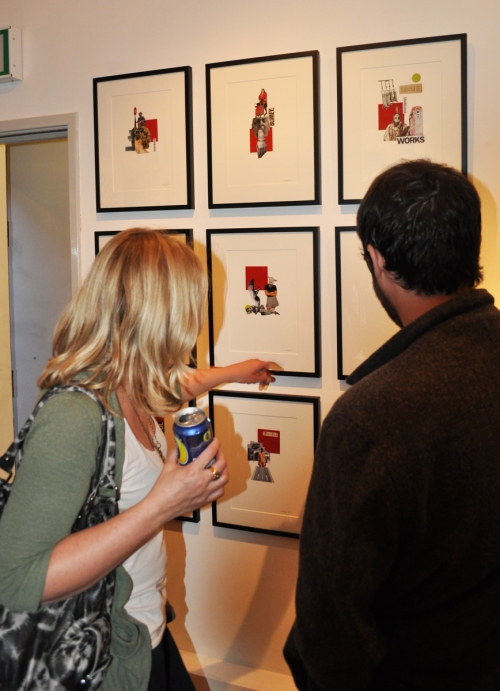 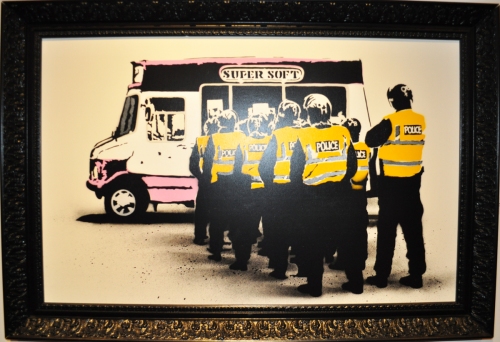