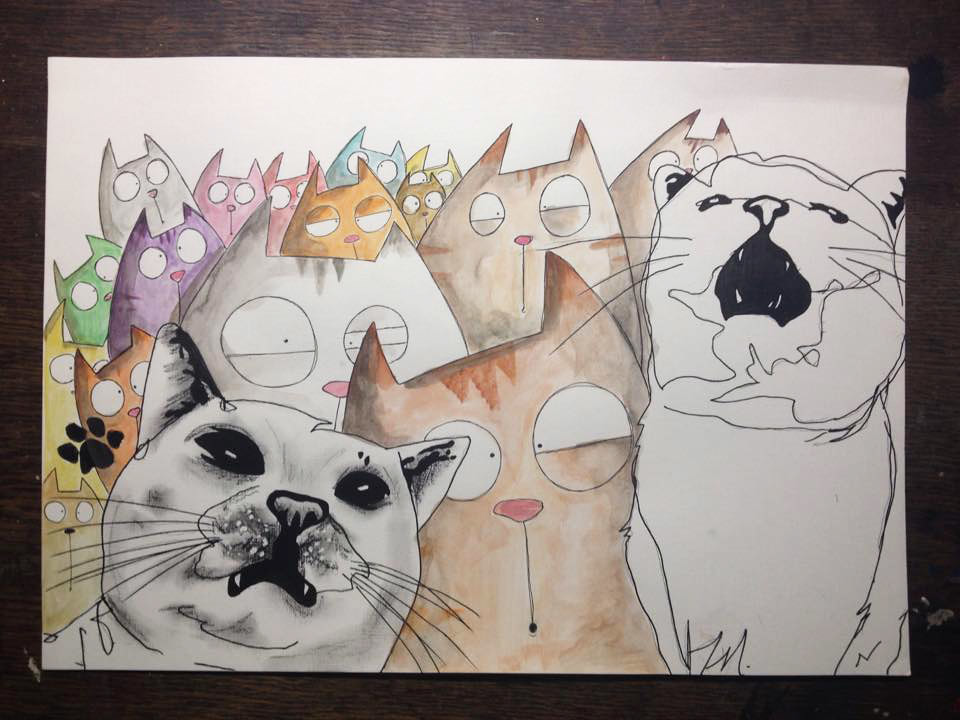 So there I was innocently posting nonsense on Facebook when I get into a conversation with Mr George A Raggett and we come to the conclusion that an A4 art swap was in order. After further discussion it emerges that I would be very much liking something that was all nice and fluffy whilst George was requiring something as dark as could possibly be. Challenge accepted.

After giving it a little thought a quote that is attributed (but not confirmed) to Ernest Hemmingway sprang to mind. Apparently he won a bet by crafting a short story of under ten words. The story was “For Sale, Baby Shoes, Never Worn”. Now that is pretty dark (and very brief). So I thought I’d work with that and give it a little spin by making it into an actual classified ad and including a few cheeky little zombie reference in there just to add a little spice. Once I’d perfected my vintage paper effect with spraypaint it was on with getting it printed and adding in the extra blood splashes and the red circle to highlight the ad. Challenge completed.

I found out just this morning that my parcel arrived safely with George accompanied by the parcel he had sent to me just before Christmas. And there I was imagining the German Postal Service would be efficient…

Comments Off on For Sale: Baby shoes. Never worn.