We here at id-iom sometimes get ourselves into a little bit of an impasse. One of us likes drawing nudes and the other does not, saying things like ‘Back on the naked ladies tip I see…(winking face)’ whenever I share a new one with him.

This is exactly how the conversation about this piece started and it would have ended the same way as it always does, that was until I found this quote from William Blake ‘Art can never exist without naked beauty displayed’ which I quickly scrawled across the picture. I might have found a workaround for this picture but the trouble is I have about 20 unfinished pieces all of naked women, can I find 20 more quotes about naked beauty I’m not so sure I can…

Comments Off on Art can never exist without naked beauty displayed

Today on eBay we have ‘The Unabridged Soul’. Click on the link below to go to our eBay shop:

This piece had been hanging around unfinished for an unbelievably long time before I recently decided that enough was enough and that she was going to get finished whether I liked it or not. Usually this kind of tactic just won’t work and will probably send the artist into a tailspin. And that’s exactly what happened. I just sat there staring dumbly at it as empty thoughts drifted by lazily. In essence I was doing exactly what I was trying to prevent. The muse really is quite slippery when she wants to be.

Anyway this is where working in a partnership can come in handy. I decided if I couldn’t think of anything i’d see what the other half of id-iom had to say and, lo and behold, he had quite a lot to say on the matter. So, to cut a long story short I decided to do exactly what I was told and take the thinking out of it. And this is what you get. It’s got real buttons on it for goodness sake! Fab-u-lous!

Comments Off on The Unabridged Soul

Break the news to mother

The year is 1974 and Herbert Bates is coming up the driveway to the house he shares with his mother with this somewhat salacious looking young lady. He met her just this evening. He’d like her to stay. Herbert is 44 years of age. He’s concerned about how he’s going to break the news to mother. She never does take surprises very well…

Break the News to Mother is on A2 and has been created using the magic of spraypaint, stencils and imagination. Drop us a line if interested…

Comments Off on Break the news to mother 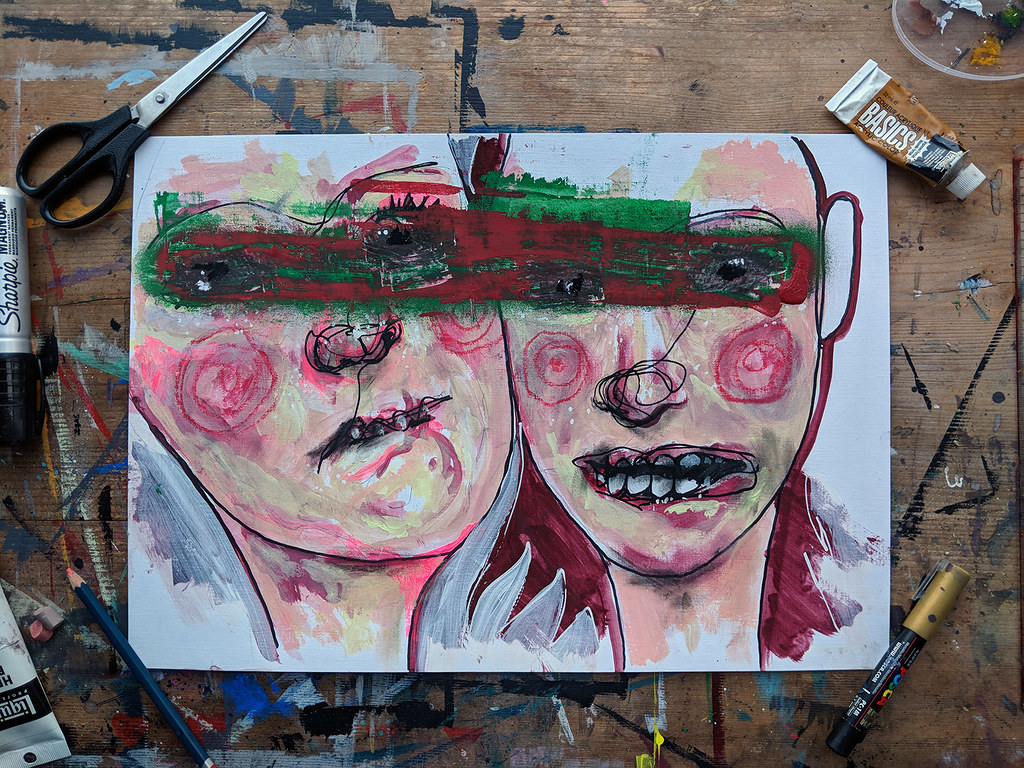 When Freddy and Freda arrive at any party the host should be very wary. Just last weekend these two dolts managed to gain entry into a friend’s house during a little get together he was having with a few friends including Jeffery Archer, Ant McPartlin, Theresa May and Sir Asmund Quayle to name but a few.

It is A3 in size and made using acrylic, charcoal, paint pen and spray paint. drop us a line if interested.

Comments Off on Double trouble 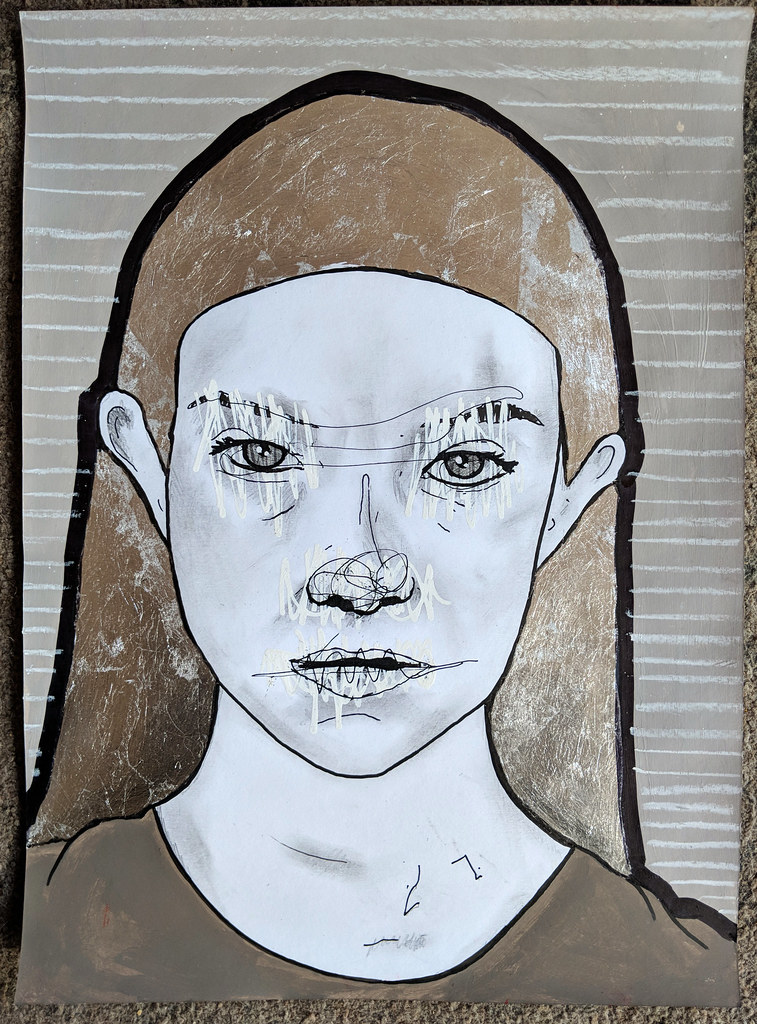 Silver was one of the seven metals of antiquity that were known to prehistoric humans and whose discovery is thus lost to history. It has many uses beside that of jewellery and currency. How very interesting. This lady however has taken things to extremes and has actually had her hair silver plated. It certainly shines in the sun and it’s antibacterial properties mean that she doesn’t even have to wash it. I’m not sure if she’s really thought it through properly though because winter can get pretty cold and you wouldn’t really want your freezing hair sticking to your head now would you?

Its A3 in size and made using Acrylic, silver leaf, tipex and pencil. Drop us a line if interested.

Comments Off on Seolfor Strands

A change is as good as a rest 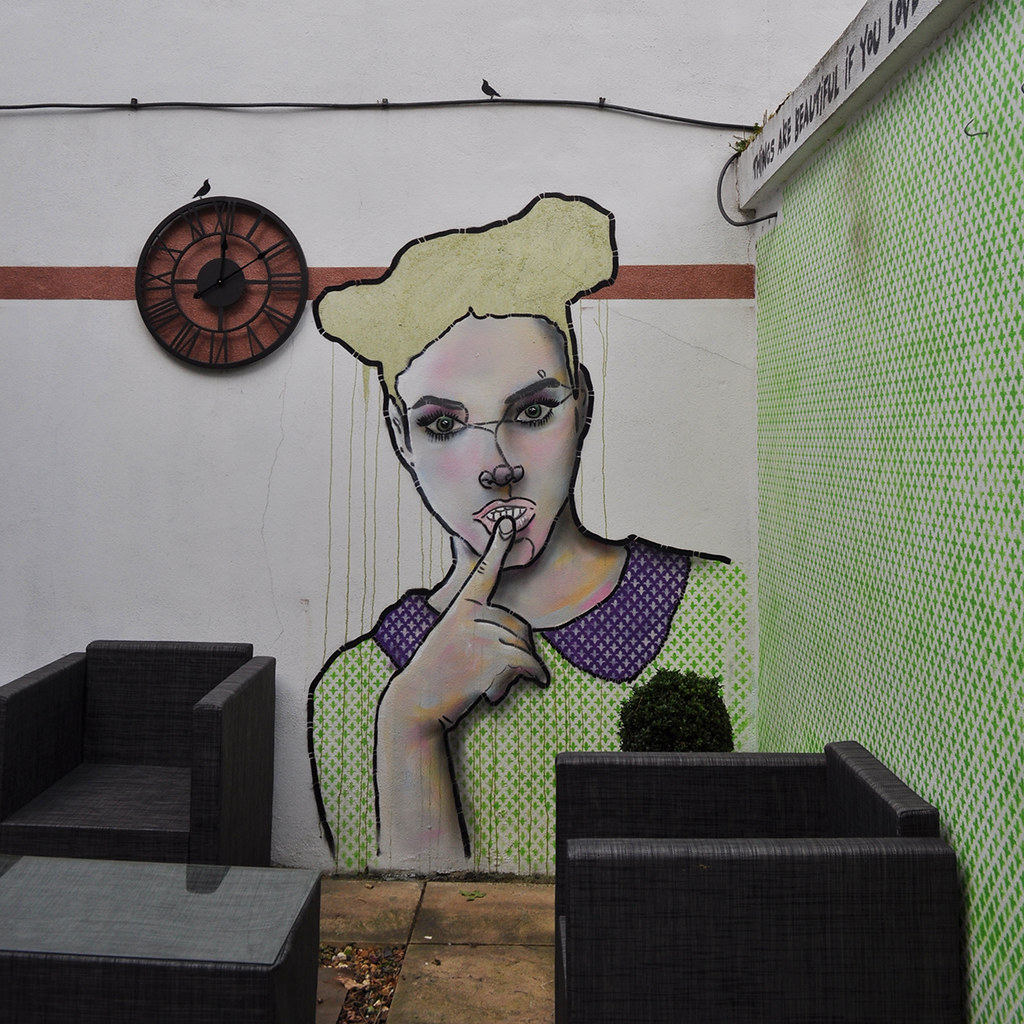 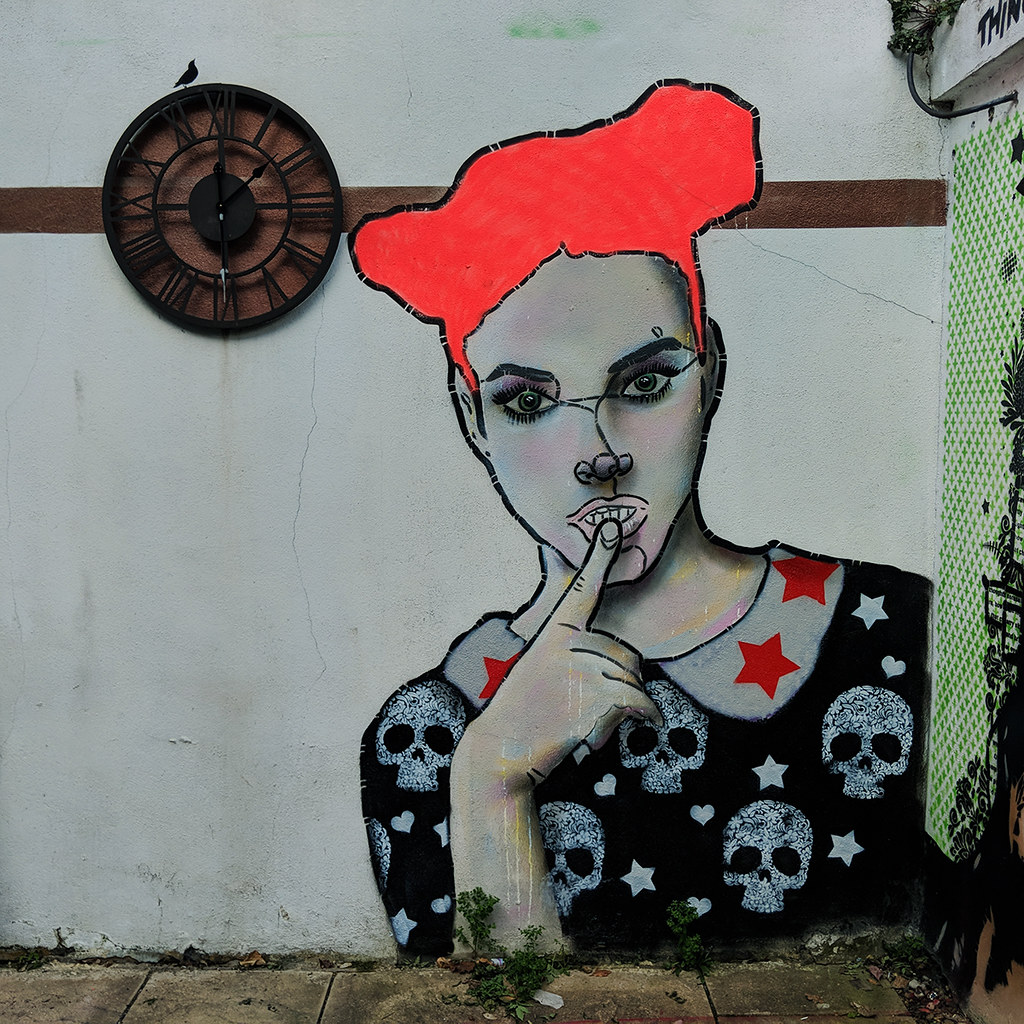 This young lady has decided that she’s in agreement with the old adage of ‘a change is as good as a rest’. Bored with winter and her staid old look she’s decided to shake things up a bit. Perhaps the florescent red hair dye was a step too far but it just goes so well with her fancy new skull top that she doesn’t care. We can check back on her in the spring time to see what new look she’ll be sporting then. Fashion moves ever onward.

Comments Off on A change is as good as a rest