I’m cautiously hoping it might well be about time we can dig our sign and ladder out and put them to some use as we get back to some sort of wall painting normality. It’s been fun painting my garden wall over lockdown and i’m sure there’s probably more to go but it would be good to spread the love and get to know some new walls too. Here’s to hoping…

Comments Off on Caution!

I’ve got my hands on some wooden panels and since they’ve got 2 paintable sides I thought that I may as well go ahead and do just that and get some more double sided pieces on the go. Behold the first creation.

Side one features a new demotivational piece – ‘Make them smile’ and some snazzy colour fades.

Side 2 features a mysterious sphere floating serenely above some yellow and red flower like devices. What is it doing? Your guess is as good as mine…

What more could you want? It’s on a 60 x 40cm wooden board and is made using the magic of spraypaint, stencils and imagination. Drop us a line if interested.

Comments Off on Make them smile!/Sphere no.9

My way or the highway 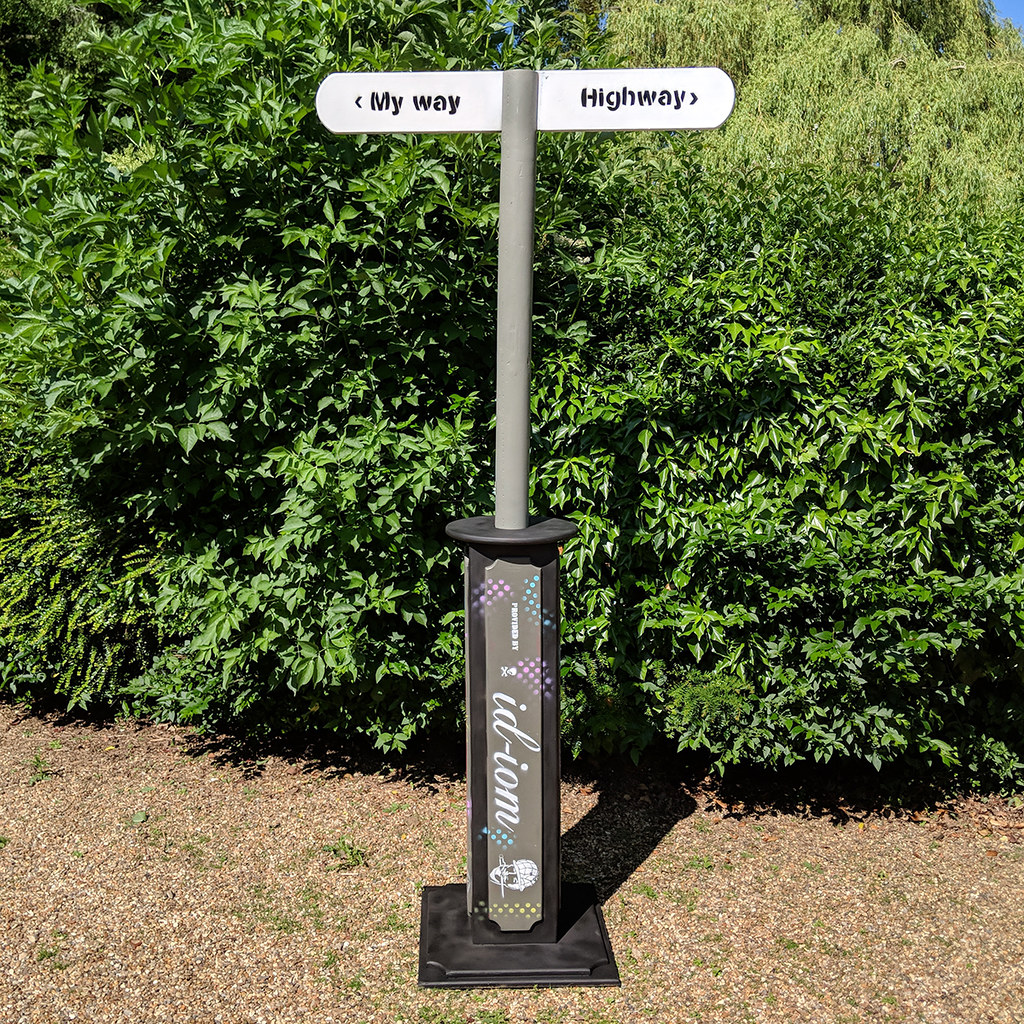 We were asked to paint up a sign that had ‘North Pole’ on it and was clearly part of some winter wonderland set in a previous life. We know not why. We were given no brief other than to give it a lick of paint. After sitting around thinking what to do for a while ‘My way or the highway’ is the somewhat inevitable result. I wish it well in it’s new incarnation wherever it ends up. Godspeed my odd little signpost…

Comments Off on My way or the highway Comments Off on Other people’s graffiti – Brixton 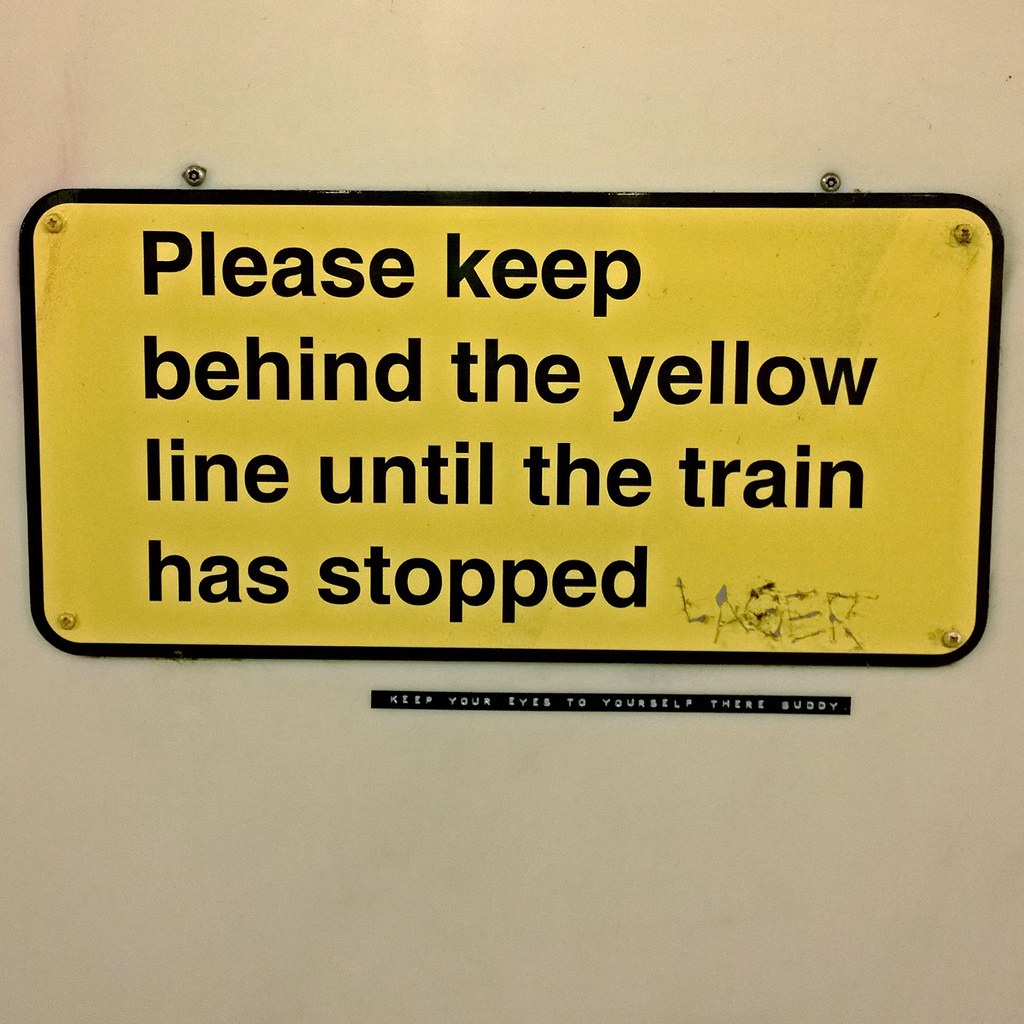 Here we have Gerald. Although Gerald looks quite smart in his shirt, tie, trousers and spiffy white shoes he is, in fact, an absolute rapscallion. He’s not to be trusted further than you can throw him. If you give him the benefit of the doubt, just once, he’ll have your pants off you before you know it. And not in a good way either, just a straight up steal.

Here he is waiting in some less than salubrious area for one of his ‘associates’. I didn’t hang around long enough to find out who – but that was probably for the best. How do I happen to know Gerald I hear you ask? Well, knowing someone like this is a double edged sword but on more than one occasion he’s proved his worth. He knows a few useful people. Let’s just leave it at that…

Comments Off on Please No Dumping