Not in this lifetime (Phil Collins – No Context Required) 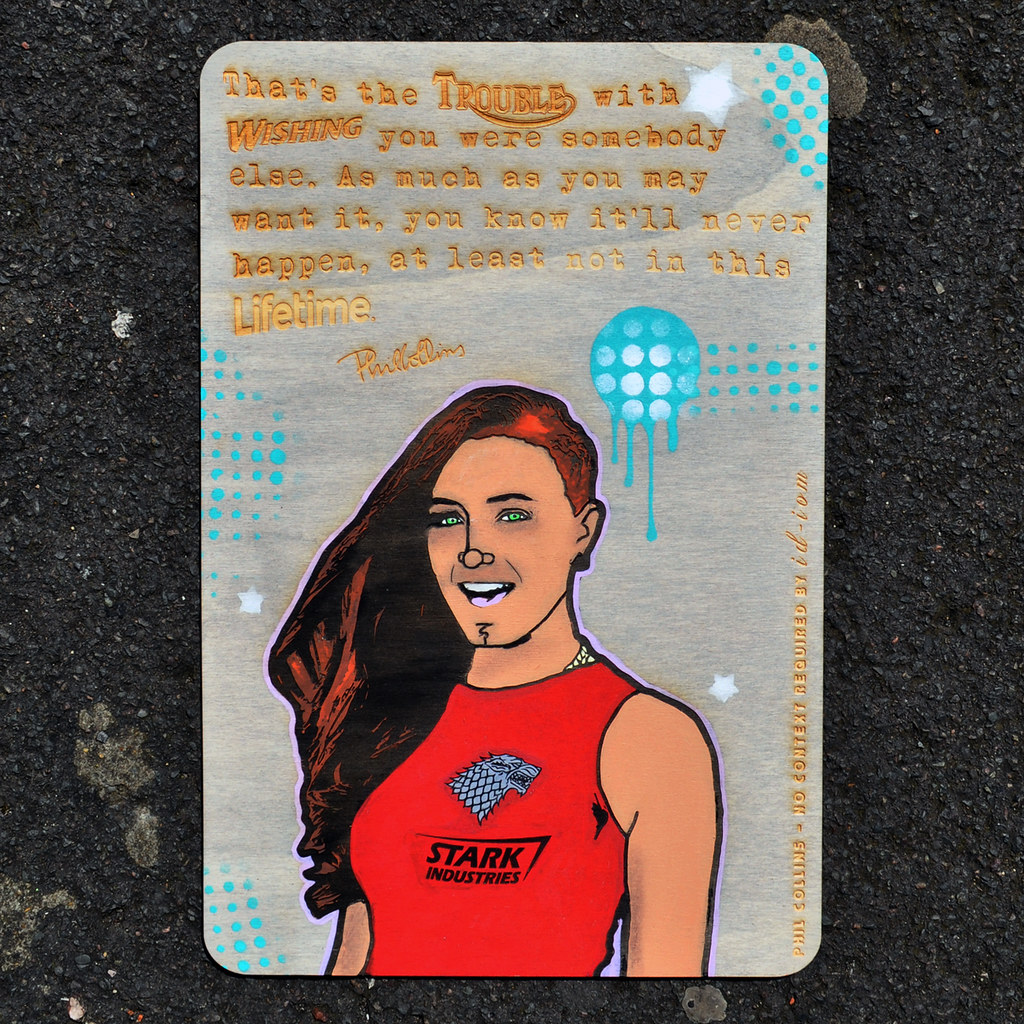 Turning Phil Collins quotes into art in order to try and exorcise him from my thoughts was my initial aim with this series but it now seems to have taken on a life of its own. Today’s ‘No Context Required’ piece sees Phil’s somewhat philosophical quote about wishing you were somebody else collocated with Games of Thrones star Sophie Turner (who plays Sansa Stark). She’s not in character in this design but I’ve helpfully given a hint to her character with her mash-up t-shirt featuring the Direwolf logo from the House of Stark in Game of Thrones and the Stark Industries logo from Marvel’s Iron Man.

Once you’ve liberally sprinkled a few more pilfered logos into the quote and adorned it with a delightful grey & blue background then you’re good to go with another successful ‘No context required’ piece. It’s laser engraved on wood then hand painted and stands proud at 39 x 26cm. Drop us a line if you’re interested…