When I originally found this map of Doncaster in a big box of assorted maps underneath my desk I thought ‘This is perfect’, I know a few people from Donny so I’m sure I can come up with something smart and urbane. Then, of course, inspiration deserted me and left me staring at a map of Yorkshire with no grand plan in sight.

After staring at the map for what could have been a week I decided to get in touch with someone from Donny to try and help me find a little inspiration. They gave me the following to work with:

1. Jeremy Clarkson – his mother had the Paddington bear factory

And that was enough to get me on my way. First I thought I’d try the route of the Paddington Bear factory but sadly couldn’t come up with anything good enough, so moved on to number two but football is lost on me so I decided to move on to number three which didn’t really give me anything to work with either. This meant I had to try and come up with something using number four and I truly thought this would be the one. Who doesn’t like a catchy 80’s hit for inspiration? Again, however, I came up empty.  I was just about to lose all hope of finding inspiration until I read the last line back to myself again and there it was…Just a little mining town up North.

Comments Off on Just a little mining town up north

We are all in the gutter 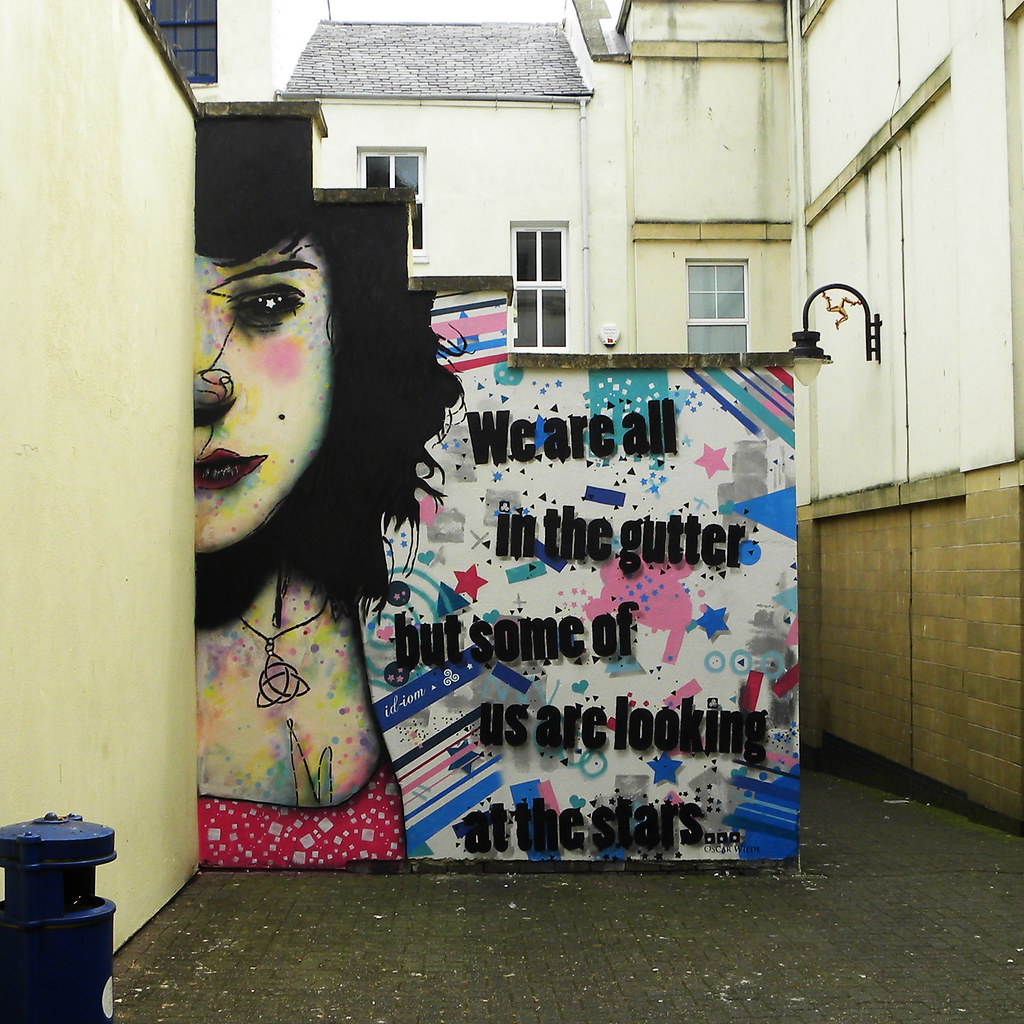 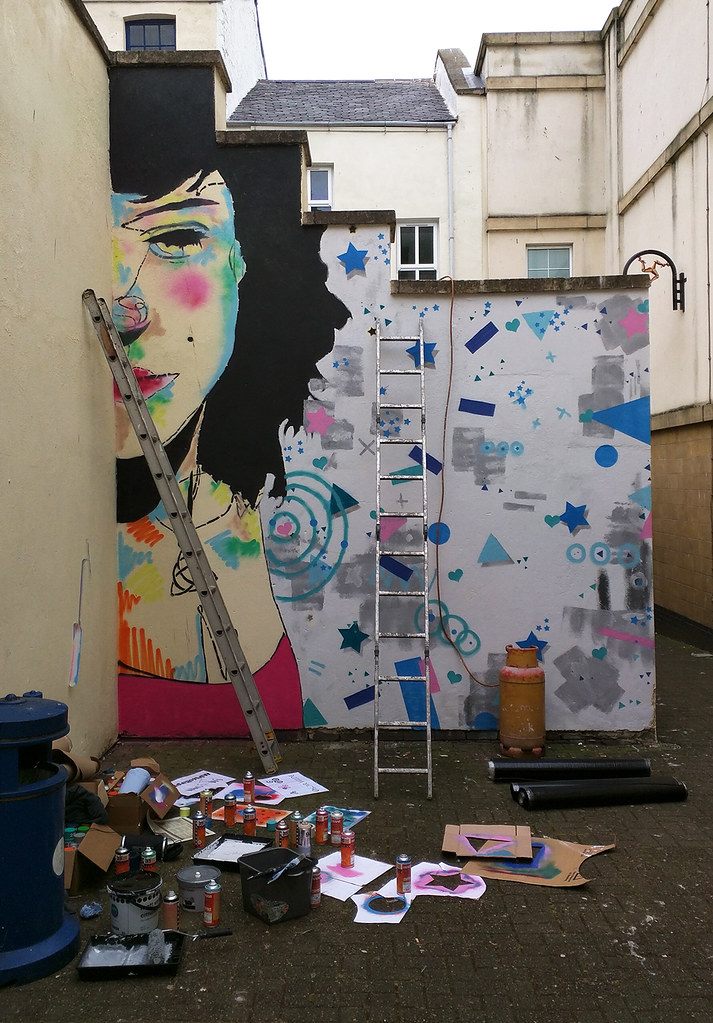 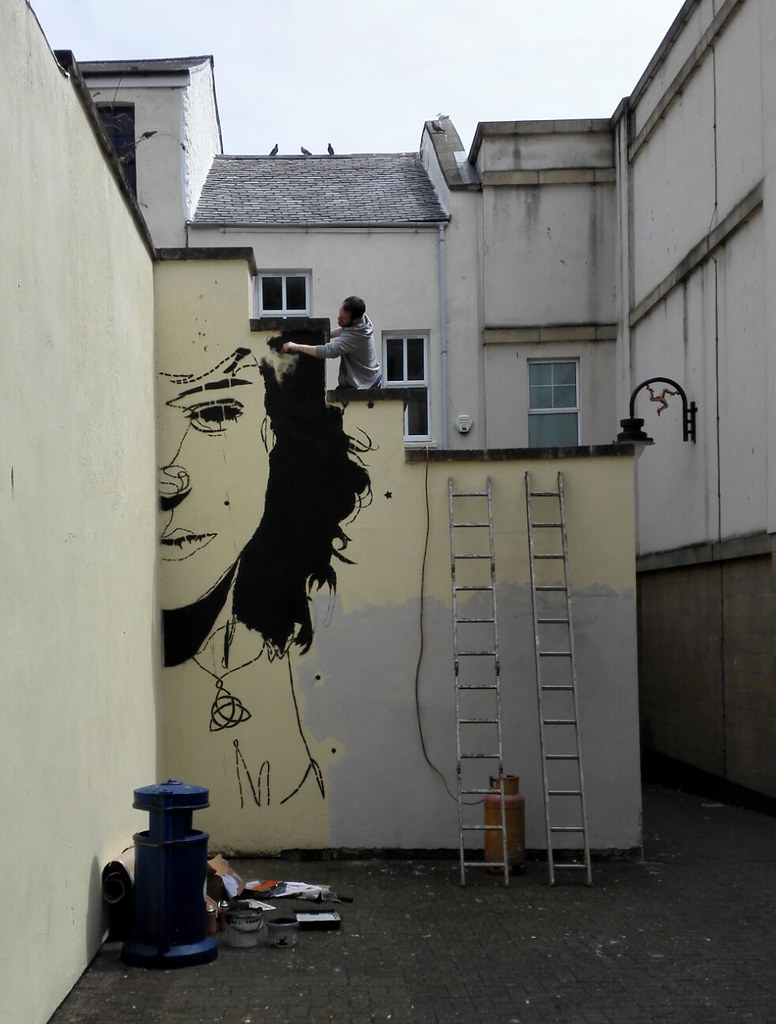 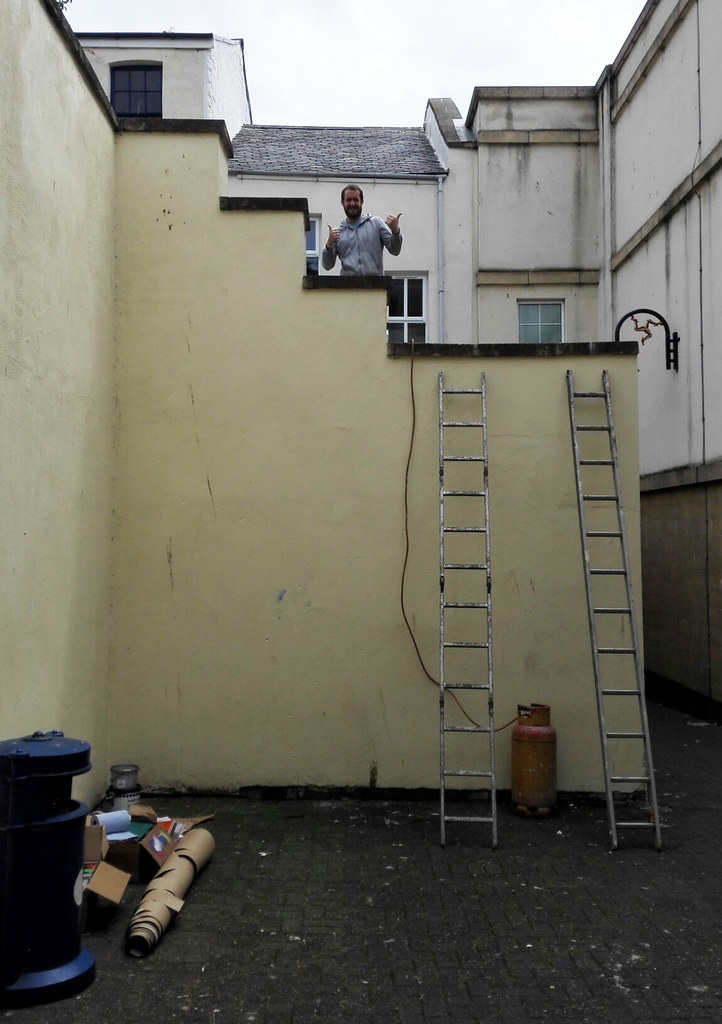 I can only assume that the planets are coming into alignment for id-iom as whilst we’ve been back home for the TT we’ve also been in discussions with various local luminaries in order to secure any wall spaces to paint and we finally triumphed in the face of adversity. So, when we finally managed to wrangle permission to paint a big wall down a tired and somewhat unloved passageway in central Douglas which is officially called ‘Guttery Gables’ (although there are many more colourful local names for the lane which are probably best not mentioned here) we thought we’d best act swiftly before they realised what they’d let themselves in for.

After being granted permission on Saturday we decided that we should paint as soon as possible and so set ourselves the deadline of painting on Monday and so had just a couple of days to come up with a design and make the necessary preparations. The space is perfectly positioned so you see the wall directly ahead of you when you enter the alley so we needed to come up with something that had a big impact and brought some colour to an otherwise nondescript back alley.

After much deliberation we finally hit on Oscar Wilde’s quote from ‘Lady Windermere’s Fan’:

The quote seemed pretty fitting considering the alley’s name and once we’d combined that with the gargantuan face of a young lady with stars in her eyes we had just about what we were aiming for. After adding a few triskeles to give it that Manx touch and an Oscar Wilde tag to attribute the quote we were good to pack up and move on. Big thanks to Charles for helping us out with this one…

Comments Off on We are all in the gutter

Glancing at the stars 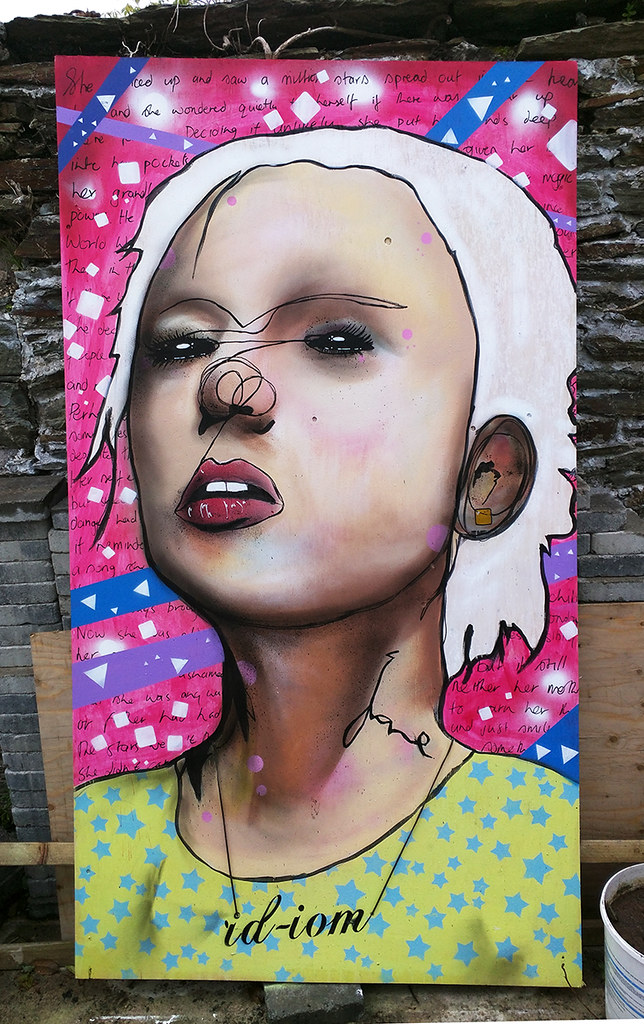 We’re at home for TT week but that doesn’t mean we’ve been entirely idle. After rooting about in the garage we came across some boards and we thought we might as well give them a new lease of life. As is sometimes our preferred route of creation we decided to just attack the boards with no particular plan in mind and see what revealed itself.

As in most cases when we don’t have a plan we somehow ended up painting a girl. There’s no need to fox ourselves before we’ve even stared now is there? The words in the background were added by Sholto who practised his free form writing. I believe it has something to do with her dead Grandfather, stars, loss and only knows what else. The sun was out and the beer was flowing by this point and things were getting rather free and easy and we were still only painting the background.

Somehow we managed to get it finished before we’d had too many beers and even managed to come up with some leather laces and a drill for the hastily conceived id-iom necklace that she is wearing. We’ve still got a while left at home so I’m hoping we can sweet talk our mother in to collaborating with us on a piece. Watch this space…

Comments Off on Glancing at the stars 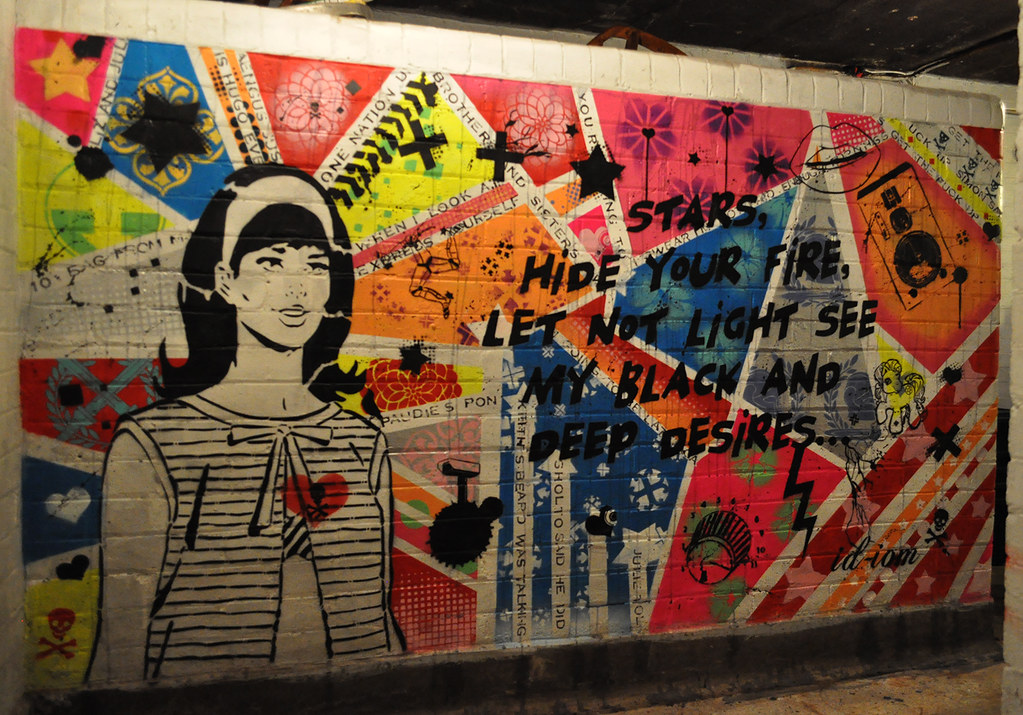