The day after the night before

Dave (or ‘Panther’ to his friends) had never been accused of making good decisions. In fact his chequered past was littered with questionable decisions. But none quite so foolish as today’s rash move.

He’d decided to buy a jet ski and go and see his girlfriend, which, on the face of it, sounds pretty romantic. Love will find a way and all that. He lived in Scotland however whilst his heart’s desire lived on the Isle of Man. If you throw in the fact that the Irish Sea in winter time is not the most charitable place to be combined with the fact it’s 40km from Scotland and the fact that he’d never ridden a jet ski before you can begin to see the poor decisions branching off into infinity. Oh, and I forgot to say it’s the middle of a pandemic and the Isle of Man is sealed off, covid free and lusting to throw lawbreakers in prison – so Dave’s decision is looking poorer by the second.

Somehow he made it despite the journey taking almost 4 hours longer than he predicted and, assumably, him almost freezing to death. You’d think perhaps lying low at his girlfriend’s might be a good idea but no, it’s out clubbing for Dave and his betrothed. Perhaps predictably this was his face on being told he faced a prison sentence after the long arm of the law reached out for him the following day…

It is A3 in size and made using the magic of acrylic, pastel, paint pen and imagination. Drop us a line if you need Dave in your life…

Comments Off on The day after the night before 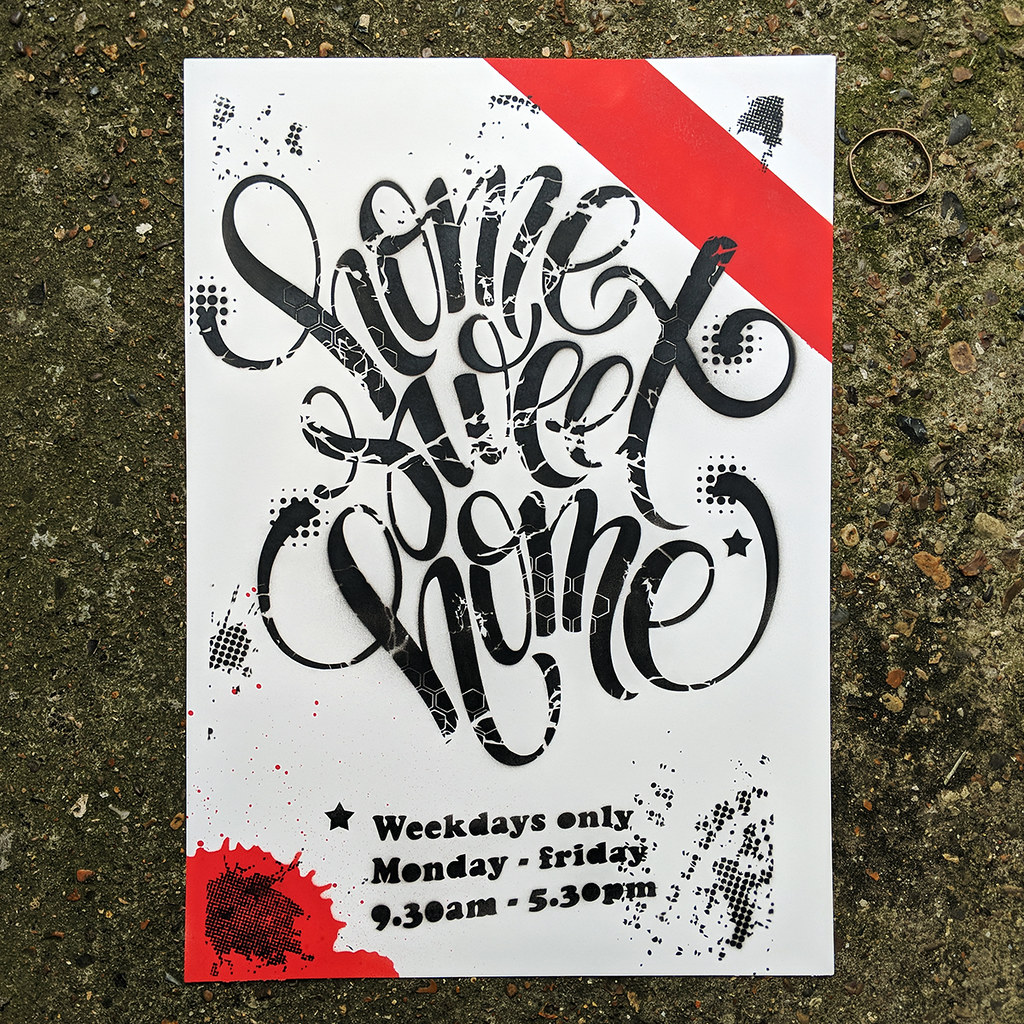 ‘Hi ho hi ho it’s off to work we go’ is a cheery refrain heard up and down the country each morning as we happily swing out of bed for another rousing day at the office. Working for the Man is such a rewarding and fulfilling pastime that it feels just like home. So you might as well just give in and make it so. Bring some soft furnishings in and pop this on the wall and suddenly everything is better. Maybe.

She’s a homely A2 in size, is made using the magic of spraypaint and stencils and would look just great hanging in your ‘office’. Whatever that may be. Drop us a line if interested…

Comments Off on Home Sweet Home*