All Deino Grey had ever wanted was to travel the world. Her sisters had held her back this far but she’d never left home and needed to get out from under their feet so she set out to do just that.

Her first thought was to become a singer on a cruise ship as her sisters had told her that she had a lovely singing voice (they were lying for their own nefarious purposes) but she got sacked after her first song aboard the Symphony Of the Seas. The reasons for which were never fully explained. She next tried the profession of fisherwoman but all she could ever catch was flotsam and jetsam. It was most frustrating.

Eventually, Deino settled on saltiest of seadog professions, piracy. It turns out she just had a natural ability for it so now sails around the world taking what she wants from whomever she likes. So there.

It’s A4 and made using acrylic, paint pen and pencil. Drop us a line to give her a new home.

Comments Off on Sole sister 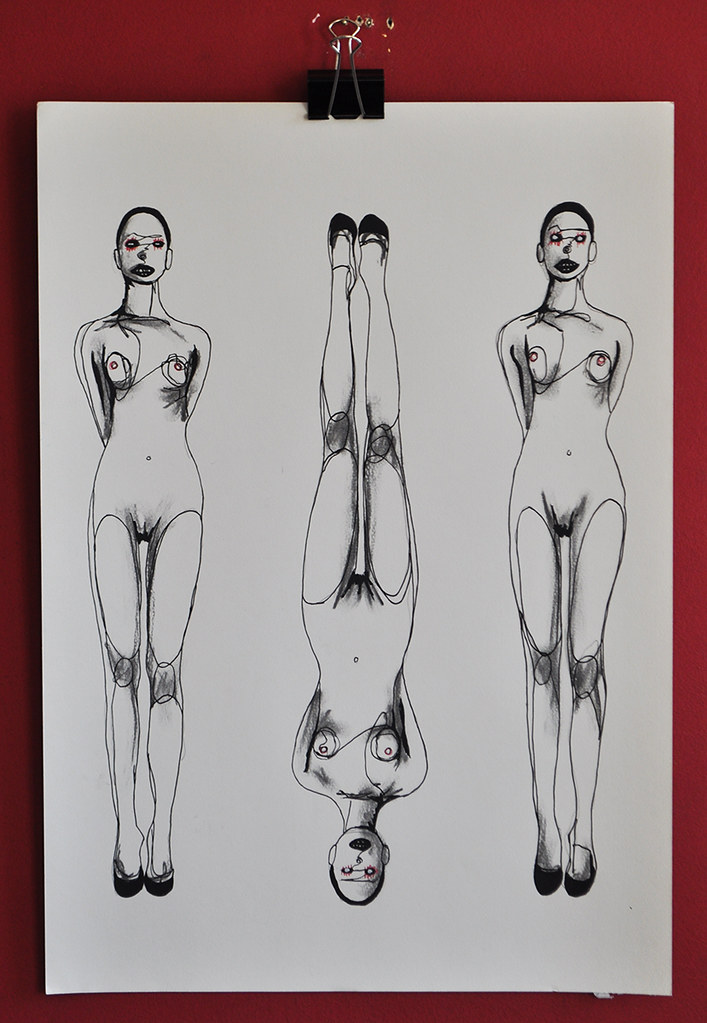 They say that three is the magic number and by looking at this picture you can certainly see why. Just check out this bevy of beauties who have decided to do a bit of sunbathing top to toe, well i suppose you’ve got to get it where you can with the British weather being what it is. There we were getting everything ready for the painting session when all of a sudden they all whip their clothes off and march in to the garden. Now I’m not one to complain when lovely ladies take their clothes off so i thought of the old adage if you can’t beat them join them and did exactly that.

Comments Off on Three 3 Three